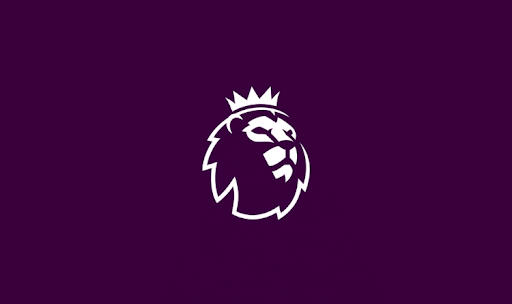 The summer transfer window opened on 10 June and will close on 31 August. We are keeping abreast of all the most important news to keep you informed about the biggest deals of the summer. Here you’ll find out all you need to know about EPL trasfers.

Arsenal will have a new Vieira. Not Patrick, though, but Fabio. One of the best assistants last season in the Portuguese Primera, the same league from which Bruno Fernandes came to Manchester United. It’s claimed that Fabio is on his way to London, with an official announcement coming soon. 22-year-old talent will sign a long-term contract until 2027.

Just for £35 million. 29.9 for the base payment and 5 for the add-ons. The information about the deal came out of the blue, there was not even a hint. It is also known that Liverpool were also eyeing the attacking midfielder, after buying Diaz the Merseysiders were excited and took the club on their radar. However, they were offering considerably less – £12.5m. And they weren’t very active either. Arsenal handled things beautifully – the transfer can really be described as a massive one, with a focus on the Champions League football. 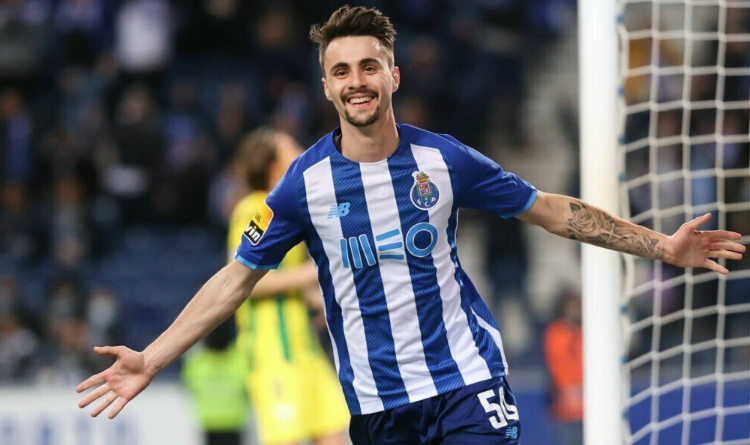 The midfielder represents a product of Porto’s system

The 22-year-old is a versatile player who can play a variety of roles in the centre. And perhaps even as a ‘false nine’, which is now in demand following Alexandre Lacazette‘s departure to Lyon as a free agent. It was he who fulfilled that function.

It is also likely that Mikel Arteta sees this player as a replacement for Granit Xhaka, to be paired with Thomas Partey. The fact is that Xhaka was very often (especially in the middle of the season) getting up into the opponents’ box, directly involved in the attacking action. Something of Manchester City’s style, although the Swiss was critically lacking in speed, so the new player fits perfectly under the Spanish specialist’s model.

In addition, none of the Arsenal players had such steep goal+pass figures last season. 16 assists and 7 goals in all competitions.

Gabriel Jesus, his representatives and family have arrived in England. They want to decide on the player’s future as soon as possible. Arsenal want to close the deal quickly and are leading the race for the City striker. The player wants to stay in the EPL.

At the moment, Arsenal are close to acquiring Jesus, who is valued by City at £50m, the English champion no longer has a need for the Brazilian, following the free transfer of Erling Haaland. The London club, who initially offered £30m, are very confident of closing the deal soon, Arsenal are of particular interest to him – after all, it was Arteta who unfolded him as a player, they have a great bond. Indeed, and a place in the starting line-up is guaranteed (something the player lacked at Man City, and something not every club can guarantee).

In essence, the transfer looks ideal and logical – this type of striker is the missing piece of the puzzle to build their tactical style. A definite Brazilian core of players is forming as well.

However, Mikel Arteta is frustrated with the club’s owners and fears that the Gunners will lose the striker should the quick-changing market force some club to enter talks more actively. The Spaniard is irritated by the slowness of the club’s business: any major transfer at Arsenal requires approval from the club’s American owners, and Arteta’s frustration with that model of working continues to grow. 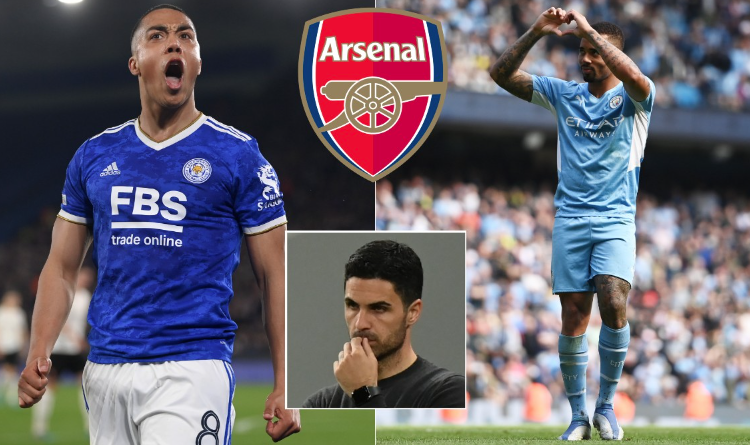 Arsenal are planning to sign Tielemans before the end of the month. He would like to move to a Champions League club, but none of the teams involved in Europe’s premier tournament have shown any serious interest in signing the Belgian, so Arsenal are confident of making the transfer after the Nations League is over.

Tottenham’s interest in the player has not been high and Spurs are unlikely to go after the Belgian after buying Yves Bissouma from Brighton.

In fact, a logical transfer too, given Arsenal’s problems in midfield due to Thomas Partey’s injury history and uncertain Xhaka future. 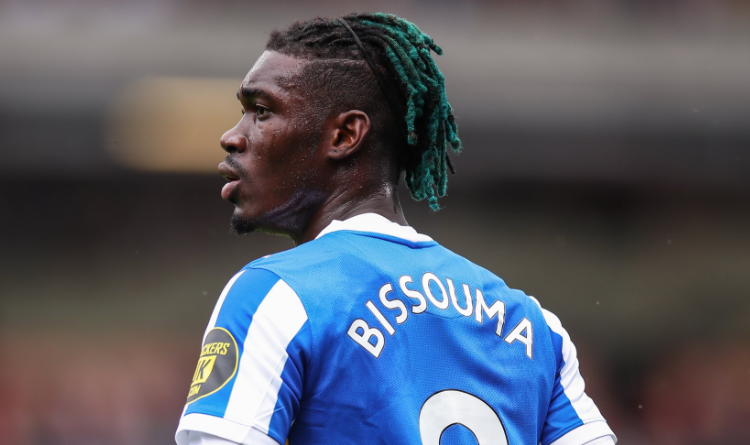 The player was in trouble with the law in the autumn. As of now, Bissouma is innocent and remains that way until proven guilty

Antonio Conte‘s wishes continue to be fulfilled. Following Perišić, Yves Bissouma moves to Tottenham. The versatile midfield soldier with no weaknesses either on or off the ball is one of the best in the EPL. A terrific combination of physical strength and football intelligence (position choice, decision making, timing actions, etc.) Dan Levy is applauded for a great price as well.

He’s a new-generation defensive midfielder who is not limited technically, with a good passing culture, still pushing the ball forward mainly through dribbling. Importantly, at Brighton, Bissouma played in a scheme similar to the one used by Conte – without a pure CDM. In general, he could be described as a box-to-box with a defensive bias. The Malian makes a tackle or interception every 18 minutes, as per stats!

Speaking of Perišić, the Italian has already had experience of working with the Croatian at Inter. The player knows what Conte needs. And Antonio, in turn, makes instrumental use of such players in his system. A logical and excellent deal. 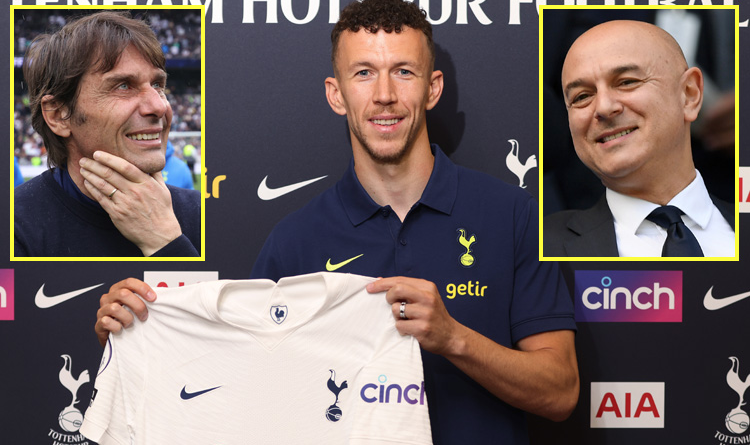 Liverpool were the clear favourites in the race for the striker as Nunez himself regarded Jurgen Klopp as “the best coach in the world”.

Van Dijk also played an important role in persuading Darwin to join the Reds. Virgil was extremely impressed with the forward’s game and put him on a par with Messi, Mbappe, Agüero and Haaland.

Liverpool are going to this expense because Núñez’s contract will cost the club quite a bit of money. The player, to put it mildly, will not be one of the highest paid in the team (115,000 euros a week).

Possibly the biggest and controversial transfer of the Premier League so far. Yes, the player netted a sensational 34 goals in all competitions this season and is remembered for his performances in the Champions League (scoring goals against Barcelona, Bayern). Last season, on the other hand, it was only 13 goals, although 12 assists made things seem smoother – though Portugal’s championship itself is rather weak in comparison with England. And in the 19/20 season, the player played in LaLiga2 at all. Buying a player for that kind of money is a big risk, will it pay off?

City have paid the 21-year-old’s release clause and expect to pay £85.5m in total when agent fees, signing bonus and other costs are taken into account.

Perhaps the intrigue of next season’s league title has diminished considerably given such a deal. The main transfer of the summer. The arrival of the 21-year-old Norwegian talent may be the reason why Pep Guardiola will finally be able to win the Champions League with the Citizens.

Steven Gerrard is heavily armed with great players, plus the transfer of Sevilla’s top defender will make it harder for Chelsea to achieve their main transfer target, Jules Koundé. Londoners wanted a player last season, but now it seems certainly not feasible. The acquisition was one of the first this summer, perhaps the rush is due to this. Don’t let Chelsea make the move first.

A very promising young player. It seems that he was a very long time on the radar of the club, which did not hesitate for a second, remaining in the Elite.

The player performed well in Birmingham on loan. Barcelona went to club-friendly terms to offload their huge payroll. And the Brazilian himself agreed to a lower salary in return for being the main star of the team.

The best midfielder in the Championship was the key to Fulham’s success in reaching the Premier League. As is usually the case, all the cream is removed by the giants of the league. Level up.

The young talend was voted the best GK in MLS this season. There is a high possibility that Bernd Leno will change the club this summer.

Another young lad from Brazil, we will see if he can repeat after his compatrion Gabriel Martinelli. The promissing player.

A good transfer, rich goalkeeper experience will definitely not hurt the team.

Again. Aston Villa are planning a very serious campaign for the coming season. The young player, one of the keys to Marseille’s Champions League qualification, will be very interesting in the EPL.

And here are some stars leaving the strongest league in the world:

“My thought process is to show Manchester United that they made a mistake in waiting to give me a contract. How can you tell a player you absolutely want him and offer him nothing? I’ve never seen that”.

said the player after Manchester United did not offer him a new contract.

The player wanted to earn more than £290,000 a week. And this is all considering his worst season at the club. Seems like Mino Raiola strategy has failed. So far, the most likely destination for the Frenchman is PSG.