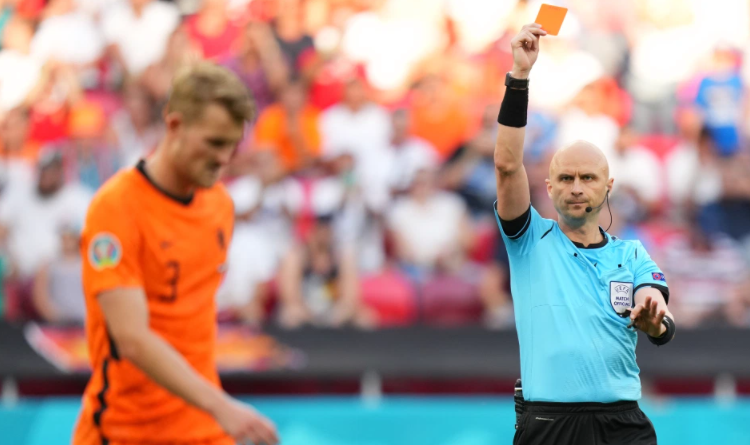 The Netherlands have been shown four red cards at the EUROs, with two coming against Czechoslovakia (both in 1976) and two against the Czech Republic (2004, 2020)

At the start, Frank De Boer’s team were pushing to score, but the Czech defence was solid always managing to neutralize the threat.

And then, in the second half, the real drama happened: in the 55th minute, the Russian official sent off Matthijs de Ligt for intentional handball. Sergey Karasyov initially dished out a yellow card to the Juventus defender before being referred to the pitchside monitor by VAR, where he then overturned his original decision to the straight red card.

In the 68th minute, Czech midfielder Tomáš Holeš opened the scoring, and then forward Patrik Schick netted in the 80th.

The Czech Republic will face Denmark in the quarter-final, the match will be held in Baku on the 2nd of July.