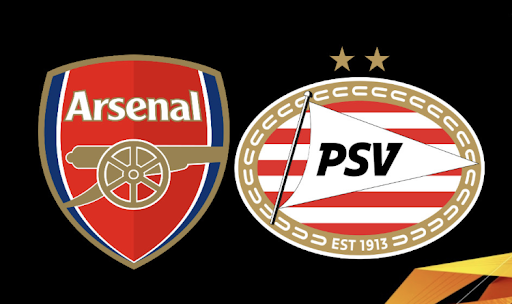 Arsenal will host PSV Eindhoven in the UEFA Europa League group stage match at the Emirates Stadium. The fixture will take place on October 20, beginning at 22:30 IST.

The postponed match between Arsenal and PSV will finally be kicked off this midweek. The teams were unable to play due to a declared mourning period in England. Interestingly, even after missing one round, the clubs continue to hold on to their lead in quartet A. The English are first with 9 points under the belt, while the Dutch are second with 7.

No wonder that these particular squads are the main contenders to get out of their group right now. FC Zurich are simply not ready to compete at this level, while the Norwegians simply have not enough class and quality (especially in finishing) to beat strong opponents.

The upcoming games between Arsenal and PSV will decide the fate of first place. Victory in this match guarantees EPL leaders a play-off place in the tournament. For Philips Sport Vereniging, the task is a little bit more difficult, despite the fact that the lads of Ruud van Nistelrooy have already guaranteed a place not lower than third, in the case of victory, the Red & Whites will be continuing the fight for a direct entry to the 1/8 finals of the tournament with a better chance, on equal terms with the Londoners.

Both attacking teams approach the match in great form, which means that we are going to see a match of the highest grade, something that promises to be quite entertaining.

Arsenal look marvelous in the new season, being one of the youngest clubs in the English Premier League in terms of average age, they are leading the championship and also confidently topping the group in the Europa League.

In Europe, Arsenal outplayed Zurich 2-1 away, Bodø-Glimt 3-0 at home and 1-0 away. The last match against the Norwegians has proved to be an unusually difficult one, but that didn’t stop the resurgent Londoners from taking all 3 points. What awaits them ahead is arguably their toughest opponent in the current UEL campaign.

However, the Gunners are full of confidence and determination to continue their winning run, with another much-needed boost having arrived just this weekend. All the more so, the squad now looks much more cohesive than when the match was originally due to take place on 15 September.

Back then, by the way, the Londoners just started their winning streak, which has now grown to seven games in a row. In total, Mikel Arteta’s side have won 12 games in 13 meetings of the two tournaments with a remarkable 30-11 goal difference. In four of their last six games, Arsenal have registered a clean sheet.

This all comes from the extraordinary balance of the lines, although the Gunners’ attacking line, which is feeling as prolific as Manchester City’s, stands out in particular. The Londoners have plenty of chances to win, even in a goal shoot-out. Arsenal have consistently scored three goals in their last three home games, so the visitors from the Netherlands should definitely be worried about the result.

The atmosphere is particularly positive as the Gunners managed to beat Leeds United 1-0 on the road in the last round of the EPL. Although, judging by the difficulties in the last two matches with the similar scoreline, Mikel Arteta has a serious reason to be concerned, as his boys seem to be in decline. Perhaps it’s all about certain fatigue, as it is very difficult to rotate the squad due to the short bench.

The author of the only and winning goal at West Yorkshire was Bukayo Saka, who has picked up excellent form in recent weeks. He netted in the 35th minute thanks to an assist from captain Martin Odegaard. This goal propelled the 21-year-old, who has been voted 8th in the Ballon d’Or Kopa trophy rankings, to the top of the club’s top goalscorers (5 goals and 4 assists). Gabriel Jesus, one of this summer’s top transfers, shares the same record. In the Europa League, by the way, the best scorer is forward Eddie Nketiah. The young gun added two goals and an assist to his book.

However, this was only the beginning as the Londoners were in for a real scrap afterwards. With plenty of chances created, the hosts had a 100 % opportunity to equalize, but Patrick Bamford missed the target from the 11-metre mark. It is a bit strange how the team that was fighting for survival the whole 21/22 season was able to cause so much trouble for the leader. And the stats here below are only underlining the worrying trends: xG 2.02:0.82; shots 16:9; shots on goal 4:4; corners 6:3; attacks 91:106; dangerous attacks 55:31; crosses 19:8; tackles 26:17.

Either way, thanks to episodic struggles and their ability to get a result in difficult situations, Arsenal are leading the table with 27 points, and it is not surprising anyone any more. The gap to second-placed Manchester City is now four points. Arsenal will retain first place in the EPL for at least one more round, even if they lose the next meeting.

Three players will not be able to help their lads at once. Defender Oleksandr Zinchenko, midfielders Mohamed Elneny and Emile Smith Rowe will not play. Gabriel Martinelli is questionable.

PSV cannot boast the same advances as their opponents. The club from Eindhoven have already made mistakes, both in the European competitions and in the domestic league. In fact, the team had aspired to play in the UEFA Champions League, but Ruud van Nistelrooy and his charges slipped out of qualification, losing to Rangers.

However, nothing fatal or critical has happened yet in principle, the lads from Eindhoven are not losing hope of winning anything this season. They are now on a four-game winning streak, considering all the tournaments.

In their last Eredivisie game, PSV thrashed Utrecht 6-1 at home. Xavi Simons, Guus Til and Anwar El Ghazi each scored a double. Ki-Jana Hoever got the double assist.

For the Red and Whites this is their third smashing victory in October in all competitions. Now with 24 points from 10 games, the Lightbulbs are literally on the heels of the leading Ajax, trailing by only 1 point.

The team’s profile is exceptionally attacking, with Rotterdam averaging an incredible 3.53 goals on the season. The team’s offensive group looks impressive, even despite the doubt about Luuk de Jong’s participation in the next match. Good news is that the team’ main star, Cody Gakpo, is in terrific form. The Netherlands international has scored three goals and made three assists in the last four games.

Not surprising for anyone, the 23 year old from the PSV academy is having a stunning season, recording 13+11 in 18 games. That’s who the London coaching staff will definitely be focusing on when preparing at Colney.

Apart from the Dutchman, van Nistelrooy has more than enough players who can influence the game. UEL’s recent two wins against FC Zurich by a combined score of 10-1 are impressive. However, Arsenal are nothing like the Swiss club. The Gunners will not play that poorly defensively, especially infront their own stands. Ruud must take the preparation of his charges very seriously. The Farmers have something to work on for sure, as 14 conceded goals in 10 games is the worst figure among the top 8 Eredivisie.

What could be a real let down for the Netherlands at the Emirates is the injury blow, with 7 players on the sidelines. Still, the recent record has shown – the Lightbulbs are having everything to fight with major clubs right now.

The rivalry between the teams has a history of six games. Arsenal have twice won, with three draws and one defeat from the Netherlands side. The goal difference is 7-3.

Statistical preview of the match Arsenal vs PSV:

“It is really important to win the group. In Europe when you have the chance to take advantage you have to do it. It’s always very unpredictable what can happen in the next game. You have to go away and we know the level of the other teams as well. What I can say watching them [PSV] and what they are doing domestically, internationally, [it will be] a really tough match.”

“I think PSV is a really good team. I think what Ruud has done with his team, the way they play, you just see the amount of goals they are scoring in their domestic league, the way they are performing in the Europa League as well, they are a really dangerous team.”

“Where we want to be is at the top and being the best team in the country. In order to do that, you are going to face teams that want to beat you, and is going to build that rivalry to a different level. We have already experienced things like that.”

“When you arrive at Arsenal, the games we played at Highbury and Old Trafford of course are crossing my mind. That’s why I expect a warm welcome here tomorrow.”

“They’ve had a great start. It’s 10 games into the season, with nine wins, so an amazing start for them. The way they’re playing, the way Arteta is developing his team, the style of play, with a very young side. It’s a very promising team that is a joy to watch.”

Arsenal are virtually guaranteed a place in the Europa League play-offs. To avoid dropping below second place, one point in three games is enough. To avoid the 1/16 final games and get straight into the 1/8 finals of the UEFA Europa League, they need to retain their first place. Thus, Mikel Arteta’s guys are motivated. PSV will play Arsenal twice in the current tournament and perhaps the fate of second place in the group will be played out in a head-to-head battle between PSV and Bodø-Glimt. It will be difficult for the Eindhoven side to pick up points against the EPL leaders, but with a 3.5 goals-per-game record, they are coming to London in a fighting mood.

So, when both opposing teams look very sharp offensively, we should also expect to see a goal exchange, and perhaps even an abundance of goals. At home, the Gunners are not going to bunker down and guard their minimal lead, especially in front of loud home stands. We look forward to a classy and productive match.