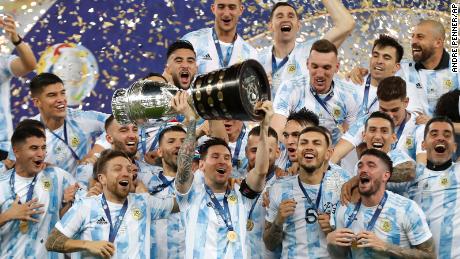 Argentina beat defending champions Brazil 1-0 in the 2021 Copa America final to lift the prestigious continental trophy after a gap of 28 years.

Angel di Maria scored a goal in the 21st minute and the effective Argentine defense stood up solidly and kept a clean sheet to ensure the nation’s first Copa America win since the 1993 edition.

The win on Saturday night ensured that Lionel Messi, one of the best footballers to ever play the sport, will not retire without a major international trophy to his name.

Brazil manager Tite fielded the same group of players that defeated Peru 1-0 in their semi-final clash a few days back.

On the other hand, the Argentina manager decided to shake things up after seeing his side struggle against Colombia before eventually coming out on top in the penalty shootout. Angel Di Maria, Marcos Acuna, the fit-again Cristian Romero, Gonzalo Montiel, and Leandro Paredes came in for Nicolas Gonzalez, Nicolas Tagliafico, German Pezzella, Nahuel Molina, and midfield lynchpin Guido Rodriguez in the starting XI for the big finale.

La Albiceleste started the first half brightly as the forwards were on the front foot creating chances in the first few minutes and they were justly rewarded for their efforts just past the 20th-minute mark. Atletico Madrid left-back Renan Lodi failed to deal with an incisive long-range pass from Rodrigo de Paul and Di Maria punished arch-rivals Brazil by lobbing the ball over Manchester City goalkeeper Ederson. 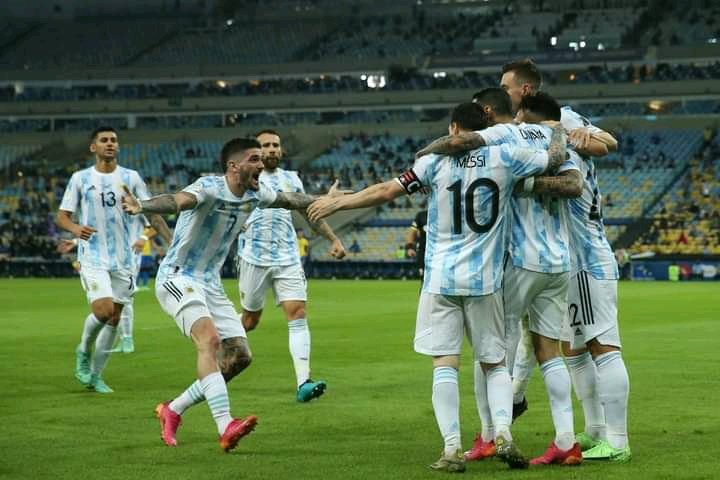 After the goal, it was all Brazil as the Argentine defense sat back and camped in their own half to preserve their slender lead. Neither team could muster an opening till the half-time break as Neymar’s set-pieces were underwhelming on the big stage.

The Selecao came closest to scoring when Richarlison had the ball in the back of the net but the goal was rightly chalked off due to an offside. In the second half of the high-stakes battle, Tite’s team attacked with passion, grit, and often desperation as semi-final hero Emiliano Martinez had his heart set on the clean sheet.

Messi could have scored with only two minutes left on the clock but the Argentina legend spurned the opportunity after a breathtaking solo run and a clever one-two pass with Lautaro Martinez.

In the battle of the two giants of South American football, Argentina came out on top to end a long wait to finally win a major international trophy with Lionel Messi at the heart of the success as the Barcelona star player bagged the ‘Top scorer of the tournament’ and the ‘Best player of the tournament’ awards.