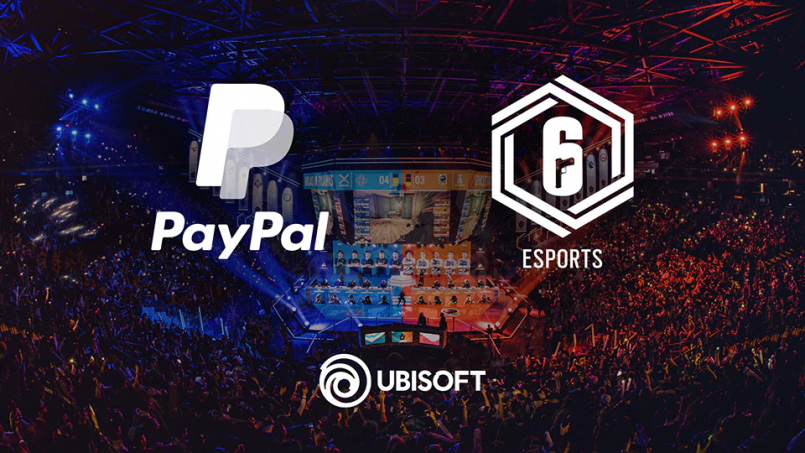 Ubisoft, one of the most renowned game developers in the world, has announced the extension of its partnership with online payment giants PayPal on Thursday. The renewal will see the two powerhouse organizations intertwined until at least September 2022.

The deal also confirms that PayPal will remain as the official payment method or platform for all in-game purchases and most of the upper-ranked tournaments throughout Ubisoft’s prized asset — the Rainbow Six Esports circuit.

Ubisoft’s Senior Vice President Sales and Marketing, Geoffroy Sardin, expressed his pure delight regarding the deal in a press release:

“We are happy to welcome back PayPal as a key partner to accompany us as we keep on growing our Rainbow Six Esports scene. PayPal highly contributed to the success of our previous esports leagues and events, and we’re confident they will continue offering the great experiences and content we envision for our community.”

The high profile tournaments that feature in the deal include both the North American and European Rainbow Six: Siege leagues (along with their finals), the (Rainbow) Six Invitationals and the May and August (Rainbow) Six Majors. To add to that list, the partnership will also cover the much-awaited Rainbow Six World Cup, which is slated for the summer of 2022, after being pushed back by Ubisoft from its initial December 2020 inauguration, predominantly because of the global pandemic.

Geoffroy Sardin remarked about the tournaments ahead:

“We are excited to kick off our collaboration with the European League Finals and North American League Finals this January and to unveil the full extent of the partnership over the months to come.”

PayPal got its foot through the eSports door too by teaming up with Ubisoft, the French developers of the famous Rainbow Six franchise, back in November 2018. The deal was a successful venture for both parties and through this latest extension, PayPal, the most used online payment platform in the world, intends to solidify its position as one of the most key partners of the ever-growing Rainbow Six Siege global community. It intends to do so by offering attractive incentives to the fans and followers of Rainbow Six Esports, at the innumerous live events all over the world and also by producing additional and better content.

PayPal’s Vice President of Consumer Marketing, Jill Cress, was also overjoyed with the deal. He stated:

“Video games are at the heart of the digital industry and are expected to grow continuously to $200 bln (~£146.6 bln) in the coming years. On its own, esports already accounts for an audience of more than 92 million enthusiasts in Europe and is expanding at a fantastic pace with unprecedented community engagement. We are happy to collaborate with Ubisoft once again to offer to their community new and exclusive experiences.”

PayPal’s collaboration so far within the eSports world has solely been credited with Ubisoft and Rainbow Six Esports. That stat alone signals only towards a fantastic and burgeoning working relationship between the two giants. Whether or when PayPal decides to widen its range inside the gaming fraternity is a matter of great interest. More such collaborations, though, are a highly likely possibility for the ace online payment platform.