The returning Ravindra Jadeja will add more firepower to a ruthless India, who are faced with the problem of plenty, as they eye a clean sweep of West Indies in an inconsequential third ODI in Port of Spain on Wednesday.

Visitors India head into the final match of the series after having ticked almost all the boxes in the first two games, which they won comfortably. Jadeja who sat out of the first two games due to a niggle will be back in the team alongside bench players Arshdeep Singh and Ishan Kishan although Rurturaj Gaikwad might have to wait until the Zimbabwe series to make his ODI debut for the Men in Blue.

In all probability, all-rounder Deepak Hooda would have to make way for Jadeja in the playing XI, whilst Ishan Kishan is expected to make way for Suryakumar Yadav. In the bowling department, Arshdeep Singh is set to play in just the second game of his career in place of Avesh Khan.

Meanwhile, the West Indies, who have already conceded the series, would be looking to put up an improvised show with the ball and regain some lost ground. The hosts would wish that their bowlers step up in the final game of the series after having failed to restrict India to below 300 plus totals in both of the games. The bowling of both the West Indies and India are struggling in the tour, so we can expect enough runs in both innings.

It was a nail-biting scenario for Team India as they clinched the first ODI in emphatic style to take a 1-0 lead in the three-match ODI series. After missing out on a hundred, Shikhar Dhawan-led visitors were made to sweat as it took a final ball flourish for Team India to win by three runs and secure the win.

Mohammed Siraj and Prasidh Krishna defended 38 off the last three overs – weathering an onslaught from Akeal Hosein and Romario Shepherd – to seal a three-run win. This was after the fifties from Shikhar Dhawan (97), his opening partner Shubman Gill (64) and No. 3 batter Shreyas Iyer (54) helped India to 308.

Invited to bat, India posted a mammoth 308 for 7 with captain Shikhar Dhawan top-scored with a 99-ball 97. Shubman Gill and Shreyas Iyer chipped in with 64 and 54 respectively. Chasing a record target, the West Indies could only score 305 for 6 in 50 overs. Kyle Mayers top-scored for the home side with 75 while Shamarh Brooks and Brandon King contributed 46 and 54 respectively. 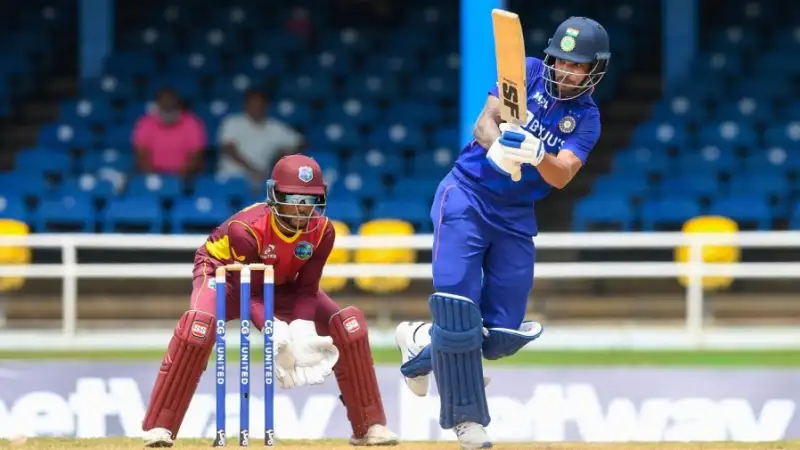 The West Indies needed 15 off the final over for a record chase at Queens Park Oval but Mohammed Siraj was able to stop a rampaging Romario Shepherd (38 not out off 25).

Meanwhile, Axar Patel’s career-best 64 not out off 35 deliveries proved to be a match-winning hand as India kept a spirited West Indies side at bay again and clinched victory by two wickets in the second ODI of the three-match series on July 24.

Patel came up with his most explosive knock for India when the visitors had their chips down, feeling the heat at 205/5 in the 39th over and needing over 10 runs an over. But the spin all-rounder kept India in the hunt with a flurry of boundaries. He hit three fours and five sixes in total, including a final over six to seal the deal for his side.

With six required off the last three deliveries, the left-hander smashed a full-toss from medium-pacer Kyle Mayers down the ground to finish off the proceedings for his team and clinch another series victory for India. 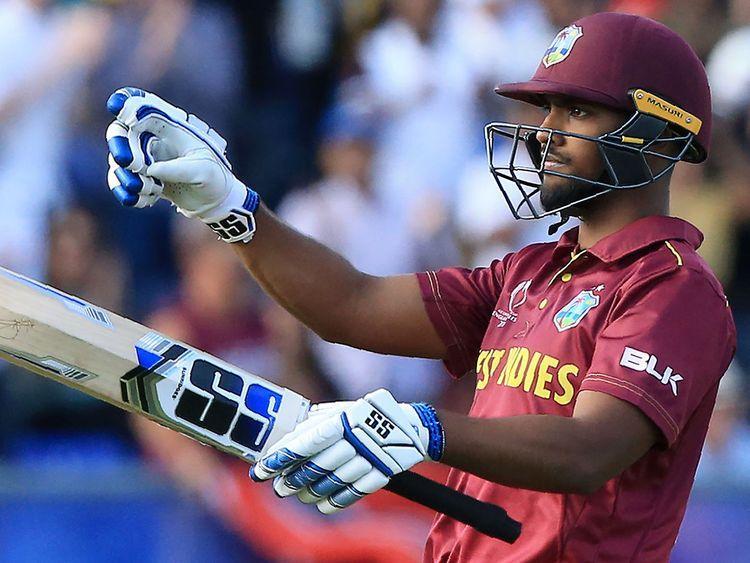 Nicholas Pooran (West Indies): Nicholas Pooran has been an important player for West Indies. The left-hand batter has scored 1293 runs from 43 innings in the fifty-over format at an average of 35 and strike rate of 94. Pooran has one hundred and nine fifties to his name. He played a crucial knock of 73 on a difficult pitch in the last game against Bangladesh and picked a wicket.

Shikhar Dhawan (India): Shikhar Dhawan has been one of the pillars of Indian batting in the fifty-over format in the last decade. The left-hand batter has amassed 6420 runs from 153 matches at an excellent average of 45 while striking at 93. He has 17 centuries and 36 fifties to his name in ODI cricket. Dhawan was outstanding in the first game of the series, scoring 97 off 99 balls.

Even though the current form and momentum are heavily in favour of the visiting side, the hosts still can’t be ruled out from the winning equation. They will be playing for their pride in the final bout and will leave no stone unturned to get away from the whitewash scare. West Indies is the favourite to win this encounter and stands with pretty high chances to march towards the clean sweep.