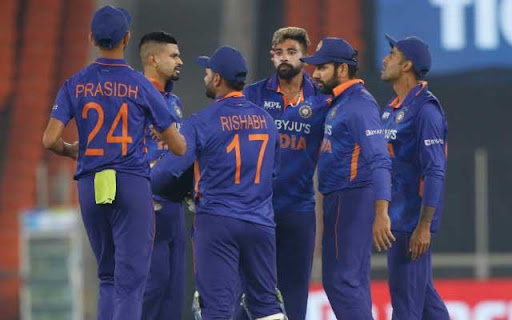 Team India thrashed West Indies by 68 runs in the 1st WI vs IND T20I cricket game to take the lead in the five-match series. Despite losing the toss, the Men in Blue thoroughly dominated the contest in Trinidad.

Asked to bat first, India rode on their skipper Rohit Sharma’s fifty and Dinesh Karthik’s whirlwind knock of 41 not out to post 190 for 6. In reply, West Indies never really looked like chasing down the total.

With Indian bowlers putting up a disciplined show, West Indies’ innings never got the impetus to chase down the big total. The hosts eventually finished their innings on a modest total of 122 for 8.

With form and momentum on their side, Team India would be looking to continue their winning run in the Caribbean on the ongoing tour. West Indies, on the other hand, will be desperate to finish on the right side of the result after losing four times (3 ODIs, 1 T20I) to India at home.

India has been exceptional in the format having won 19 of their last 22 completed games in the format since losing to New Zealand in the T20 World Cup in UAE. The only three losses they suffered during this period were against a full-strength South African team while the Men in Blue were playing their reserve players in lieu of the rescheduled fifth Test against England at Edgbaston and another loss against England.

The team from Asia have in fact been very dominant in the format, winning five of their last six bilateral series again only drawing to the aforementioned South African team during this run. The team, who were touted favourites to win the 2021 T20 World Cup however would face a stern test against a hard-hitting and positive playing West Indies team in conditions that are alien to the visitors. 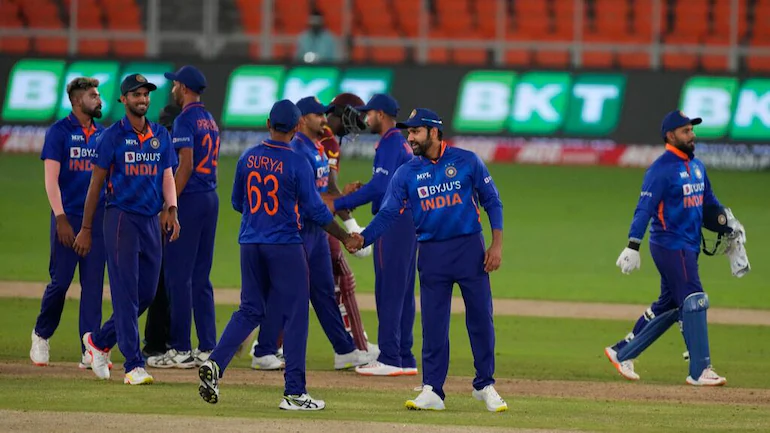 West Indies, meanwhile, have had a topsy turvy performance in the last eight months. Since the end of the 2021 T20 World Cup, they have been involved in four T20I series having won two against England and Bangladesh at home. However, they have also lost both of their away bilateral series during this run which includes a three-match series against India wherein they suffered a series white-wash.

The Men in Maroon have lost nine of their last 15 games in the format including three against India which prompted the hosts to change their leadership structure. However, since Pollard’s retirement and Pooran’s assumption of the captaincy role, West Indies have been defeated in T20Is just once out of four games.

India has been dominant over West Indies when it comes to men’s T20I internationals. The two sides have played each other 21 times in the format and the Men in Blue have been victorious in 14 of those games. Windies, meanwhile, has won six of the encounters played between the two sides. One game has also been abandoned between the two sides that were played in the United States. 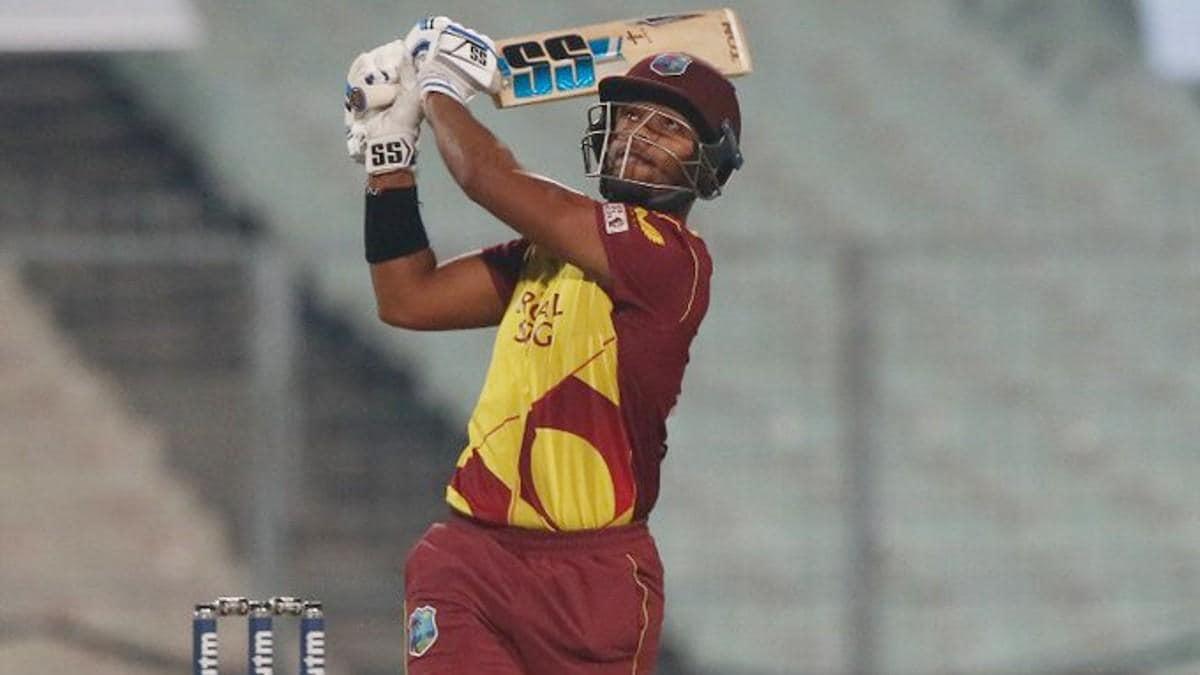 Nicholas Pooran (West Indies): Nicholas Pooran is amongst the most promising middle-order batters in limited overs cricket. The left-hand batter has done pretty well in T20 internationals, scoring 1319 runs from 61 matches at an average of 29 and strike rate of 131, including nine fifties.

Pooran has found some form, having smashed 74* in his penultimate T20I inning. He also scored 73 in the final ODI against Bangladesh and 74 in the second ODI against India.

Suryakumar Yadav (India): Suryakumar Yadav didn’t have a great time in fifty-over cricket but he should enjoy the shorter format more. The right-hander has been magnificent in T20 cricket lately and his penultimate innings was a sensational 117 off 55 in the third game against England.

SKY has an outstanding record in T20Is, scoring 561 runs in 18 innings at an average of 37 while striking at 176. Having already smashed one hundred and four fifties in the format, SKY remains a key player for India.

An exciting game is on the cards between these two nations full of star operators in the T20 format of cricket. West Indies boasts some serious firepower with the bat and the Indian bowlers without key players such as Bumrah and Chahal may prove vulnerable across this match.

However, the strength-in-depth of India is unmatched, and they will still field a fearsome bowling attack here. Whilst this second T20I is likely to be a closely fought contest, India has proven their worth in terms of coming out on top in tight encounters, with their players clutching up when matches are in the balance and given India had registered a comprehensive victory in the first T20I as their batting and bowling fired in unison.

A change of venue will not change the equations as India are still the favourite to win the second T20I and take a 2-0 lead. With that in mind, back India to record a narrow victory here.