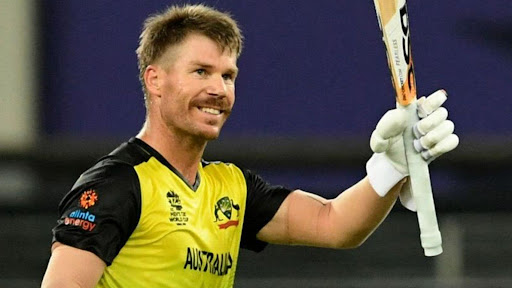 Warner says batter have only themselves to blame

Run-out at non-strikers end remains a “spirit of cricket issue” for Australian opener David Warner who believes that batters have only themselves to blame if they end up being dismissed in such a manner.

Run-out at non-strikers end remains a “spirit of cricket issue” for Australian opener David Warner despite the MCC amending its code to remove it from “unfair play” laws even though he believes that batters are the ones solely at “fault” if such a dismissal is affected.

Custodian of Cricket laws, the MCC has decided to move the law relating to run-outs at the non-striking end from its “unfair play” section. It relates to run-outs at the non-striker’s end when batters back up too far and have often triggered heated debate on the spirit of the game. It is one of the nine changes that the MCC made to its code, which is set to come into effect from October this year.

“I still think the history of the game suggests it’s a spirit of cricket thing… You don’t expect players to do that,”

Warner was quoted as saying by ‘news.com.au’ ahead of the second Test against Pakistan beginning in Karachi on Saturday.

“I do agree with the fact that if you are backing up, and you’re out of your crease by a long way (you are fair game).

Warner said batters have only themselves to blame if they end up being dismissed in such a manner.

“There’s no doubt about that, and if you’re silly enough to get caught out like that and run out, that’s your fault. You’re told not to leave before the bowler lets the ball goes, so just don’t do it,”

The first dismissal came to be known when the Indian legendary all-rounder Vinoo Mankad twice ran out Australia opener Bill Brown at the non-striker’s end, once in a tour game against an Australia XI at the SCG in 1947, and then again in the second test of the following series.

Warner does not believe the switch from “unfair” to “legitimate” will cause bowlers to pursue such a dismissal more often as it would only slow down the game.

“I think what’s important for the game of cricket is that bowlers don’t be looking for that, because then you’re going to slow the game down even more,”

“I know from before, being a captain, it can be frustrating and you’re taking time out of the game.

“So there are some areas there that need to be addressed, but that’s on an individual basis,”

While, Broad termed as “unfair” the MCC’s decision to legitimize ‘Mankading’, a run-out dismissal at the non-striker’s end, saying it requires ‘zero skill’.

Many more players like India’s off-spinner Ravichandran Ashwin have supported it as a fair mode of dismissal.