Virat Kohli is the captain, I am his deputy: Ajinkya Rahane 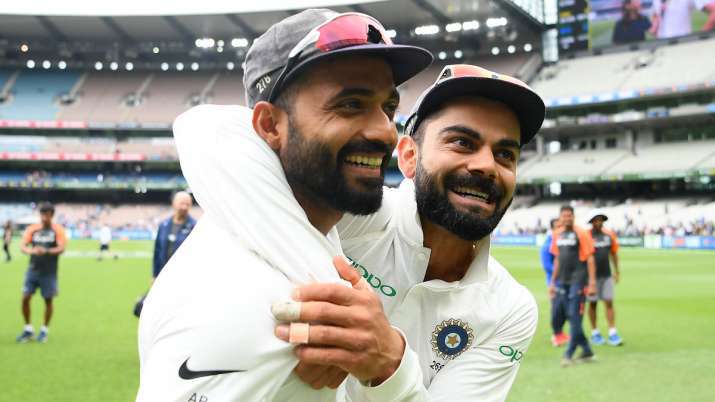 Ajinkya Rahane has categorically denied that there is any possibility of him taking over as the full-time captain of the Indian cricket team, following their incredible test series win in Australia which sparked a debate in the Indian cricketing circles as to who was the best man to lead the national team.

Following the return of Virat Kohli from the Australia test series after the first match in which India were bowled out for a historic low score of 36, Rahane not only took over the reins but also inspired a severely depleted Indian team which was without frontline players and battled many issues ranging from racism to and strict quarantine rules to thrash Australia in their own backyard.

India’s historic 2-1 win Down Under has urged many former cricketers and fans to demand for split captaincy, with Rahane being touted as the best man to lead in the longest format of Rohit Sharma to take over in the T20 format of the sport.

“Nothing changes. Virat was and will always be the captain of the Test team and I am his deputy. When he was absent, it was my duty to lead the side and my responsibility to give my best for Team India’s success,”

“We have always backed each other’s game. When we are at the crease, we discuss threadbare about opposition’s bowling. We caution each other whenever one of us plays a rash shot,”