Velocity plays Trailblazers in a virtual knock-out game on Thursday

The third and final league stage game of the 2022 Women’s T20 Challenge will see the Velocity lock horns against the Trailblazers on Thursday evening. This is a must-win encounter for the Smriti Mandhana-led side losing their opening game against the Supernovas.

However, Velocity has made their job easy trouncing the Supernovas and the net run rate won’t matter now for Velocity, if they win this match, they will qualify for the final.

The Trailblazers started the tournament on a horrendous note as they suffered a massive defeat against the Supernovas on Monday, going down by 49-runs in that game. The Trailblazers don’t just need to win the game, but they need to win convincingly if they are to qualify for the finals at the expense of Velocity by virtue of superior net run rate.

Meanwhile, Velocity only needs a win to top the table and make it to the finals. They can however be ousted if they suffer a massive defeat in this game. However, that is very unlikely courtesy of the Trailblazers suffering a thrashing by Supernovas on Monday. 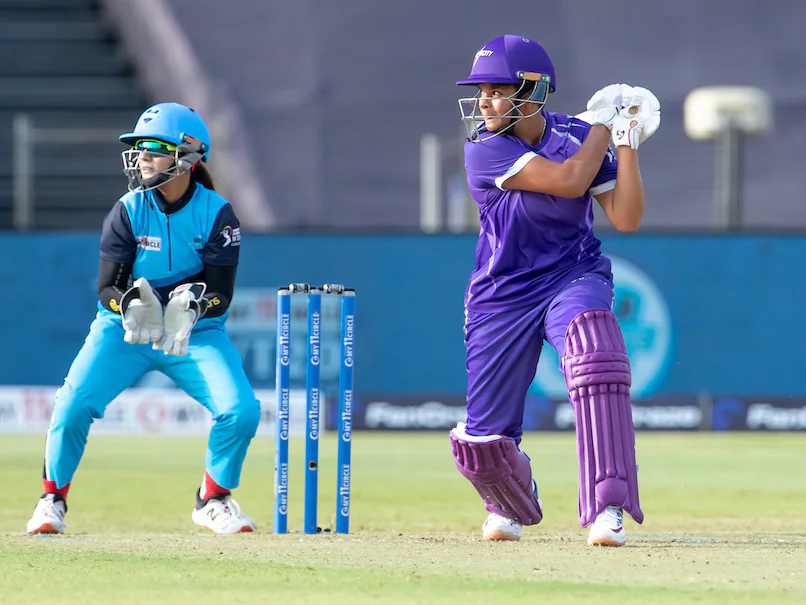 Shafali Verma top-scored for Velocity against Supernovas on Tuesday

Velocity started the tournament with a bang defeating the Supernovas by seven wickets with 10 balls to spare. Winning the toss, the Deepti Sharma-led side chose to bowl first and restricted the Supernovas to 150 for the loss of five wickets in 20 overs courtesy of Hayley Matthews’ three-fer. The Women in Purple then chased down the target inside the 19th over, thanks to a counter-attacking innings by Velocity opener Shafali Verma.

Meanwhile, In the opening match of the tournament, the Trailblazers lost the toss and were asked to bowl first. Courtesy of Harmanpreet Kaur’s 37 runs the Supernovas were bundled out for 163 in 20 overs thus handing the Trailblazers a target of 164 runs. However, the Women in Pink never got going in their chase of 164, losing the game by a massive 49 runs to almost virtually knocking themselves out of the tournament due to a massive negative run rate.

Sneh Rana (Velocity): Experienced India all-rounder Sneh Rana is one of the dependable players in world cricket right now who can turn the table single-handedly with her all-round show. She was in formidable form in the Women’s World Cup earlier this year finishing with 10 wickets in 7 innings.

Ever since she returned to the team a couple of years back after more than 5 years, she has become a regular face on the team and her all-round abilities have been helping the side across formats too. She recently led Railways to another T20 title win and being the deputy of Deepti Sharma, her form will help the side to do well in the tournament as well.

Although she didn’t pick up a wicket in the previous game, she was very economical bowling in tight lines and lengths. She gave 25 runs at an economy rate of 6.25 in the four overs she bowled against Supernovas on Tuesday. 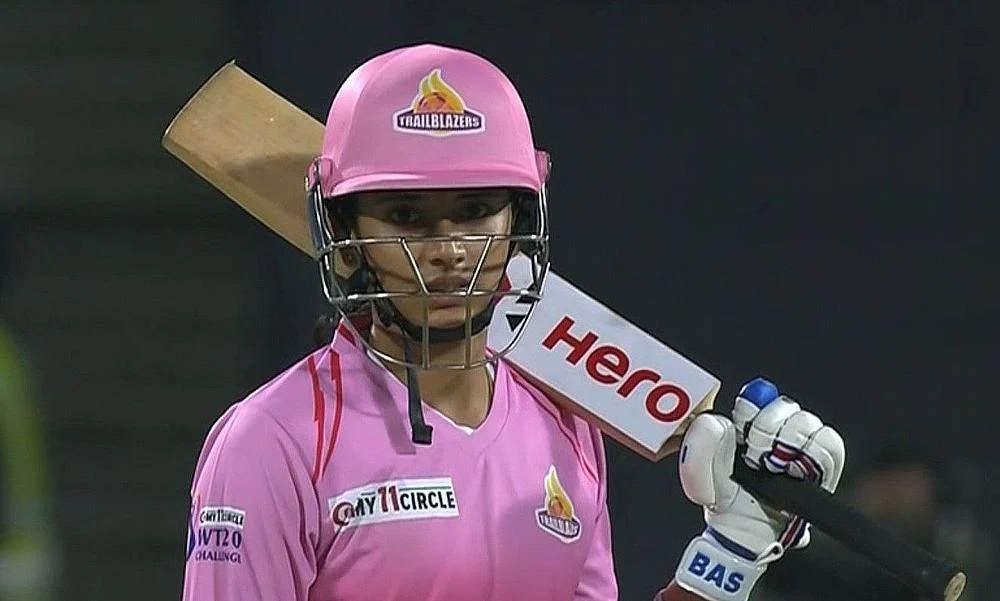 Mandhana top-scored against Supernovas on Monday

Smriti Mandhana (Trailblazers): Smriti Mandhana was the highest run-scorer for Trailblazers in the Women’s T20 Challenge in 2020. She made 107 runs in 3 matches at an average of 35.66 and a strike rate of 109.18.

In fact, the Trailblazers skipper is the second leading run-getter of the tournament having scored 207 runs across the three seasons of the competition. She was in fact also the top-scorer for the Women in Pink in their first game against the Supernovas on Monday.

Mandhana was also in red-hot form in the 2022 ICC Women’s ODI World Cup becoming the tournament’s seventh leading run-scorer and India’s best with 327 runs. She averaged 47 in the competition and had a ton and two fifties to her name.

Velocity was brilliant in their opening game of the Women’s Challenge 2022 on Tuesday. They have a well-balanced unit, that fired in unison to defeat the Supernovas comprehensively. With Velocity riding high with confidence after that win, it will take something special from their opposition to stall their progress.

The Trailblazers have got a good amount of experience on their side but will have to be on their toes to beat the Women in Purple. Velocity has all their bases covered and start as the heavy favourites against the Trailblazers to qualify for the finals of this year’s Women’s T20 Championship.