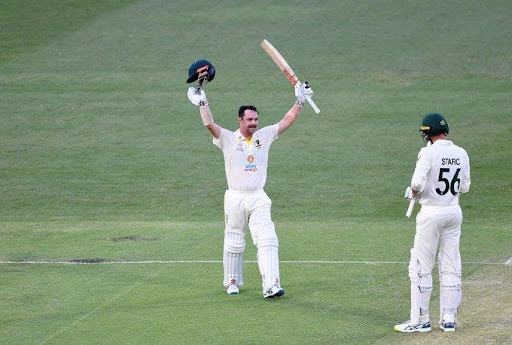 Travis Head smashed a blistering century to crush England hopes on day 2 of the first Ashes Test against England at the Gabba.

Travis Head played a blistering knock of a ton on day 2 of the first Ashes Test against England at the Gabba to give his side a form command of the Test.

At the end of the day’s play, Australia was 343-7, which included a lead 196 after England got dismissed in the first innings on 147.

Head scored a total of 112 runs off 95 balls alongside Mitchell Starc playing at the other end on 10*.

Head came to the crease when Australia was 189-3 after Steve Smith edged himself to Jos Buttler off Mark Wood.

David Warner (94) then lost his precious wicket and Cameron Green departed off Robinson’s accurate seamers after the break, with Australia the scorecard with 89.

But the 27 year old up the ante with an aggressive role and he was harsh spinners especially on Joe Root and Jack Leach.

His century includes two sixes and 12 boundaries in his century, his third century overall, and his first since the Boxing Day Test against New Zealand in 2019.

Leach ended on the figures of 1-95 from 11 overs, failed to get any control with the ball, and with Ben Stokes also struggling on his fitness issues, skipper Root had to put his hopes on his three-man seam attack.

Earlier, Warner rode his luck in the first two sessions. The left-hander was bowled out by Ben Stokes on a no-ball before lunch then Rory Burns dropped him immediately after the break before Haseeb Hameed missed a run-out when Warner was on 60.

It later came out that there were technology issues at the center of the no-ball drama. Replays showed that Stokes had over-stepped thrice in the first three balls of his over but umpires called nothing.

That led to the suggestion that if umpires had called his no-ball earlier, he would have adjusted his run-up and scalped the important wicket of David Warner.

Cricket Australia later said that the technology used for no-balls was not working properly. England needed all the chances to come back in the Test after their disastrous start on Wednesday.

They had an ideal start when Robinson earned his first Ashes wicket in Marcus Harris on a score of 10.

England had gone into the first Test without veteran seamers Jimmy Anderson and Stuart Broad.

But the seam attack of Robinson, Chris Woakes, and the severe pace of Wood was able to keep the Australian batters quiet for some time with some tight and accurate bowling.

Robinson was particularly dangerous from the start and he got his breakthrough when he enticed Harris to attempt a forward ball that left him slightly, the Australian opener edged to second slip, where Dawid Malan took a good low catch.

Warner and Marnus Labuschagne consolidated the innings but late in the second session Labuschagne sliced and attempted to cut off Leach, Wood at a backward point caught a decent catch on 74.

Wood, who bowled with real pace all day, gave England some cheer when he removed the dangerous Smith — so often England’s attacker — in the penultimate over of the second session.

“They did bowl well, didn’t they? They were relentless,”

“What an entertaining innings by Travis Head. We’ve got smiles on our faces. It’s got to be up there for him personally. It was a tight battle with him and Uzzie but to come out the way he did… that’s the Travis Head we know. Obviously getting bowled off a no-ball… you’ve got to try and keep your feet behind the line as a bowler. I thought I left very well. Everyone was talking about my form in the T20 stuff but when you’re out of runs you deserve some luck.”