Cricket is a team sport, where a team’s success is dependent on three factors – batting, bowling and fielding. However, like the protagonist of a film or the striker in a football club, there is a particular section among the cricketers who garner the most attention, simply because they are the most enjoyable to watch and bring in a lot of eyeballs – the batters.

Any T20 tournament, and the Indian Premier League, in particular, treats cricket loyalists with excellent batting displays consistently, keeping everyone on the edge of their seats throughout the length of the competition.

The 2022 edition of the IPL walked the same route as we witnessed many fantastic batting performances – both from the experienced international stars like Jos Buttler and the comparatively unknown, uncapped Indian talents like Rajat Patidar

Quinton de Kock had a pretty on-and-off season in IPL 2022, but when his Lucknow Super Giants team faced Kolkata Knight Riders on 18th May, the pocket dynamo from South Africa did explode. He scored 140 runs from 70 deliveries, which included 10 fours and as many sixes.

Together with his skipper KL Rahul, de Kock set up an unbeaten 210-run stand for the first wicket, which happens to be the highest opening stand in the history of this competition. However, de Kock’s contribution was much more significant than Rahul’s, as while the latter had a strike rate of under 135, the former scored his runs at an incredible strike rate of 200. 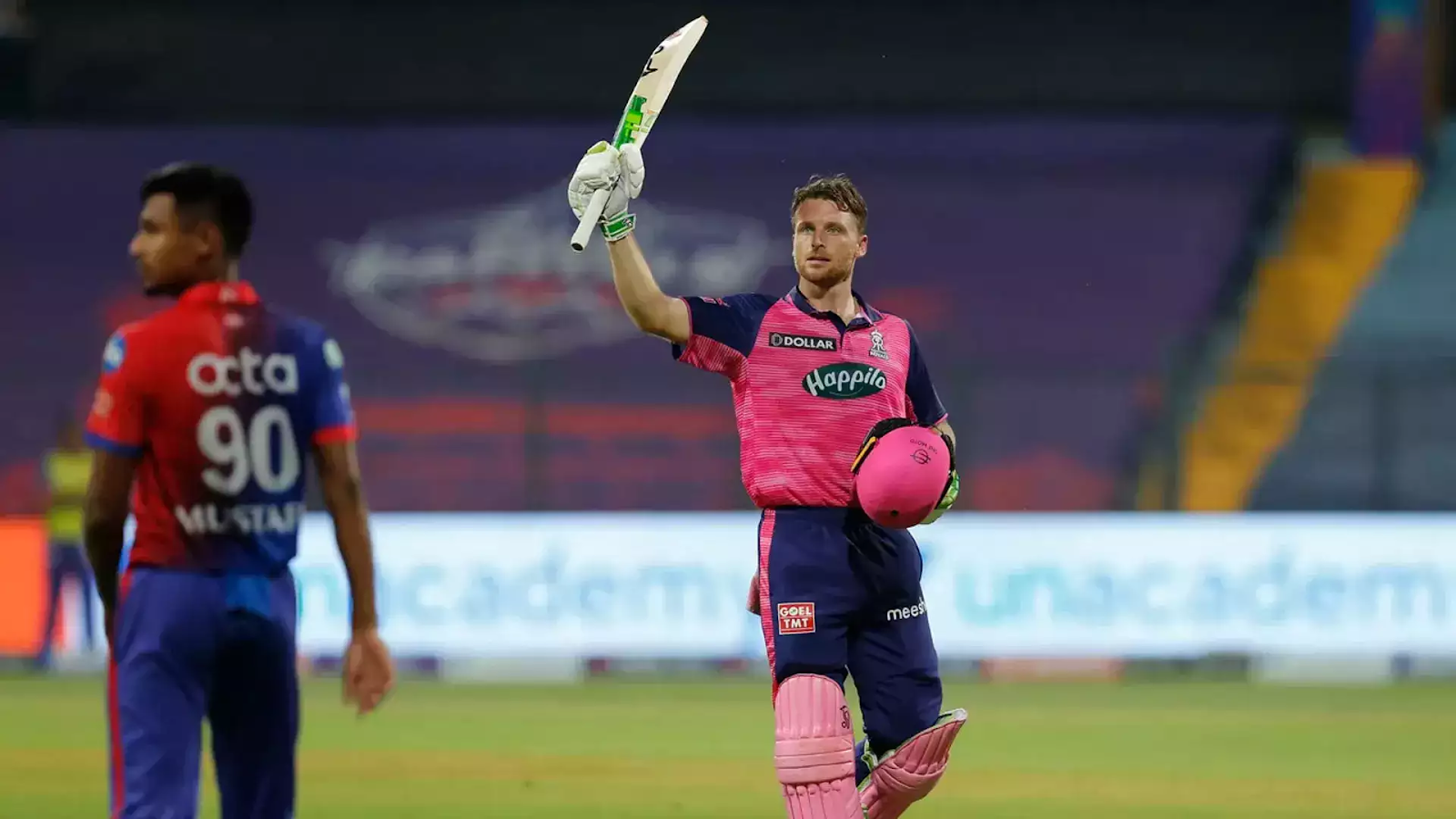 It is very obvious that the Orange Cap winner of IPL 2022 will come on this list multiple times, and the first of such instances is for a match that was played on the 22nd of April. Up against Delhi Capitals, Rajasthan Royals’ opening batter Buttler played an incredible knock of 116 runs from 65 deliveries.

He first built a 155-run opening stand alongside Devdutt Padikkal, and after the latter’s dismissal, Buttler continued playing his natural game with skipper Sanju Samson at the other end. His knock was comprised of 9 fours and as many sixes, as it helped the boys in pink to post a gigantic total of 222 runs. 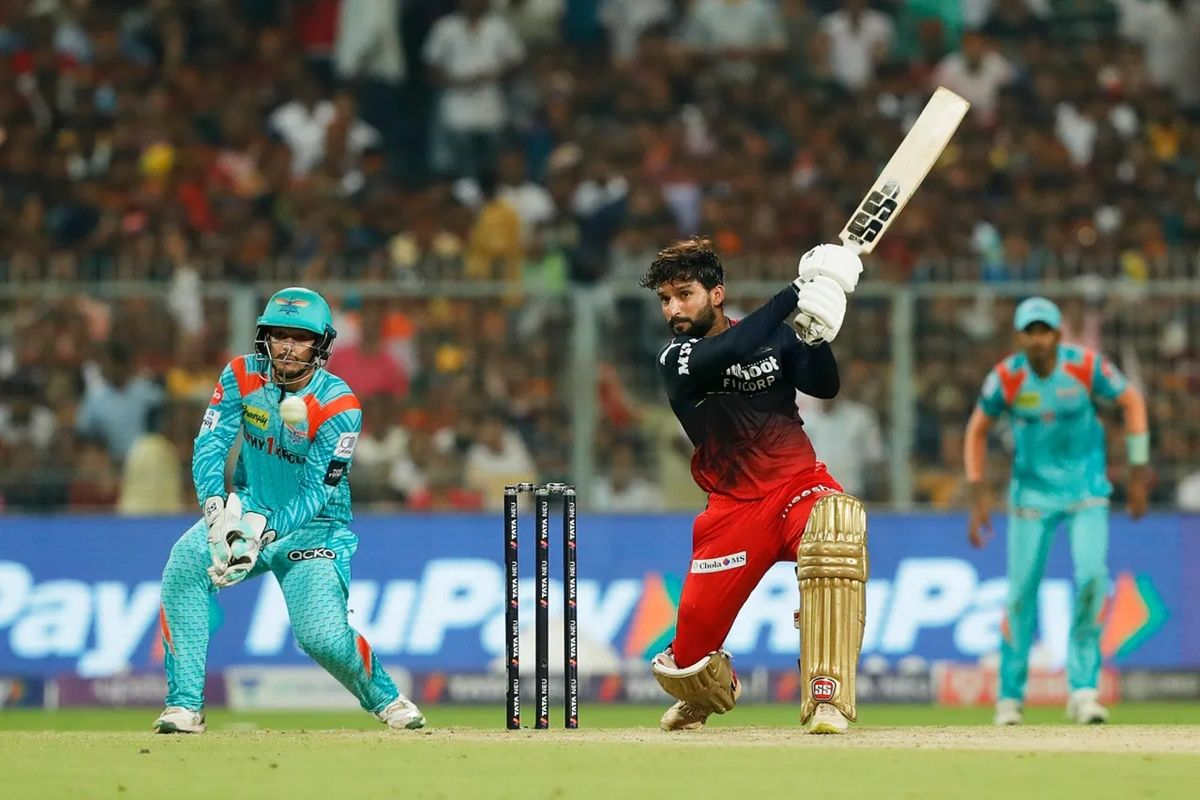 Like our first mention, this particular knock has a very special record associated with it. When Royal Challengers Bangalore’s Patidar scored 112 runs in the eliminator clash against Quinton de Kock, he became the first-ever uncapped player to register a century in the history of IPL playoffs.

Bangalore had a disastrous start in this fixture as their skipper Faf du Plessis departed for a golden duck, but Patidar and Virat Kohli steadied the ship. After Kohli’s dismissal in the 9th over, not a single RCB batter looked convincing, but the lad from Indore continued with his fireworks. He ultimately remained unbeaten on 112 runs from 54 deliveries, hitting 12 fours and 7 sixes in the process.

For our second mention of a ‘Buttler Blitzkrieg’, we have to reminisce another playoff fixture – the Qualifier 2 which was contested between Rajasthan Royals and Royal Challengers Bangalore. The Englishman scored unbeaten 106 runs in this game from 60 deliveries.

Chasing a meagre target of 158 runs, Rajasthan went off to a flying start until Yashasvi Jaiswal departed in the 6th over. From there onwards, it was all about Buttler’s spectacular batting performance as his century took the game away from du Plessis’ team in no time. He smashed 10 fours and 6 sixes in this knock.

Lucknow skipper Rahul making it on this list is not a surprise, given that he scores runs aplenty in almost every season. His Achilles’ heel has always been his low strike rate, but that was not an issue when he faced Mumbai Indians on the 16th of April, where he scored 103 runs from 60 deliveries.

After losing his opening partner de Kock early, Rahul formed a 72-run second-wicket stand with Manish Pandey. Even though wickets kept falling continuously at the other end following Pandey’s departure, it did not stop the lad from Karnataka from batting in the fifth gear. His knock was comprised of 9 fours and 5 sixes.