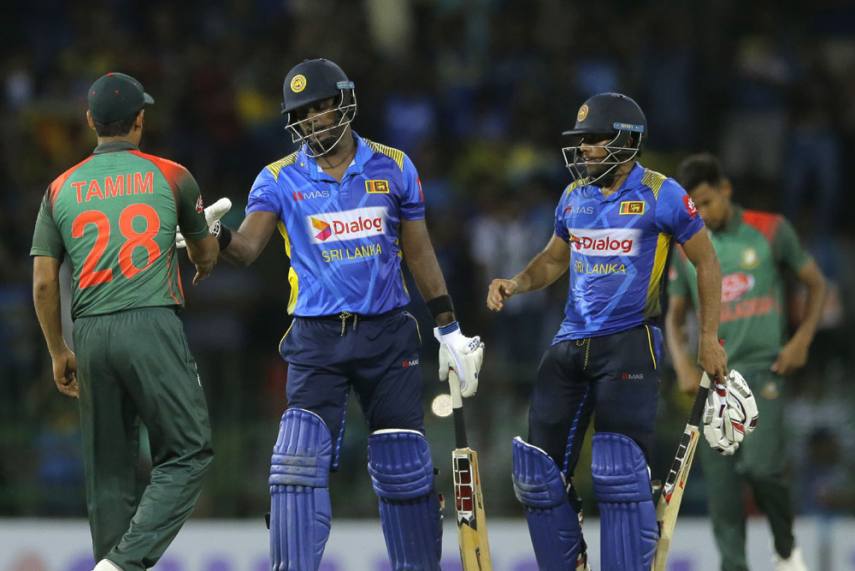 Bangladesh will face Sri Lanka in ODI series from 23rd May

From 23rd May, Sri Lanka & Bangladesh will face each other in a 3 match ODI series at Dhaka. Sri Lanka is stepping in with a big change of squad & a new captain altogether & on the other hand Bangladesh is yet to announce their squad for the same.

In this article we will look at the top 4 player battles which will make this series exciting & thrilling to watch.

Sri Lanka’s left handed opening batsman & an occasional off break bowler Danshukha Gunathilaka is at his best form at present. With an average of 36.82 in 41 ODIs & two centuries, he has become one of the trustworthy players for the team. He will be up against Bangladesh’s Al-Amin Hossain, who made his ODI debut in 2014 but has been in and out of the team. He played his last ODI in 2020 against Zimbabwe where he picked just one wicket and leaked 81 runs in 10 overs.

The last time when SL played an ODI series against West Indies Kusal Mendis was not part of the squad. This time he has been added to the squad due to his heroics in the longest format of the game. In the 3rd ODI against West Indies in 2020 Kusal made a fifty, which was his last ODI for SL. He would aim to continue on the same note. The middle-order batsman will face Bangladesh pacer, Taskin Ahmed, who is struggling with the form. The last ODI he played was against New Zealand where he could only pick one wicket.

With a responsibility of the team & 101 ODIs in his pocket, all eyes will be on Kusal Parera. Batting at number 3, Parera has completed 3000 runs in the ODIs with five centuries wunder his belt. In the upcoming series he will be against Mustafizur Rahman. In just 64 ODIs the left-arm pacer has picked 118 wickets which shows that he has been the bowling sensation for Bangladesh in the last few years. He will play a key role if the hosts want to win the series.

Shakib Al Hasan is certainly the legend for the Bangladesh cricket team. He has played 209 ODIs with 6436 runs to his credit. He has also picked 266 wickets with his left-arm spin. In the 2019 World Cup, he rediscovered himself at number three and in this series he will continue to bat in the same position. While Sri Lanka’s mystery spinner Akila Dananjaya will be expected to put his best foot forward in this series. In 36 ODIs he has 51 wickets to his name. It will be an interesting battle between him and Shakib.