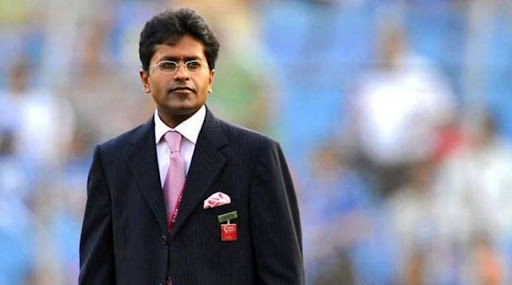 Days after BCCI bagged a huge amount of Rs 48,000 crore for the Indian Premier League (IPL) media rights for the 2023-27 cycle, former IPL chairman Lalit Modi in an interview with NDTV claimed that IPL will become the number 1 sports league in the world.

Former Indian Premier League (IPL) chairman Lalit Modi says that the valuation of IPL media rights will become double in the next cycle of the league.

Days after BCCI bagged a huge amount of Rs 48,000 crore for the Indian Premier League (IPL) media rights for the 2023-27 cycle, former IPL chairman Lalit Modi in an interview with NDTV claimed that IPL will become the number 1 sports league in the world.

“It is the fan base that has done it (increase IPL’s valuation). I have always said that in three or four years it will double. The price of IPL will continue to double. If you look at all my interviews from 2008, I said that IPL value will double in terms of media rights. It has gone up by 98 percent from the last cycle. From the last cycle to this cycle is 98 percent and I am telling you going forward in the next cycle, it will double again,”

“It will definitely overtake and I have always said IPL will become the No. 1 sports league sooner than later. It all depends on the innovation for the OTT platforms and the digital rights. If we can do our act right in digital, you will see digital overtaking television in terms of viewership and terms of revenue. I think digital rights will go three-four times television in the next five years. That is if we get our act right. Money should be spent on technology on digital platforms. The feel has to change. New technologies will bring user experience to a better level. Right now we are not doing it. BCCI needs to put in the money.”

Modi added that his prediction that IPL is recession-proof has come true.

“The viewership is now probably highest in the world in terms of several people watching and the eyeballs getting attracted to the game. I have always maintained, and everybody laughed at me, that IPL is recession-proof. It really is coming out to be true that is recession-proof as far as India is concerned. We have got newer and newer fan bases that are joining in. But we have to be careful going forward. Because the younger age group is mostly on digital, that is why the digital rights have gone up tremendously in price but their experience has not been so good in India today as far as watching it on a particular platform,”

“The Jio platform that has it, is not very user-friendly at the current moment. When you turn the phone around from horizontal to vertical, it doesn’t capture that…that loses the faith in the fans.”

Modi was the first chairman and commissioner of the IPL. He was phenomenal in running the league from 2008 to 2010. He also served as the vice-president of BCCI from 2005-to 10.

The former administrator added that the infrastructure in the Indian cricket stadiums needs to be changed.

“The IPL has contributed Rs 100,000 crore to the BCCI in total. Rs 58,000 crore last eight years alone. Fifty percent of the money remains with the BCCI, fifty percent is shared with the IPL franchises. What has BCCI done to upgrade the infrastructure? You look at Kotla. They should demolish Kotla. They should most of the stadiums and build fresh. You can put world-class infrastructure in, air-condition, good toilet, good hygienic eating places, good viewer experience, car parks. You need to put that money in to build a world-class stadium,”

Modi left India in 2010 amid allegations of tax evasion, money laundering, and proxy ownership and is residing in London for the last couple of years.

The BCCI has suspended him in 2010 following the allegations of financial irregularity and in 2013, he was banned for life by the cricket governing body.

“It (IPL) has really been able to do that (clean-up act). It’s moving up in the right direction with the Gujarat Titans performing tremendously in the first season from scratch. That has shown that there is faith now in the game. There is no fixing anymore and it has taken a new turn,”

At the IPL media rights e-auction, Disney Star retained the TV telecast rights with a bid price of Rs 23,575 crore.

“I am thrilled to announce that STAR INDIA wins India TV rights with their bid of Rs 23,575 crores. The bid is a direct testimony to the BCCI’s organizational capabilities despite two pandemic years,”

“Viacom18 bags digital rights with its winning bid of Rs 23,758 cr. India has seen a digital revolution & the sector has endless potential. The digital landscape has changed the way cricket is watched. It has been a big factor in the growth of the game & the Digital India vision,”

Reliance’s Viacom18 won the rights for package C with a Rs 3,258 crore winning bid. As a result of this, Viacom, who also won the rights for Package B with a payout of Rs 20,500 crore (Rs 50 crore per match for 410 matches), ended up paying Rs 23,758 crore for the entire bouquet of digital rights.

Package D, which included rights for the Rest of the world, was won for a bid of Rs 1058 crore.