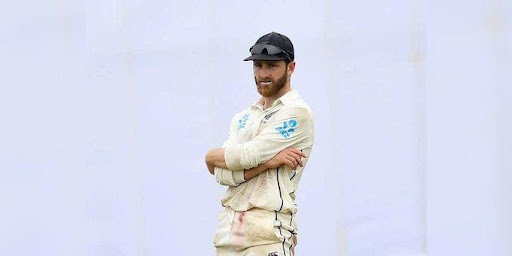 New Zealand skipper Kane Williamson acknowledged that spin will be a major factor in the two-Test matches series against India, starting from November 25 and he repeatedly insisted on the fact that his players are preparing well for the spin as much as possible.

New Zealand skipper Kane Williamson admitted the fact that spin will be a major factor in the two-Test match series against India, starting from November 25 and he repeatedly insisted on the fact that his players are preparing well for the spin as much as possible.

It has been a tight schedule for the Kiwis as the Test squad has traveled along the T20I side to the venues where the white ball series has just concluded and they are getting the practice on match days.

The complete Test squad has just two days of training together before the start of the first Test match at Kanpur on November 25.

While talking about the spin preparation, Williamson added that the players preparing for the spin are as sharp as anticipated and also for the straighter ones.

“I suppose on some of these surfaces, the condition of the ball – whether it is new or old – is definitely a big factor and I guess one of the challenges is when you see the ball spin in such a big way and then the next one goes straight,”

Williamson said on the eve of the Test on Wednesday (November 24).

“It’s about trying to come up with a game plan to accommodate that as well as you can while looking to score.

“Obviously several teams have come here in the past and faced similar challenges, so there’s the expectation that it’ll not be too different and there’ll be a large spin component throughout the series. So the guys have been trying to prepare as well as they can and they’re looking forward to the challenge,”

The last Test match played at Kanpur in 2016 had seen a massive role of spin as Ravichandaran Ashwin and Ravindra Jadeja took 16 off the 20 wickets fell.

Coincidently, it was New Zealand at the receiving end of the spin attack and Williamson praised the strength of Indian spinners and he felt that his players need to adopt different methods in order to overcome the variations and score runs.

Earlier this year, England tried to find a way out of trouble against the spinners in Chennai and Ahmedabad and they did not get much of a success.

“We know the strength of the Indian spin bowlers. They’ve been fantastic for a long time. For us, it is about looking to come up with different methods and ways to score and try and be effective and build those partnerships. The ways will be slightly different from one another [for each player]. We’re trying to prepare as well as we can for the challenges that are coming up,”

New Zealand on the other end could also rely on the spinners given India’s trouble across all the formats.

Ajinkiya Rahane also raised the same concern recently during their home series against England, raising the point that India had played fewer home series since with England.

New Zealand Test series will be their first assignment since the series with England.

“The spin factor is going to be there and someone like Ajaz Patel and Will Somerville will be a big part of our bowling attack, particularly in these conditions,”

Ajaz Patel hasn’t been part of the red-ball fixture since New Zealand’s win over England in Birmingham in June this year, while he played for the Somerville’s last first-class cricket in the first week of April in the Plunket Shield.

But Ajaz nevertheless admitted the fact of being excited to play the role in the conditions where the spinners have a major role.

“We feed off each other quite well. He [Somerville] offers that height and bounce, whereas I offer that low skid and as a left-arm spinner and a right-arm off-spinner, we’re both turning it in different ways,”

Ajaz said in the lead-up to the game.

“It’s always cool to be playing together. There will be times when he’s attacking and other times when I’m attacking and vice versa. We have a good understanding of how we’ve played a few games together, so it’s exciting to kind of have the opportunity to go back out there and do it again.”

However, Williamson apart from considering all the spinning options in the side believes that his seamers also have a major role to play in the matches.

“There’ll be an important role for us in seam bowling as well over here if there’s reverse swing, and trying to come up with some creative ways to take wickets is important as well,”