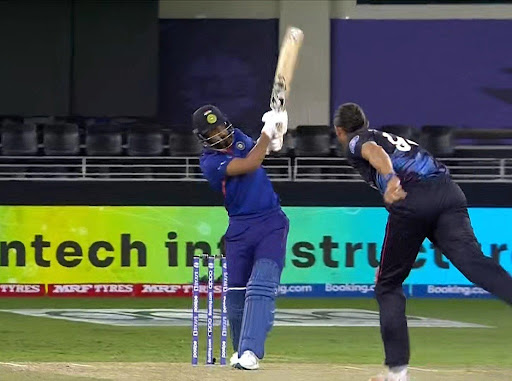 India couldn’t perform well in the recent T20 World Cup and KL Rahul said that the long-term goal of his side will be the next T20 World Cup while Rohit Sharma named as the new leader of the T20 format for team India.

Indian opener KL Rahul said on Monday that the long-term focus of his side will be the next World Cup but every series from this point is equally a point.

India’s next assignment is to play the three T20 series and the two test games against New Zealand which will begin on November 17. India couldn’t perform well in the recent T20 World Cup and didn’t reach the T20 World Cup semi-finals round.

Indian regular skipper Virat Kohli has been stepped down from his role as a Captain after the T20 World Cup. Indian opener Rohit Sharma will be the new leader for the team India in the short format while KL Rahul named as vice-captain.

“The long-term goal is to focus on the World Cup but we will focus on the process and every series from now on is important. We will try to see what combinations are perfect for us and can be used for the world cup but right now we will be focusing on one series at a time,”

said Rahul during a virtual press conference on Monday.

Rahul praised his new captain and said that his tactics and understanding of a game are commendable.

“There is no new thing is Rohit’s captaincy. We have been seeing him leading the Mumbai Indians for a long time now and his stats are so great. He has a good understanding of the game and his tactic is good. We all enjoy watching Rohit bat. He is a great guy to be around and all of us are excited about the New Zealand series,”

Speaking about his role in the team, Rahul said,

“I think it’s a collective effort whatever happens in a team’s sport like cricket. Everybody should be clear about their roles. All the players in the team, have been together for a very long time, we get along really well. It will be fun to go out and play.”

Both will be played in the two test match series on November 25-29 and December 3-7 in Kanpur and Kolkata.