Both teams have already been eliminated from the playoffs race

Sunrisers Hyderabad will lock horns with Punjab Kings in ‘Match 70’ of the 2022 Indian Premier League season at the Wankhede Stadium on Sunday, 22n May. Usually, the last league game of the season has a lot at stake in terms of the playoffs race, but that will not be the case this season as both teams have already been eliminated from the hunt.

Sunrisers Hyderabad looked like the team in the beat in the first half of the season, but the complexion changed completely in the second half and they became the team who took all the beating. With six wins from 13 matches, they are placed at the eighth position in the standings.

On the other hand, Punjab Kings had built what looked like one of the strongest squads on paper following the conclusion of the IPL 2022 auction, but that has not translated into wins on the pitch. Like their opposition, the Kings have won six of their 13 matches, but they are placed seventh owing to their superior net run rate.

Sunrisers Hyderabad started their season with two consecutive defeats, but between the second and the third week of April, they looked absolutely invincible. Kane Williamson’s men won five consecutive matches during this run and seemed to be one of the favourites to seal their place in the next round.

However, all hell broke loose for them from the last week of April. They ended up losing five matches on the trot, and while the 2016 champions are coming into this match on the back of a 3-run win over Mumbai Indians, it has no significance in the broader perspective.

While the skipper himself has had a season to forget, many of Punjab’s big stars have not lived up to the expectations as well. They are coming into this fixture after losing their penultimate game against Delhi Capitals, and in what will be nothing more than just a consolation, they will try to gift their fans another win to see off the season.

Sunrisers Hyderabad is head and shoulders above their opponents in terms of head-to-head records. They have won 13 of the 18 meetings against Punjab Kings, with the boys in red emerging victoriously on only five occasions. The first meeting of this season saw Williamson’s team registering a comprehensive seven-wicket win, courtesy of fine performances from Aiden Markram and Umran Malik. 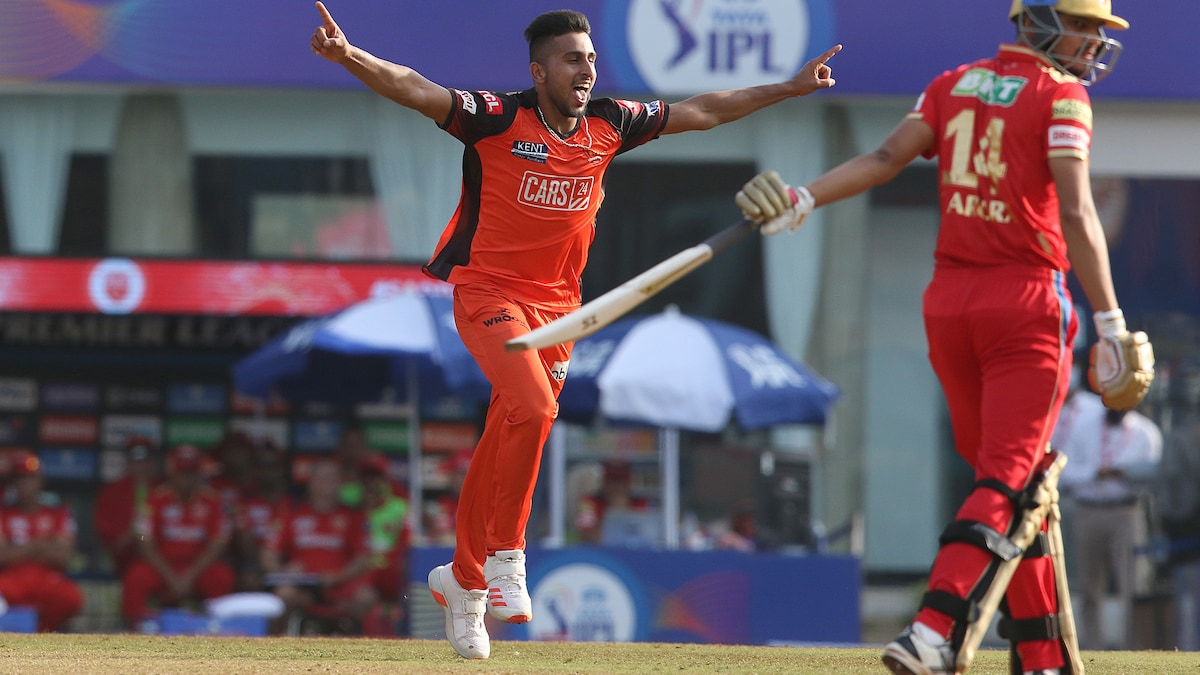 Umran Malik: While some major SRH stars have had a poor season, including skipper Kane Williamson, they have done well to show faith in Malik and are now reaping the dividends.

The 22-year-old pacer is spitting fire with his unadulterated pace, and to add to that, he is also picking up wickets for fun. Malik is Hyderabad’s leading wicket-taker with 21 wickets to his name, which includes a five-wicket haul against Gujarat Titans and a four-wicket haul against Punjab Kings.

Shikhar Dhawan: Unlike Sunrisers, the Kings have not had a particularly impressive youngster in their team. Instead, they have been highly reliant on a veteran warhorse – the 36-year-old Shikhar Dhawan.

The left-handed opening batter is currently the leading run-scorer for his team, having accumulated 421 runs at an average of 38.27 and a strike rate of 122.74. Dhawan has scored three half-centuries this season – against Mumbai Indians, Chennai Super Kings and Gujarat Titans.

The current league standings will tell us that both sides have had a pretty similar campaign and picking a winner here is not the easiest of tasks. However, head-to-head statistics prove that Sunrisers Hyderabad tends to up the ante when they face Punjab Kings, whilst they will also have momentum on their side after winning the last match. Hence, we have predicted the Orange Army to end their otherwise disappointing season on a good note.