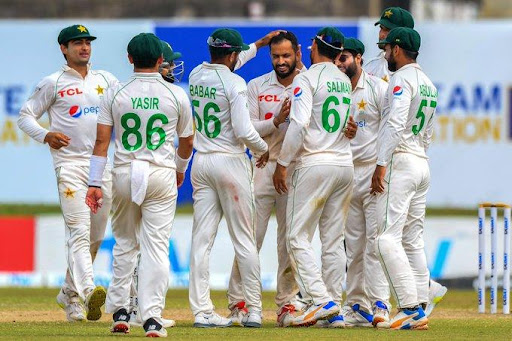 The Cornered Tigers have turned on the destruction mode

After a historic run-chase at the Galle, the Pakistani side is now aiming to go for a clean-sweep triumph. While the home side will be playing their hearts out to save another red-ball series on the home soil. An anticipated final Test encounter between two elite Asian counterparts, Sri Lanka and Pakistan will be commencing on the 24th of July at the solitary venue of the test series, Galle International Stadium.

Just like the home series against Australia, the Lankan Lions have once got themselves in the trailing position as the visitors have taken the lead and will be targeting a whitewash in the two-match series. Babar Azam and company have made it clear that they have travelled to Ceylon to destroy the fortress of Lions and will leave no stone unturned to accomplish it. However, the Lankan Lions will be also charged up to save their pride and must be planning to stage a comeback in the final fixture.

Pakistan may not consider any changes to their winning squad in order to sustain their momentum further. Although the rumours are arising that the left-arm spinner Nauman Ali can make a comeback into the playing XI to utilise the helping conditions to the spin wizards. Azhar Ali’s poor form is a serious concern for the Pakistan team management as there are quite high chances of him being replaced by Fawad Alam in the lineup.

Sri Lanka Cricket has recently issued updates on the injuries of their players through a press release. Maheesh Theekshana has been ruled out from the series after suffering a finger injury in the first game while Lakshitha Manasinghe has been included in the Lankan squad as his replacement. Pathum Nissanka has successfully recovered from the Covid-19 and is added back to the Lankan squad although it will be very difficult for the opening batter to make it to the Sri Lanka Eleven.

Sri Lanka was at the cruising position in the first game and their victory was looking evident at one point. Although they couldn’t maintain their brilliance until the final day of the encounter and completely lost their rhythm in the final innings. The bowling unit which was their strongest department suddenly became helpless and couldn’t even defend the humongous total of 341 in the fourth innings on Galle pitch. 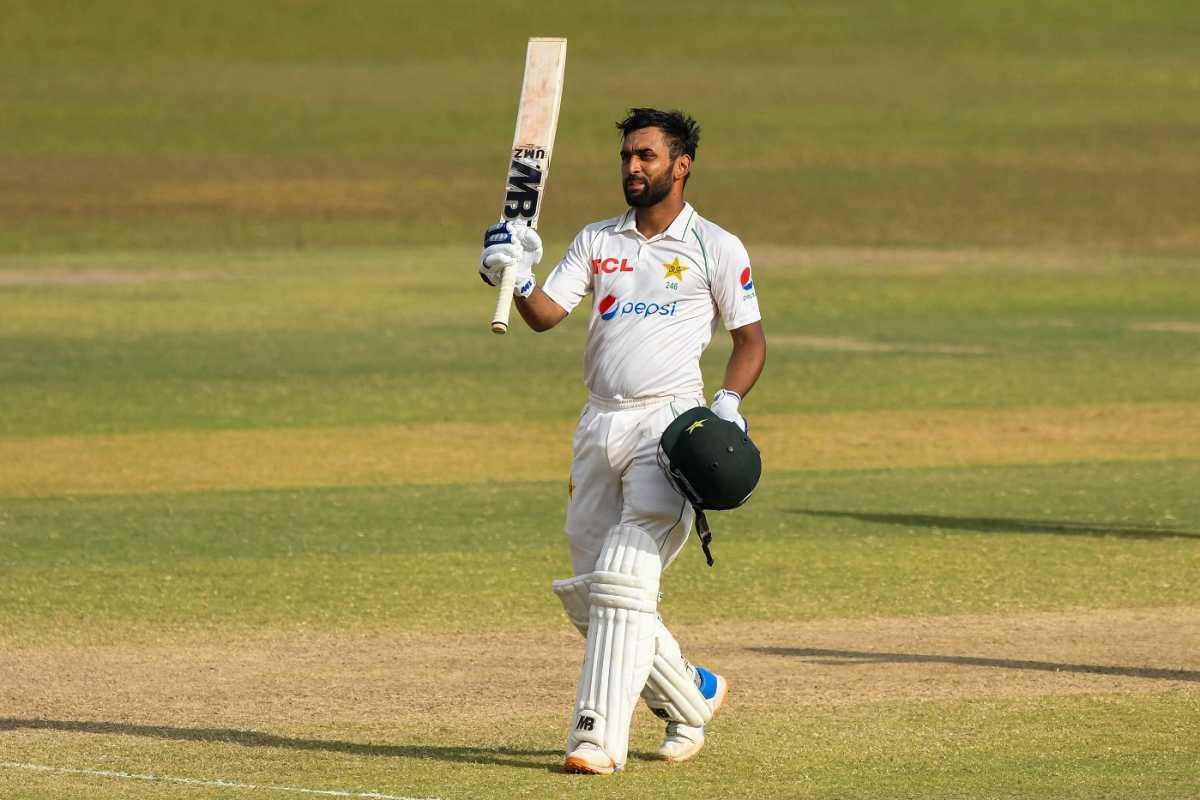 In the first game, Pakistan registered a 4-wicket victory over the Ceylon side by chasing the mammoth target of 342 on the final day of the gameplay. The 22-year-old Pakistani opener Abdullah Shafique who was just playing his sixth Test match delivered a marvellous knock of 160 runs and had a lion’s share in their epic chase.

Sri Lanka also performed well in the game except for that particular inning where they completely lost it.  On the other hand, the visitors got better of the Lankan Lions due to their batting heroics and the bowling department still needs to buckle up.

The batting lineup got some extra inches of pressure after the bowling attack conceded 337 runs in the third innings as Sri Lanka could have turned the tables around from that situation. The Cornered Tigers can surely conquer this Test series if they are able to replicate their first game performance.

After the first fixture triumph, Pakistan now takes their head-to-head win count against Sri Lanka to 21. While the Sri Lankan side still stands on 16 victories against their Asian counterparts while the number of drawn fixtures (19) is also unaffected. Pakistan now has nine red-ball triumphs on Lankan soil and they can take the figure to the double-digit mark if they are able to emerge victorious in the final fixture too. 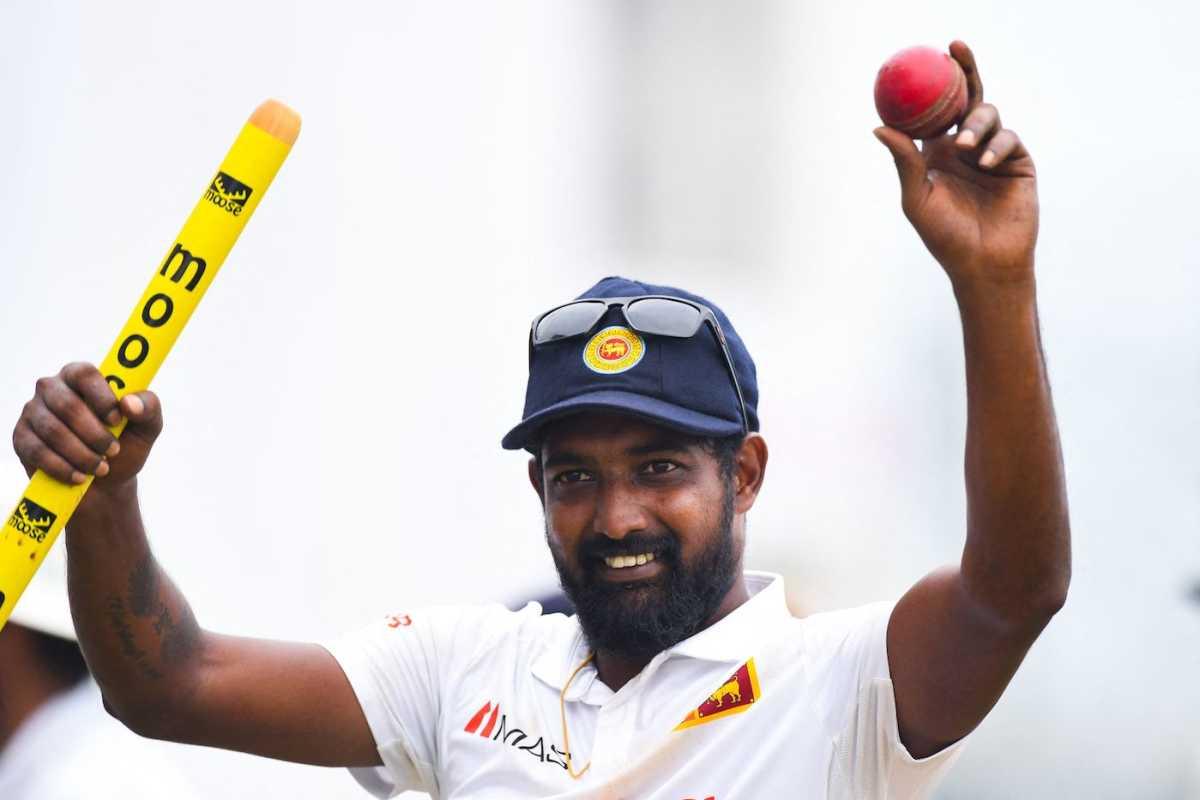 Prabath Jayasuriya in the form of his life

Prabath Jayasuriya: Prabath is in red-hot form right now and running riot for Sri Lanka cricket ever since his debut on the International stage. Till now the second innings of the previous Test where he picked four wickets was the only instance where he failed to pick a fifer.

The 30-year-old left-arm spinner has emerged as a strike bowler for the Lankan Lions after bowling a whopping total of 95.2 overs in the last game and finished the game with nine wickets under his helm.

Abdullah Shafique: The young batting sensation from the land of Pakistan made global headlines when he became the saviour of his nation and took them to a historic feat. The match-winning 160 runs knock and the history of the fourth-innings run-chase will be remembered by Pakistani fans for ages. Shafique had a partnership with almost every Pakistani top-order batter in that innings which depicts his immense maturity at such a young age.

Over the last few games, spin has always played a crucial role on this Galle pitch as 26 out of 36 wickets in the previous game were taken by the spinners. Hence it seemed like Pakistan may have missed the trick by playing three seamers (Shaheen Afridi, Hasan Ali, and Naseem Shah) in such conditions while only a single pacer Kasun Rajitha featured for Sri Lanka. Especially the five-wicket haul by the bowling all-rounder Mohammad Nawaz in the third innings may inspire them to shift their focus on getting better at Lankan soil through the spin web.

It is going to be a nail-biting contest between these two red-ball giants as the previous one was also a thrilling encounter.

Pakistan will be turning up with all guns blazing as they are considered favorites to win this series. However, a quick reminder of their recent Australia series climax is enough for the Lankan Lions to get inspired and gear up to stage an iconic comeback in the final fixture.