Sri Lanka host Australia at Colombo in the second T20I

Sri Lanka is all set to host the mighty Australians in the second T20I of the three-match series on Wednesday, June 8, at the R Premadasa Stadium in Colombo. While Australia remains to be a strong side in the format, Sri Lanka has in-form players like Wanindu Hasaranga, Bhanuka Rajapaksa, and Matheesha Pathirana, who did well in the recently-concluded IPL 2022.

Sri Lanka has named newcomers Nuwanidu Fernando and Matheesha Pathirana to the squad. Nuwanidu starred on the recent tour of England with Sri Lanka’s development squad. Pathirana made headlines in the IPL playing for Chennai Super Kings and will get the opportunity to work with Lasith Malinga in this series, who is the bowling coach once again. But it looks as though the hosts will back their senior bowlers in with Wanindu Hasaranga and Maheesh Theekshana set to conduct a spin trial against Australia’s top order.

Australia has named an almost full-strength and stable squad for the series with only Cummins (rested) and Adam Zampa (parental leave) missing, although Tim David’s non-selection looms large over the incumbent squad heading to the World Cup. The visitors have named the tried and trusted top seven that won the T20 World Cup with hopes that Aaron Finch and Smith can find some much-needed T20I runs prior to the home title defense.

Since winning the Men’s T20 World Cup in November last year, Australia has so far played six games in the format. They played five of those games against Sri Lanka at home earlier this year where they won three games outrightly while they also registered one win in a tied game against the same opponent courtesy of a super over. They, however, lost the fifth and final T20I of the series to end the series on a 4-1 winning margin. 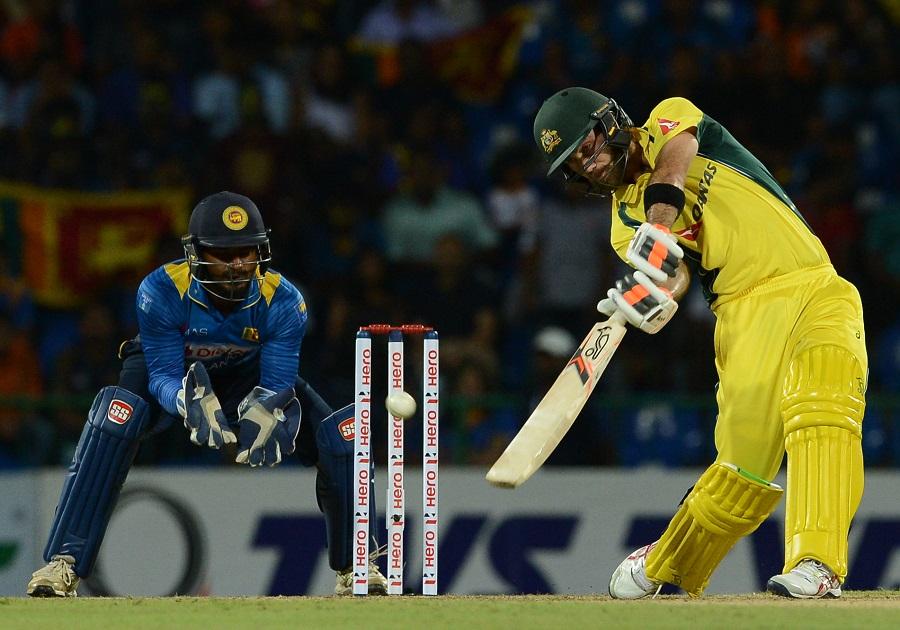 The Kangaroos were also involved in a sole T20I encounter against Pakistan in April earlier this year, which the World Champions won convincingly to further establish their dominance in the format in recent times.

Sri Lanka too has been involved in two series after the end of the 2021 T20 World Cup. In their first such series in February 2022, they suffered 1-4 drubbing at the hands of Australia. They lost the first four games in a row that included a Super Over loss against the World Champions but won the last game of the series to salvage some pride at the end of the tour.

Later in the same month, the Lions suffered a clean sweep at the hands of India in the latter’s own den losing all three games to the sub-continent heavyweights. Thus, after the World Cup, the Shanaka-led side has played eight games of which they have won one and lost six. They have also tied one game in that run however they suffered a defeat in that as well courtesy of a super over.

Both the sides have played each other 22 times in the format. The ‘head to head’ count of this rivalry is currently helmed by the defending World Cup champions with 12 victories. While their counterparts Sri Lanka is also not much behind and currently sailing on nine wins against the Kangaroos. One of the fixtures also ended in a tie, however, it was the Men in Yellow who won that game in Super Over.

The story is however completely different from when these two sides met each other in the Island nation. Each of the sides has won two games out of four here with Australia winning the most recent two such games that were played between the sides in 2016. 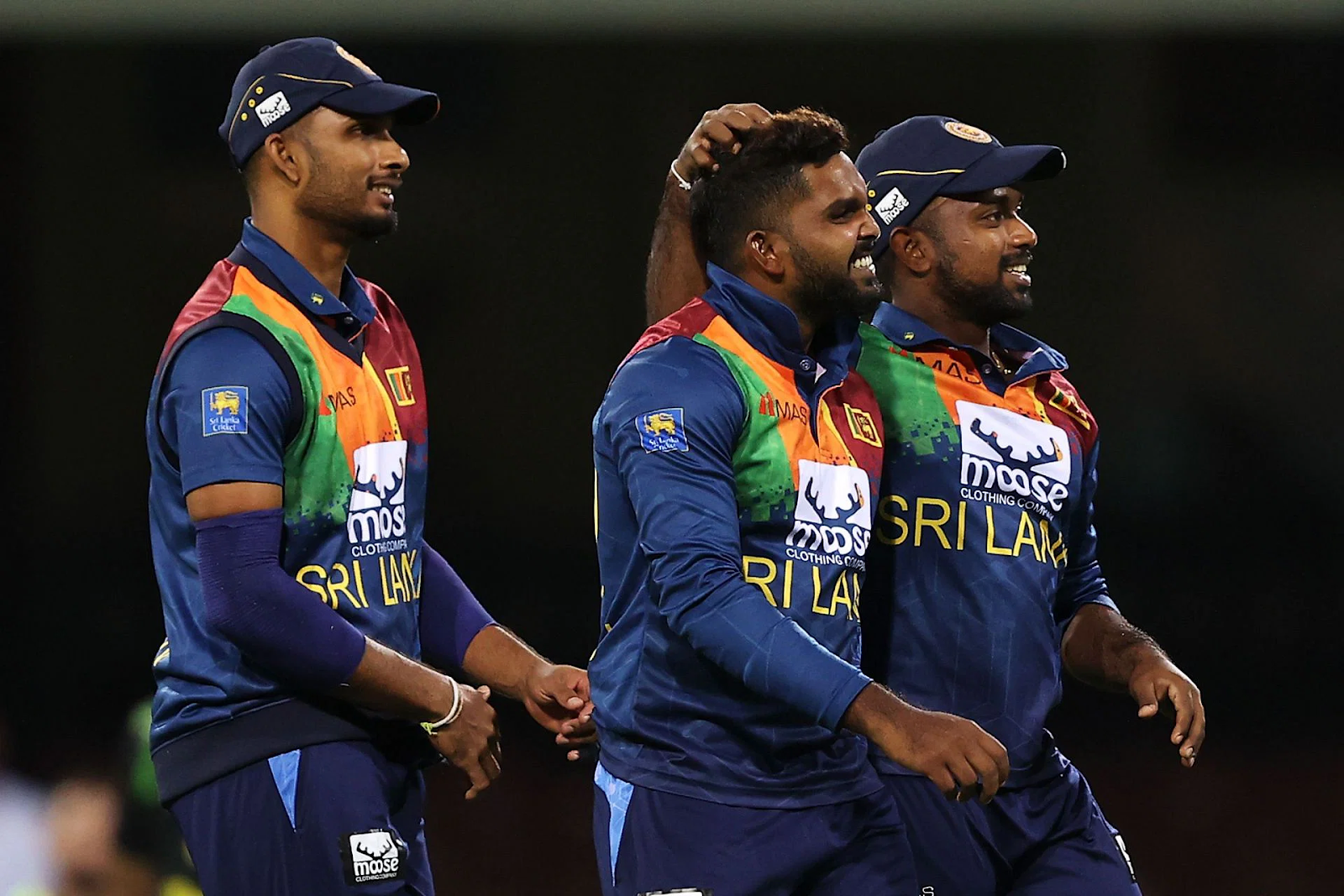 Dealing with Hasaranga will be tough for Australian batters

Wanindu Hasaranga (Sri Lanka): Wanindu Hasaranga is now the unequivocal leader of Sri Lanka’s attack and will be the key bowler for opponents to study after his performance in the IPL for Royal Challengers Bangalore. He took 26 wickets at 16.53 and an economy rate of 7.54 in the tournament to finish one wicket shy of the purple cap winner Yuzvendra Chahal.

He only played two matches in the February series against Australia because he contracted Covid-19 halfway through the series but he took 3 for 38 and 2 for 33 in those games. He also took 2 for 22 in the match against Australia in the World Cup. The visitors have never faced him in Sri Lankan conditions. He could hold the key to the series. It will be interesting to see how the IPL experience has helped him.

Aaron Finch (Australia): Aaron Finch noted prior to his departure to Sri Lanka that he needed some runs to get “everyone off his back”. The Australian skipper did make a half-century and was named Player of the Match in his last T20I appearance against Pakistan. But a patchy IPL, where he played just five games for Kolkata Knight Riders and made just one noteworthy score, did little to silence the growing concern over his form.

It is not just the lack of runs that is a worry, but his movement patterns and the manner of his dismissals are also causing concerns outside the camp. But inside, Finch, coach Andrew McDonald, and the selectors are comfortable with the way he is moving and confident he is the right man to open the batting and lead Australia’s World Cup defence later in the year. An impactful performance in Sri Lanka would alleviate a lot of pressure.

Sri Lanka will be hoping to utilise their spinning prowess on home soil as they aim to get the better of T20 world champions Australia. The hosts face a tricky task to overturn a 4-1 series loss in their previous T20I series but will believe they have the tools to cause their opponents problems, especially with the ball. However, the Aussies come into this on a great run of form having won nine of their last games in this format and the tourists can begin this series with a victory if the weather does not prevent a result from being achieved.