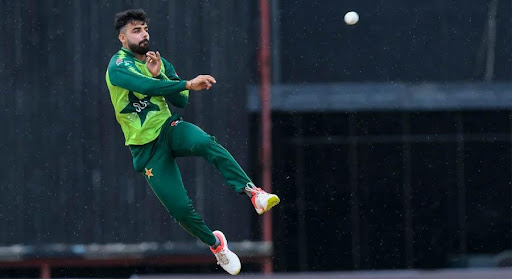 English County franchise Yorkshire has signed up Shadab Khan for the upcoming edition while Gary Balance will miss the Yorkshire season by taking a break to improve his mental health.

Pakistan star all-rounder Shadab Khan has signed to play for Yorkshire in the T20 Blast, the English county announced on Friday.

Shadab Khan will be available for the Club’s first five and last six games of the domestic competition.

The 23-year-old has featured Pakistan in all three international formats, including 64 T20s where he took 73 wickets and boasts a batting strike rate of 136.81.

The same franchise Yorkshire has also signed another Pakistan star pacer Haris Rauf while he will be available for the first five matches of the blast.

“Shadab Khan is someone who can bat at the top, bat in the middle order, and hits the ball a long way,”

“He is also an unbelievable spinner,”

“I’m excited to be heading to Yorkshire for the Blast. Ever since I started my cricketing journey it has always been a dream of mine to play county cricket.

“It will be made even more special with me being able to play alongside my good friend, Haris.”

While Gary Ballance will miss Yorkshire’s season by taking a break due to improving his mental health.

He has represented England in 23 Tests between 2014 and 2017 and faced fiery inspection in November after admitting he had used chauvinistic language towards former Yorkshire teammate Azeem Rafiq.

The spinner Rafiq accused Yorkshire of failing to deal adequately with the abuse he suffered while playing for the countryside, saying he had been driven to thoughts of suicide.

His declaration led to a mass clear-out of senior boardroom figures and coaching staff at the club, with former Yorkshire Gough called in while new chairman Kamlesh Patel became the face of fresh authorities.

The franchise hope Balance will come back to action later in the season, with the left-hander having come back from a stress-related break in 2020.

“He’s off with his mental health, he’s struggled with that in the past as well.

“We will support him in any way possible to hopefully, sometime this season, represent Yorkshire again.”

English cricket chiefs were so shocked by Yorkshire’s initial response to Rafiq’s report that they terrorize to withdraw lucrative England fixtures from Yorkshire’s Headingley headquarters in Leeds.

But Thursday’s EGM votes mean that threat has been lifted, with Gough saying:

“It was a relief that happened and now we can move forward.

“It’s about accepting what’s happened in the past, never forgetting it, and making sure something like that doesn’t happen again.”