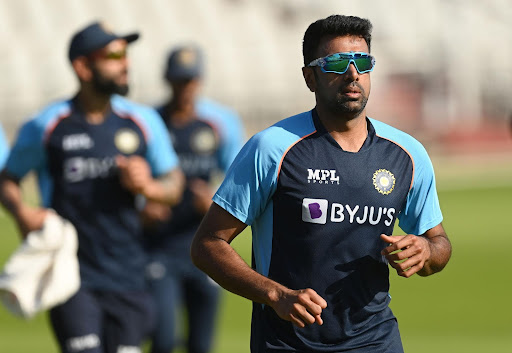 Indian off-spinner Ravichandran Ashwin made a comeback into the team T20I squad for the ongoing five-match series against West Indies while he has figured out how to contain run flow in the middle phase of the game and also taking significant wickets.

Indian off-spinner Ravichandran Ashwin made a comeback into the T20I squad for the ongoing five-match series against West Indies. He has been quite good in the three matches so far. He has figured out how to contain run flow in the middle phase of the game while also taking significant wickets.

However, former Indian player Sanjay Manjrekar has discussed how Ashwin has excellent at being practical in the shortest format of the game.

“Who are his competitors now? You’ve got Chahal who’s confirmed for the spinner on current form. Then you’ve got Axar Patel, you’ve got Jadeja who could do a bit of bowling. Hooda bowled one over in the last game, then you’ve got Kuldeep Yadav, you’ve got Ravichandran Ashwin. I think Ashwin’s selection on this tour was an excellent one. In the last couple of years in the Indian T20 league, Ashwin has started making an impact. I like Ashwin when he’s with somebody like Chahal. So, the onus is not on Ashwin to change the tide,”

“You know, the spinner’s job in T20 cricket, in the middle phase, is to get wickets like Shamsi and Keshav Maharaj do for South Africa. That’s where Ashwin lacked a bit as a T20 spinner. He focused a lot on the economy, but when you have somebody like Chahal, or if there’s another wicket-taking wrist spinner, then Ashwin becomes a great compliment because Ashwin has mastered the art of being economical in T20 cricket. In the first T20, a couple of wickets was a great sign, but that’s what you’ll get with Ashwin, that compliment to the other main wicket-taking spinner in the team,”

Manjrekar also discussed how Kuldeep Yadav and Yuzvendra Chahal may not fill in as a pair in the shortest format.

“I don’t think that combination will be ever employed by India. At least in T20 cricket where you have Chahal and Kuldeep Yadav both playing together as two spinners. Either it’ll be Axar Patel or Chahal or it’ll be Ashwin or Chahal, or if Chahal is unfit, then they might just play Kuldeep Yadav as a gamble in one of the games. I don’t see Chahal and Kuldeep getting reunited, maybe in 50 overs cricket they would,”