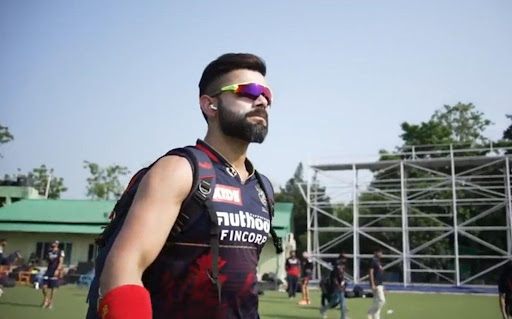 RCB has been an amazing season for the past years, making it to the playoffs

RCB might not have played the IPL final since 2016 but the franchise has been an amazing season for the past two years, making it to the playoffs while they will take on LSG on Wednesday in the ongoing IPL 2022.

Royal Challengers Bangalore might not have played the IPL final since 2016 when they came away against Sunrisers Hyderabad, but the franchise has been an amazing season for the past two years, making it to the playoffs.

The ongoing Indian Premier League is the third consecutive season for the franchise to qualify for the knockout stages and they will take on new franchise Lucknow Super Giants on Wednesday in the eliminator.

The RCB’s newly appointed skipper Faf du Plessis have been done a great job for the side while when other old franchises like Mumbai Indians, Chennai Super Kings, and Kolkata Knight Riders were all in trouble in the mega event and it shows that the RCB did manage to play it well in the mega auction.

There have been some hits and some misses for the team but Mike Hesson feels the team has done quite well so far.

“I think it is more about having some real consistency of how we go about our work; you try to limit those ups and downs that happen in any IPL. It is all about being calm under pressure, in terms of, what your response is when you are under the pump, do you panic, do you make horrible changes, or do you believe in what you’re trying to do? A lot of work goes behind the scenes in terms of making sure we are clear on how we want to play our cricket, and then about who are the people that can fulfill those roles. Therefore, if they do have ups and downs, we can live with that because we know they are good, over time in those roles. When Wanindu has been exceptional in terms of middle over wickets for us, you can only control the back of the innings, if you take wickets in the middle and when into the wickets, he’s got have been critical. Josh Hazlewood has come in and he shows experience and he’s a banker and he’s got big wickets for us; he has shown his skill at the death as well which has been critical,”

He also talked about the Faf du Plessis vision for the next three years as skipper and how Virat Kohli has played a key role in getting the players together.

“Faf’s been great, once we decided who was going to be Captain and he was made aware of that, it was certainly not all about him putting a stamp on it, but coming in and contributing to the culture, and the word culture is often overused and often it’s based around performance. So, people go, “oh they’ve won, so they must have a great culture, for me, the culture happens first, it’s quite hard to define, it’s more about how you react under pressure, how you react to your team-mates, and Faf is big on that. He is big on creating a legacy as well in terms of we have got to set things in place for the next 3 years and hopefully beyond. He also has the capability of bringing people along for the ride, which I think is important. Virat is a key part of that, being our Ex-Captain, and such an influential character, but he also brought a whole lot of senior players for the ride that he can engage with. All the young guys love him because he cares, actually genuinely talks and sit to have breakfast with them, gets to know them, sits them by the pool, whatever it is to build that group and he does that organically, it’s not fake, it’s quite a natural way with how he deals with people,”