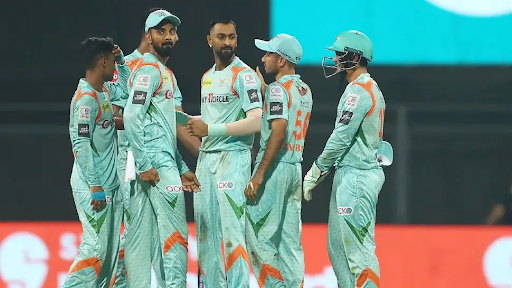 Rajasthan Royals will take on Lucknow Super Giants in ‘Match 19’ of the 2022 Indian Premier League season at the Wankhede Stadium on Sunday. Though it is still early doors in this competition, it will not be far-fetched to term these two teams as favourites to make it to the playoffs.

Lucknow Super Giants started their journey in IPL with a defeat but have not had to look back ever since. With three back-to-back victories, KL Rahul’s men are occupying second place in the league standings.

Placed just below them is their next opposition, Rajasthan Royals. Sanju Samson’s team started off brilliantly with a couple of wins, but a defeat in their last encounter stopped Rajasthan’s juggernaut.

Rajasthan Royals had an excellent start to their IPL 2022 journey, registering a comfortable 61-run win over Sunrisers Hyderabad in their first match. Samson’s team batted first and piled up 210 runs, and the Orange Army could score only 149 runs in response.

The batting was excellent in their second game against Mumbai Indians as well, where they scored 193 runs and Mumbai responded with only 170. However, Royals’ excellent batting unit managed to score only 169 runs in their last match against Royal Challengers Bangalore and saw their total being chased down in 19.1 overs.

Lucknow Super Giants had a poor start to their IPL journey, losing out against Gujarat Titans by five wickets. However, Rahul’s team registered a six-wicket win in their second match against Chennai Super Kings, where they chased down a massive target of 211 runs set by CSK.

Lucknow batted first in their third game against Sunrisers Hyderabad and scored 169 runs, which was not too big a total, but their bowlers saved the day by restricting Hyderabad to only 157. Rahul & Co.’s last match was against Delhi Capitals, where they bowled first and restricted DC to only 149 before chasing it down in 19.4 overs.

This particular section is not applicable in this game, as it will be the first meeting between Lucknow Super Giants and Rajasthan Royals. Both teams will aim to start this new head-to-head chapter on a winning note. 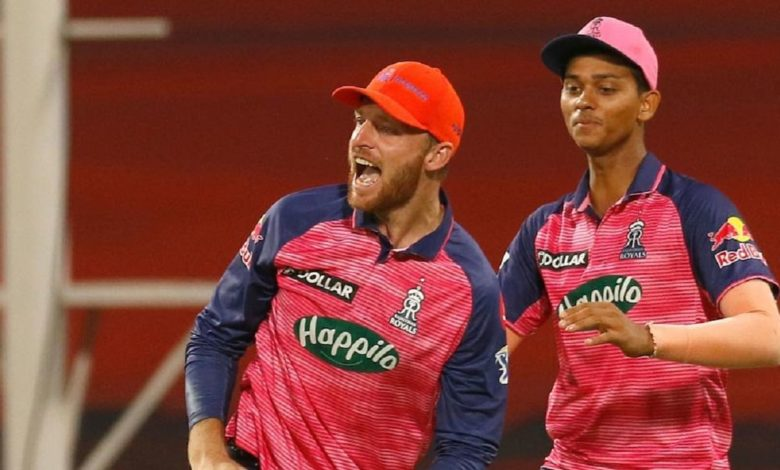 Jos Buttler is the current owner of the orange cap

Jos Buttler: Jos ‘The Boss’ Buttler is having yet another sensational IPL season. He is currently the proud owner of the purple cap, having scored 205 runs at a strike rate of over 140.  He scored a 68-ball 100 against Mumbai Indians and then backed it up with a 47-ball 70 against Royal Challengers Bangalore.

Quinton de Kock: From what we have seen so far, Quinton de Kock can be considered as one of the best steals of the season, for he is in sublime form for Lucknow. The South African wicketkeeper-batter has scored 149 runs in four matches, which includes a 45-ball 61 against Chennai Super Kings and a 52-ball 80 against Delhi Capitals.

With both teams being evenly-matched, there is not much to predict a winner from. However, given that the Royals lost their last game while the Super Giants have won three matches in a row, momentum could have a part to play. In accordance with that, we have predicted Lucknow Super Giants to register their fourth consecutive victory by winning this match.