Pat Cummins withdraws from IPL 2023, plenty of player movement ahead of auction in December 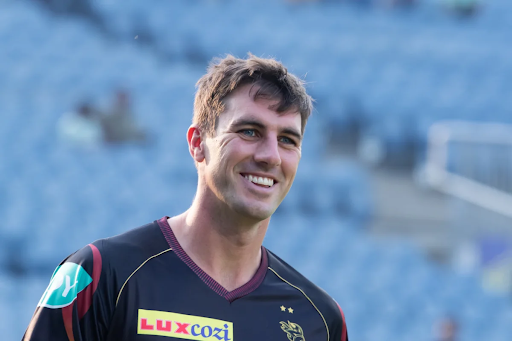 Pat Cummins wants to focus on the upcoming season with Australia, having recently being named as the ODI captain

Australia’s Test and ODI captain Pat Cummins has announced that he will not be taking part in the upcoming 2023 edition of the Indian Premier League (IPL), in which he was supposed to go to present two-time champions Kolkata Knight Riders (KKR), citing workload that he will have over the next 12 months.

Pat Cummins, who was a member of Australia’s unsuccessful defence of the ICC T20 World Cup title said on Twitter,

“I’ve made the difficult decision to miss next years IPL. The international schedule is packed with Tests and ODI’s for the next 12 months, so will take some rest ahead of an Ashes series and World Cup. Thanks so much to @KKRiders for their understanding. Such a terrific team of players and staff and I hope I can get back there ASAP.”

The withdrawal of that comment comes a few days after English wicketkeeper-batsman Sam Billings pulled out of the upcoming IPL 2023 from the Kolkata Knight Riders squad, informing that he wants to focus on the longer format of the sport with his county side Kent.

Have taken the tough decision that I won’t be taking part in the next IPL @KKRiders. Looking to focus on longer format cricket at the start of the English summer with  @kentcricket.”

Meanwhile, there has been plenty of action in the lead up to the auction of IPL 2023 which will be held in Kochi December. Mumbai Indians have brought in Australia’s fast bowler Jason Behrendorff from Royal Challengers Bangalore ahead of IPL 2023.

In one of the major developments so far, India all-rounder Shardul Thakur has moved to Kolkata Knight Riders from Delhi Capitals and at the same time, uncapped Mumbai all-rounder Aman Khan will move to the Delhi Capitals from the KKR camp.

The defending champions Gujarat Titans have let go of the services of New Zealand fast bowler Lockie Ferguson and Afghanistan batsman Rahmanulah Gurbaz, with both these players moving to Kolkata Knight Riders. Gujarat Titans, however, have retained the services of aggressive Australia wicketkeeper-batsman Matthew Wade.