Pat Cummins rested for Sri Lanka T20Is; Harris was not added to the Test squad 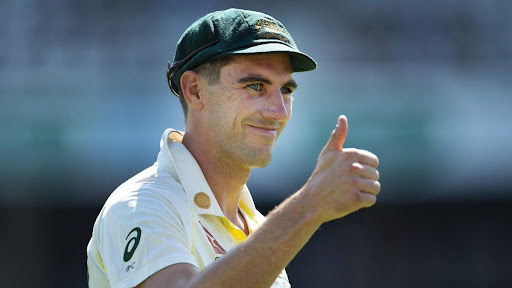 Pat Cummins has been given a rest for the three-match T20I series against Sri Lanka that will be Australia’s seven-week long tour in June-July this year. The tour consists of three T20Is, five ODIs, and two Tests.

Australia’s tour of Sri Lanka will see their almost full-strength squad, with most of the players who missed the white-ball series against Pakistan due to their reservation in the IPL 2022.

However, Pat Cummins has been given a rest for the three-match T20I series against Sri Lanka that will be Australia’s seven-week long tour in June-July this year. The tour consists of three T20Is, five ODIs, and two Tests.

Marcus Harris has also not been added to the Test squad against Sri Lanka.

There are a couple of changes in the limited-overs squad which is expecting the returns of Mitchell Starc, Josh Hazlewood, Glenn Maxwell, David Warner, Steve Smith, and Matthew Wade.

However, Ben McDermott, who scored his maiden ODI century against Pakistan last month could not find his spot in the squad alongside Michael Neser.

Adam Zampa, who is expecting his first child with his wife, will miss the entire tour of Sri Lanka and Andrew McDonald’s first tour as a full-time head coach.

“These are very targeted to skill sets and what we see as the bulk of the squad for the home T20 World Cup and looking further forward to the ODI World Cup,”

“We were able to continue to build our depth with great white ball performances in Pakistan on the back of a superb Test Series. As selectors, this has been one of the most rewarding parts amid the challenges of the past few years.”

The A squad will simultaneously play two ODIs and two first-class games, seeing the likes of Sean Abbott, Scot Boland, Pete Handscomb, and Jhye Richardson, with youngsters like Tanveer Sangha and Aaron Hardie also in the mix.

“This is the first time a tour of this scale has been possible since the Ashes in 2019,”

“It’s incredibly exciting to have an Australia A component which offers the further flexibility and opportunity for players to be available for and cross over into all squads,” he went on to add.

“That could be from a Test or white ball preparation perspective or an opportunity to impress at an international level.

“Those factors coupled with what we expect to be more freedom of travel means we can be very specific with our structures while continuing to develop the next generation of players.”

Sachin Tendulkar reveals the moment he started dreaming about the