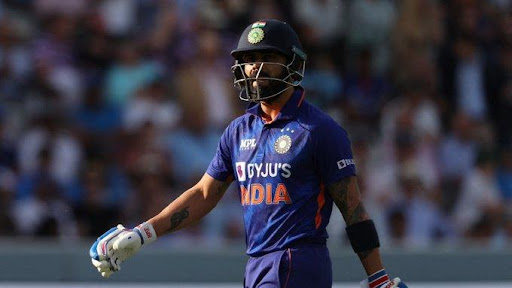 In Asia Cup, Team India would be anticipating giving Virat Kohli, an opportunity to vindicate himself and former India cricketer Parthiv Patel feels that the star player could open alongside Rohit Sharma.

ICC Men’s T20 World Cup 2022 is not far off and Team India is investigating every possibility to make the most out of the renowned event.

Ahead of the World Cup, India will play in the Asia Cup, where the tournament high-rated clash will be played between Pakistan and India on August 28 in Dubai.

In Asia Cup, Team India would be anticipating giving Virat Kohli, an opportunity to vindicate himself and former India cricketer Parthiv Patel feels that the star player could open alongside Rohit Sharma.

“There is no doubt about Virat Kohli’s abilities. It is just about the form and which position you want him to play. That is why Asia Cup becomes very crucial, not only for him but for India’s point of view also, whether they get the right combination or not. I will keep saying about the combination because that would be the key,”

“You might even see Virat Kohli opening in the Asia Cup as KL Rahul is not fit. They said he will be available for Asia Cup and India has tried so many other openers. Virat Kohli has been comfortable opening with RCB. He has got all those big seasons, where he came as an opener,”

The discussion on Virat Kohli’s form went on after he neglected to register huge scores during the T20Is or ODIs against England. He was dropped out of the ODI series against West Indies that followed and isn’t in the squad for the T20Is either.

Earlier, the Asian Cricket Council announced a schedule for the upcoming Asia Cup, starting on August 27. The mega event will be arranged by Sri Lanka in the UAE after the tournament was moved out of Sri Lanka due to the ongoing economic crisis in the country. The opening game of the tournament will be played between Sri Lanka and Afghanistan.

Earlier, while announcing the move of shifting the Asia Cup from Sri Lanka to UAE, the Asian Cricket Council President Jay Shah said:

“Considering the prevailing situation in Sri Lanka, the ACC after extensive deliberation has unanimously concluded that it would be appropriate to relocate the tournament from Sri Lanka to the UAE,” the ACC said in a statement.”

“Every effort was made to host the Asia Cup in Sri Lanka and the decision to shift the venue to the UAE was taken after much deliberation. The UAE will be the new venue while Sri Lanka will continue to retain hosting rights,”