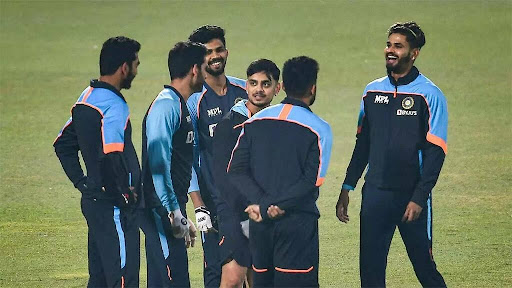 India has been leading the three-match T20 series from 2-0 against New Zealand. Indian opener Rohit Sharma was lead the side after Kohli’s resigned from the T20 format as a captain.

The final and last T20 game will be played between these two nations on Sunday and the Indian team is looking for a clean sweep.

On the other side, old-time Pakistani wicket-keeper batsmen Kamran Akmal praised team India for their outstanding performance while the team India couldn’t play very well in the recent T20 World Cup, and also they didn’t qualify for the semi-final round.

Indian regular skipper Virat Kohli has been rested in this series due to the continuous workload and some of the other main players had also quit this series and wanted some rest.

Kamran Akmal lauded the Indian team management and said this is the right way to manage workload.

“Goodwin for Team India with new players against the team who had recently played in the final of T20 World Cup. No other team does that but India has a great pool of players and they are setting up the players for South Africa tour and the management is also handling workload pretty well,”

Akmal was also praised for the new Indian skipper Rohit Sharma and said the opener has been aggressive while leading the Indian team against the Black Caps.

“Brilliant captaincy from Rohit Sharma and he has been aggressive in the same way he bats. India is playing well. Good start for both skipper (Rohit) and coach (Rahul Dravid).

Due to the unavailability of some Indian players in this series, Indian selectors had been added some youngsters in the squad like Harshal Patel, Avesh Khan, Ruturaj Gaikwad, and Venkatesh Iyer.

Harshal and Venkatesh made their T20 debut in the ongoing series. However, Harshal was the player of the match in the second T20 in Ranchi.

last T20 series they had played against each other in 2020 in New Zealand where the Kohli was leading the Indian side and whitewashed the Kiwis in the five T20 games.

Indian team is now looking for the second whitewash against Black Caps in T20Is.