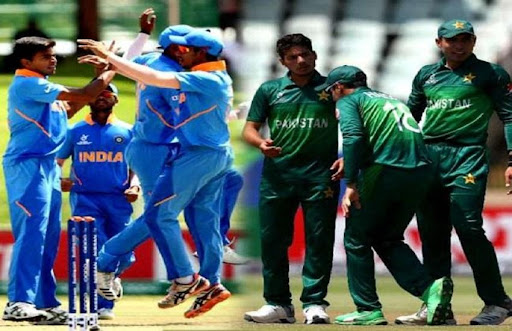 Pakistan had defeated the team India in the U-19 Asia cup big Clash by two wickets while Pakistan is now on the top of the table by winning their first two matches of the tournament.

Pakistan had defeated India by two wickets in the U-19 Men’s Asia Cup on Saturday. Pakistan needed two runs on the last ball of the match and Ahmad Khan hit four runs to stand his team on the winning side. He played an outstanding inning in which he scored 29 off 19 balls by 3 fours and a six.

The men in green achieved the target on the last ball of the match while Mohammad Shehzad played some watchful innings and scored 85 runs off 105 balls with the help of 5 sixes and 4 fours.

Mohammad Irfan Niazi and Rizwan Mahmood scored at the crucial moment of the match while both of them put 32 and 29 runs on the board respectively. On the other side, Indian Raj Bawa took four wickets but his amazing spell couldn’t help the team India to steal this match.

Pakistan bowled out India for 237 with the help of Zeeshan Zameer who took five wickets. He started his spell very well and removed the three players in his first two overs. After that, India could be able to stand some partnerships and had a few decent partnerships.

Harnoor Singh scored 46 off 56 balls while wicket-keeper batsmen Aaradhya Yadav made 50 off 83.

They closed well with Kaushal Tambe scoring 33 while Rajvardhan Hangargekar made 33 in just 20 balls.

For Pakistan, Zeeshan took a five-wicket while Awais finished with figures of 2/43. Captain Qasim and Maaz picked a one-one wicket each.

Mohammad Shehzad wins the Man of the Match award for his outstanding innings while chasing.

Pakistan is now on the top of the table by winning two matches out of their two matches. Pakistan first defeated Afghanistan by four wickets on December 23.