“Our focus is to balance ODI cricket between T20 and Test cricket,” says West Indies captain 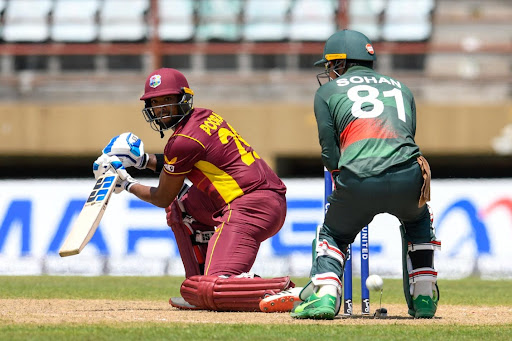 West Indies skipper Nicholas Pooran revealed that his side is yet to find the right rhythm to their 50-over format, even as they find their best batter in the other two formats while Bangladesh clean swept the West Indies in the ODI series by 3-0.

West Indies skipper Nicholas Pooran revealed that his side is yet to find the right rhythm to their 50-over format, even as they find their best batter in the other two formats. Ahead of the ODI series against India, Pooran accepted the first box to tick for his team will be to bat all 50 overs.

Bangladesh white-washed West Indies in the ODI format by 3-0, on pitches that took a heavy turn and made it tough for the existence of the batters. While West Indies won the both Test and T20I series, they were no match for Bangladesh in the ODIs.

They batted first in all three games but couldn’t put a 200-plus score on the board. They also didn’t play all the overs in the single game of the whole series.

“Not only from my side but from a coaching side as well, our focus is to balance ODI cricket between T20 cricket and Test cricket,”

“I think we haven’t found the right template yet and everyone can see that. We’re not batting 50 overs and that’s the first box we want to tick.

“At the moment, when you ask me what brand of cricket we want to play in ODI cricket, it’s difficult to say yet. For example, if you want to play aggressive cricket, it’s difficult to play aggressive cricket in tough conditions. So, for us, it’s all about finding ways to bat 50 overs – it doesn’t matter how we bat 50 overs – but I believe conditions do play a part in how we play our cricket,”

“For us, it’s ticking one box at a time and one step at a time. I believe that in T20 cricket we’re starting to know what kind of cricket we want to play; in Test cricket same thing, but the more games we play as an ODI unit I think we’re going to get better and a lot of the guys are going to have more games under their belt and they can have more experience and confidence as well. It will be nice if I can answer this question maybe after the New Zealand series, going by conditions and how guys react to certain situations as well.”

“I believe in the guys and believe in the talent that we have here and the willingness of the guys to learn. Everyone wants to get better; everyone is asking questions. Everyone is asking how to get better and that’s something I admire from the guys so far coming from the Bangladesh series. We’re just looking forward to some things going our way because the guys have been putting in a lot of work and we’re looking forward to this India series to correct some rights and wrongs,”

In his journey for improved performances, Pooran also called for better application in tough conditions, and the need to ‘hang in there for long’ as batters.

“We need to assess, as players, really quickly and understand that if it’s difficult for us, it’s difficult for the opposition as well. For us as a batting group, we need to hang in there as long as possible in tough conditions and tough times and believe that whatever we got is respectable and gives us a chance in the game,”