On Tuesday, Mumbai Indians and Sunrisers Hyderabad will cross swords in ‘Match 65’ of the 2022 Indian Premier League season at the Wankhede Stadium. Mumbai Indians are officially out of the playoffs race, and while the same cannot be said about Sunrisers Hyderabad, they will need to win this match by a significant margin to keep their hopes alive.

Mumbai Indians might be the most successful franchise in this competition, but it has not been reflected in their performances at all in IPL 2022. Rohit Sharma’s men have won only three of their 12 matches and are placed at the bottom of the table.

On the other hand, Sunrisers Hyderabad looked like the team to be at one stage, but they are acting as everyone’s punching bag now. Kane Williamson’s side has won five of their 12 matches and they are occupying the eighth position in the standings.

Mumbai Indians have been poor from the very beginning, with their management struggling to find the perfect team combination while those who made it to the playing XI did not justify their selection as well. The five-time champions lost all of their first eight matches, which effectively ended their season back in April.

Having said that, they have looked decent ever since and will at least have some positives to take from this campaign. In their last three matches, the boys in blue have won three matches by beating Rajasthan Royals, Gujarat Titans and Chennai Super Kings.

Sunrisers Hyderabad has had a really weird season so far – they started off poorly, then looked absolutely unstoppable in the middle phase, and are now looking totally out of sorts. For the first part, the 2016 champions lost their first couple of matches.

Williamson’s men turned things around in an emphatic fashion, winning five matches on the trot. However, it has been a nightmare ever since as the Orange Army have succumbed to defeats in all of their last five encounters.

Battles between these two sides have always been closely fought, which can be understood by looking at the head-to-head records. Of the 17 times where Mumbai and Hyderabad have crossed paths, the former has won nine matches while the latter has emerged victoriously on eight occasions. In the last meeting, which was back in April of last year, Mumbai secured a 13-run win courtesy of stellar performances from Trent Boult and Rahul Chahar – neither of whom is currently a part of the MI squad. 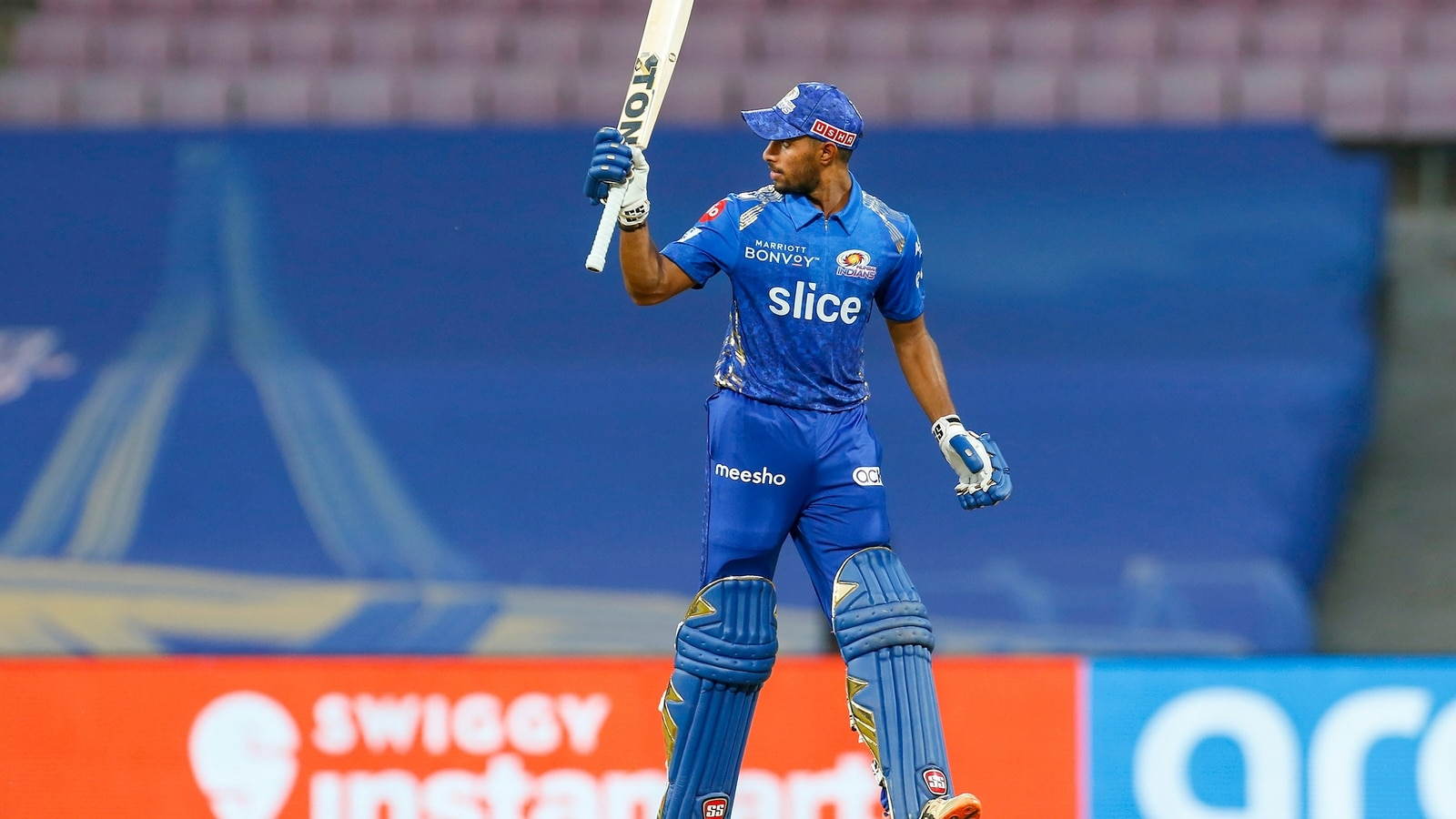 Tilak Verma: Mumbai has an enormous list of underperformers that includes some big names in the likes of skipper Rohit Sharma and vice-captain Kieron Pollard, but on the flip side, they have unearthed a gem in Tilak Verma.

Hardly anyone would have expected it at the start of the season, but the 19-year-old batter is currently the leading run-scorer for his team with 368 runs in 12 matches, which has come at an average of 40.88 and a strike rate of 132.85. Verma has scored a couple of half-centuries – against Rajasthan Royals and Chennai Super Kings.

Umran Malik: Like their opposition, Sunrisers too saw their big guns misfiring, with the likes of Williamson and Washington Sundar not particularly setting the stage on fire. Instead, they have been heavily reliant on a youngster as well – Umran Malik.

The scale is tipped in Mumbai Indians’ favour on both parameters – current form and head-to-head statistics. Having already been eliminated from the top-four race, it seems that Sharma’s men are playing with a lot more freedom, which is reflected in their performances. Hence, we have predicted Mumbai to secure two points from this fixture.