MS Dhoni criticized for controlling CSK’s fielding on the ground  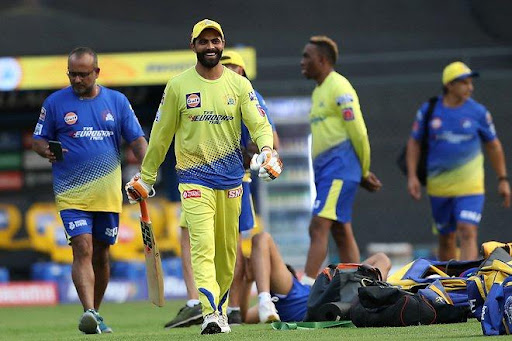 Dhoni was seen to lead the CSK in the second game

Chennai Super Kings has lost their second game against Lucknow Super Giants by 6 wickets while this is the first time in the history of IPL that Chennai lost their two opening games of the tournament.

Newly IPL franchise Lucknow Super Giants beat the most strong side of the IPL Chennai Super Kings by 6 wickets while chasing 211 in an IPL 2022 game on Thursday at the Brabourne Stadium.

During the game, it was seen that MS Dhoni was deciding the match while franchise new skipper Ravindra Jadeja was fielding in the outfield. Dhoni gave up captaincy to Jadeja before the start of this IPL edition, a move that was seen as an effort on the part of the legendary skipper to prepare Jadeja as a future leader.

While his decision to call the shots on the field against Lucknow in what was CSK’s second game of the season has not gone down with cricket experts. Former India player Ajay Jadeja was crucial of Dhoni taking charge against Lucknow Super Giants and said that it would have reduced Ravindra Jadeja’s confidence.

“Whatever I saw, it was wrong. There is no doubt about that. There is no bigger fan of MS Dhoni than me. I am his fan because of the temperament and the things he does. If this was the last game on which your qualification depended, then I still would have understood. In those situations, sometimes you take back the reins because there is a need for them. But in the second game, we got to see this, and I am not saying just because it is Ravindra Jadeja,”

“MS Dhoni is a big name, I do not like saying such things but we are here talking about the game, so I have no doubts in my mind, what I saw today, I did not like,”

Jadeja said Dhoni decided to give up CSK’s captaincy and it is all the more reason he should give Ravindra Jadeja the freedom to learn.

“I feel, there has never been a bigger captain than MS Dhoni nor will there be one. When it is your decision (to step down) and you want someone else (as captain), leave aside taking someone forward, you have taken the person backward,”

“The confidence of that person (Jadeja) has taken a big dent. He was not there in the play itself, not at the beginning and nor in the end,”

Chennai Super Kings have lost their first two games of the ongoing tournament while they will face the Punjab Kings on Sunday.

This is the first in the history of the IPL that CSK has lost their opening two games consecutively while Ravindra Jadeja’s side will meet the Punjab Kings on Sunday at the Brabourne Stadium.