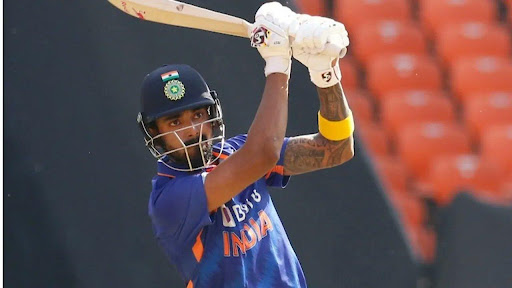 Indian skipper KL Rahul said his side was not anxious as it scored up an extensive five-wicket prevail upon Zimbabwe in the second ODI to secure the series with one match remaining here on Saturday.

Indian skipper KL Rahul said his side was not anxious as it scored up an extensive five-wicket prevail upon Zimbabwe in the second ODI to secure the series with one match remaining here on Saturday.

Pursuing 162 to win, India were 97 for 4 toward the finish of the fourteenth over before Sanju Samson’s unbeaten 43 off 39 balls brought the visitors back home with 24.2 overs left.

“We bat deep and it’s good for some of the guys to get time in the middle. We weren’t nervous,”

Rahul said at the post-match presentation.

“They (Zimbabwe) have some quality bowlers and they bowled well to Bangladesh, I watched on the television. The bowlers did come hard, they’re tall and big and strong boys.

“Good challenge for us as batters, but we bat deep so it wasn’t a worry.”

Rahul promoted himself at the top of the batting order to open the India innings with Shikhar Dhawan but was out for 1 in the second over of the run chase.

“It didn’t work (on the changed batting order), I wanted to get some runs but it didn’t happen. Hopefully in the next game,”

“We’re here to play good cricket and win. It’s a great turnout today, it’s a weekend, and wherever we go across the world we get good support from Indian fans, so thanks to them.”

Man of the match Sanju Samson said he enjoyed keeping wickets and contributing with the bat.

“Feels good to spend time in the middle. I took three catches but I missed a stumping too; as keepers, we’re used to listening to things we didn’t do well,”

said Samson, who took three catches and scored an unbeaten 43.

For hosts Zimbabwe, it was their second successive loss and skipper Regis Chakabva said his side needed execution with both bat and ball.

“We had a really good fight in the field. We’ve struggled to pick early wickets in the last few games and we did that today,”

“We fell short of runs on the board. Our execution lacked a little bit in the end, and we’re looking to score more runs. The bowlers came out charging and they tried to hit their lengths.”

Zimbabwe Cricket dedicated Saturday’s game to the cause of children’s cancer. The home team is donating USD 500 and a Zimbabwe jersey to a six-year-old who also got a signed ball from Sanju Samson.

Zimbabwe Cricket Board on Thursday named the Steve Kirby as

Babar Azam and Mohammad Rizwan starred in a 200-run chase