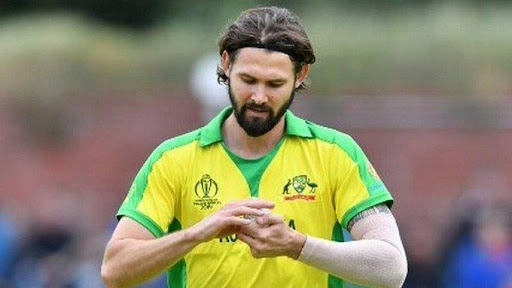 Australia’s ODI squad for the Pakistan tour has faced a major blow after Kane Richardson suffered a hamstring injury while training in Melbourne on Monday (March 21) before the start of the series.

Australia’s ODI squad for the Pakistan tour has faced a major blow after Kane Richardson suffered a hamstring injury while training in Melbourne on Monday (March 21) before the start of the series.

As a result of the injury, the selectors have called a replacement in the left-arm seamer Ben Dwarshuis for the white-ball series against Pakistan consisting of three ODIs and a single T20I.

Australia will now enter the field with an inexperienced bowling attack as the first-choice seamers like Mitchell Starc, Josh Hazlewood and Pat Cummins will not be part of the squad.

“Despite the small injury, it was determined that Richardson’s best interests were served by staying at home due to the long flight to Pakistan, four games in eight days, and tight turnarounds,”

Cricket Australia said in a statement.

Jason Behrendorff, with 11 games under his belt, will now be the most experienced pacer. While Sean Abbott has played two ODIs, Dwarshuis and Nathan Ellis are yet to make their debut for Australia. All-rounders Cameron Green, Mitchell Marsh, and Marcus Stoinis are the other pace bowling options Australia has at their account.

“One thing that will help is the guys have played a lot of T20 cricket,”

“They’re quite inexperienced for Australia but I think playing T20 cricket will help them in that regard. There’s a lot of skill in the group and guys that have been around one-day cricket for a long time domestically as well.

“Having a lot of a lot of faith in their own ability is really important. When you have got guys like Abbott, he’s been around (international cricket) for a long time, Behrendorff (as well) – they’ve played a lot of state cricket, so I think it’ll be fine.”