Jofra Archer injured again, not to play against New Zealand 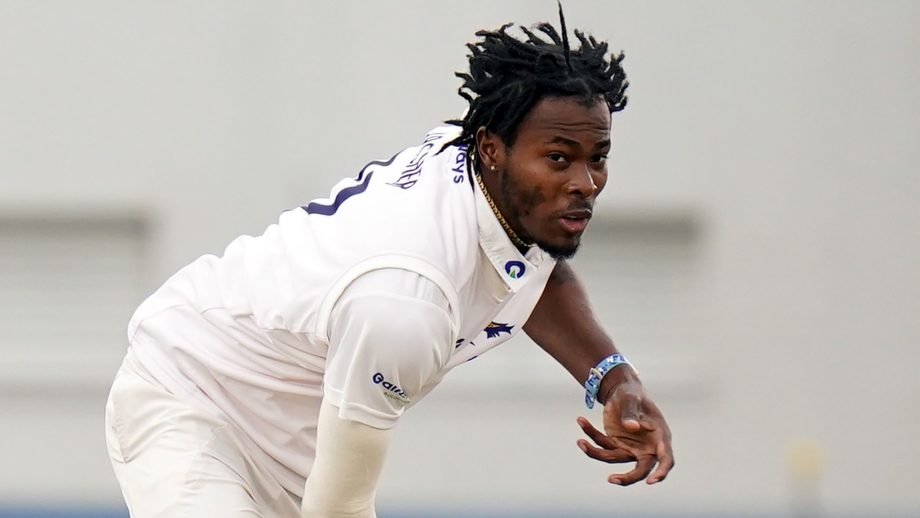 This year is not going good for England’s star pacer Jofra Archer. After his return from an injury for his County club Sussex in the ongoing County Championship 2021, Archer has been ruled out again due to an elbow injury & he won’t be able to play the series against New Zealand.

During a match against Kent at Hove this week, he bowled only five overs in the second innings before the 26-year-old quick was again disturbed by an injury in his bowling arm. In the month of January this year, Archer had undergone surgery to remove a piece of glass from a cut he agonised while cleaning a fish tank. The Bridgetown-lad made a promising start to his comeback game against Kent, picking up a couple for 29 in 13 overs.

Sussex captain Ben Brown asserted that he feels sad for the champion bowler as Archer did everything possible, but things couldn’t work out for him.

“He’s a champion cricketer, so talented and so gifted, but at the moment, he cannot do what he wants to do — he cannot do his skill. I really feel for him,”

said Brown as quoted by ESPNcricinfo.

“Jofra did the right thing playing in the second XI game the previous week, and we all want him to be fully fit and firing for England and for the Ashes. He needed to play in this match to prove his fitness, but it just hasn’t worked out this week,”

There is an official statement from England & Wales Cricket Board which confirms Archer’s absence for the England team against New Zealand for two match test series in June.

“The England and Sussex medical teams will now seek guidance, and Archer will see a medical consultant later this week to determine the next course of action on the management of his elbow,”