“It is a good feeling that you take 100 wickets in any format, which is a big thing,” says Chahal 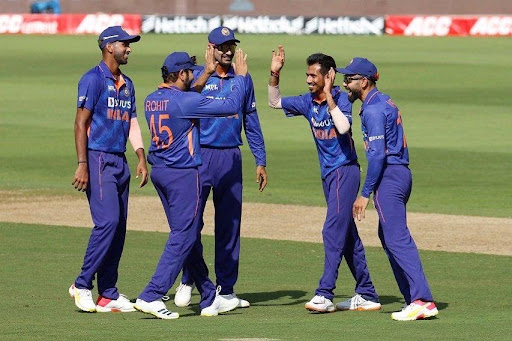 Indian leg-spinner Yuzvendra Chahal revealed that the white-ball skipper Rohit Sharma has made him realize that the more googlies he bowled, the more productive his leg-break would become.

Indian leg-spinner Yuzvendra Chahal, who took four wickets in the first ODI against West Indies, has rewarded new white-ball captain Rohit Sharma for the achievement, saying the skipper made him realize that the more googlies he bowled, the more productive his leg-break would become. India has won the match by 6 wickets and led the series 1-0 for the three-match series.

“We had spoken before the game. The thing which you said before the game, the thing I missed in South Africa, I didn’t bowl more googlies, so it was there in my mind,”

Chahal told Rohit in an interview aired on ‘bcci. tv’.

“The hard-hitters decide that if the ball is in his area, he will go for the shot…so when you said, ‘the more googlies you bowl, your leg-spin will be more effective. I bowled that to you in the nets and I realized it,”

According to Chahal, when he was not part of the team, he worked on changing his bowling angles.

“I changed my angles, there are slow wickets here. When I wasn’t there in the team, I pondered on what improvements can be made.

“I saw other bowlers, who became side-arm to bowl on these wickets. I noticed when I bowl in the nets, that the ball moves faster and you need more wrist,”

The right-arm leg break bowlers who picked his 100th wicket by dismissing Nicholas Pooran said it was a good feeling to get to the milestone.

“I had never thought that it would happen so soon. I continued what I kept doing,”