Ireland is leading the series 2-1

Ireland and Afghanistan will lock horns for the fourth T20I of the ongoing five-match series on Monday, 15th August. This match will be played at the Civil Service Cricket Club in Belfast.

This will be a must-win game for Afghanistan, given that they are trailing 2-1 and a win for the hosts will make the last match a dead rubber contest. However, this is not the first instance where Mohammad Nabi’s men had their backs to the wall.

They have had a pretty underwhelming outing in Belfast so far, as they lost the first two matches. The last game was another such do-or-die contest for them, but the Afghans did well to bring their ‘A’ game to the fore when it mattered the most. They will look to do the same on Monday, while Ireland will look to secure the series.

In the first game of the series, Afghanistan did well to score 168 runs after batting first. Usman Ghani was the pick of the batters as he struck a half-century, but his valiant effort went in vain as the bowlers could not match the batters in terms of performance.

Ireland chased down the total at the loss of only three wickets, courtesy of half-centuries from skipper Andrew Balbirnie and wicketkeeper-batter Lorcan Tucker. In the second match, it was the turn of Afghanistan’s batters to have an off day.

They batted first yet again but could only score 122 runs this time around, with the likes of Mark Adair and Joshua Little running riots. Ireland chased the total down fairly comfortably, with skipper Balbirnie playing another crucial knock.

The last game, however, saw the Afghan batters at their best. Batting first for the third match on the trot, they accumulated 189 runs as every member of the top four scored 35+ runs, In response, Ireland found themselves at 85/7 at one stage, staring at a humiliating defeat. George Dockrell and Fionn Hand’s late fireworks helped them avoid such an occurrence, but the duo could not prevent their team from succumbing to a defeat.

Afghanistan holds the upper hand when it comes to head-to-head records. They have beaten Ireland on 15 occasions in T20I cricket previously, whereas the boys in green have had the last laugh on only six occasions.

That being said, the recent form is inclined in favour of Balbirnie’s team. The Irishmen have won three of the last four T20I matches against Afghanistan, with the last game being the solitary exception. 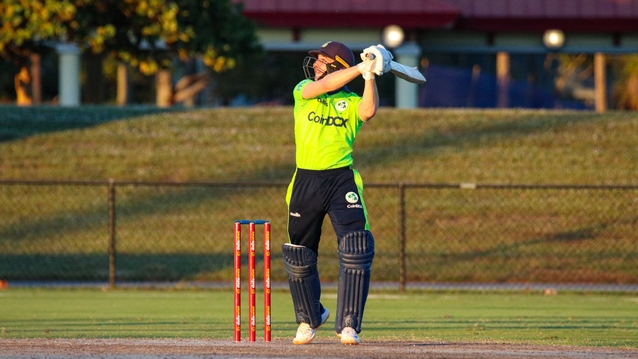 Lorcan Tucker: From Balbirnie to Dockrell, Ireland has quite a few notable performers with the bat. However, if we are to name their best batter in this series, it undoubtedly has to be Lorcan Tucker. The wicket-keeper batter’s record in T20I cricket was not impressive until this series, but he now is starting to realize his actual potential.

The 25-year-old has scored 108 runs in the three matches, maintaining an average of 36 and a strike rate of 133.33. He has scored one half-century in this series, and more importantly, has scored over 25 runs in all three matches.

Ibrahim Zadran: At a time when experienced batters like Hazratullah Zazai and Hashmatullah Shahidi are going through a rough patch, 20-year-old batter Ibrahim Zadran has been a breath of fresh air for the Afghan batting contingent.

He is currently leading the run-scoring charts for his team, having scored 82 runs in three matches at an average of 41 and a strike rate of 154.71. Besides the second match, Zadran managed to cross the 25-run mark in the other two matches.

Afghanistan might have made a comeback in the last match, but their bowlers are still not looking convincing and Nabi’s team is perhaps depending a bit too much on their batters to fire. Ireland, on the other hand, is a pretty well-balanced team, who have plenty of match-winners in their ranks. Hence, we have predicted Balbirnie’s side to win this match and subsequently clinch the series.