Ireland and Afghanistan will lock horns for the second and third T20I matches of the ongoing five-match series on two consecutive dates – 11th and 12th August. Both matches will be played at the Civil Service Cricket Club in Belfast.

Ireland has been playing good cricket in recent times. They showed glimpses of what they can produce against big teams in the likes of India and New Zealand, but unfortunately, the results did not portray a fair picture of their fight.

However, the result was in their favour in the first match of this series, as they handed Afghanistan a 7-wicket defeat. Andrew Balbirnie’s team will not look to win the next two matches as well, so as to clinch the series with two games to spare, while Mohammad Nabi’s boys will be eyeing a comeback.

In the first game of the series, Afghanistan batted first and scored 168/7, courtesy of a half-century from opener Usman Ghani and a late cameo from Ibrahim Zadran. While the target was not small, Ireland never really looked in trouble during the run chase.

Openers Paul Stirling and Balbirnie gave the boys in green a solid start, with the latter also scoring a half-century. Following Stirling’s dismissal, it was the turn of wicketkeeper-batter Lorcan Tucker to bring up his fifty, while young sensation Harry Tector played yet another impressive knock to secure a victory for his team.

This happened to be Ireland’s first victory in T20I cricket in eight matches. However, as we have mentioned previously, they did come close to beating India, New Zealand and South Africa in their recent fixtures.

As for Afghanistan, the story is quite different. This was their first defeat after four consecutive T20I victories, as they came into this series on the back of a 3-0 whitewash against Zimbabwe. Hence, they will look to find their form back.

Interestingly, Afghanistan is way ahead of its opposition when it comes to head-to-head records. These two sides have crossed paths twice previously, wherein the boys in blue have won 14 matches, while the Irishmen have won only five matches.

That being said, it has to be noted that both of the last two T20I fixtures between these two teams were won by Ireland. The last meeting of the teams before this series was in March 2020, when Ireland secured a victory in super over. 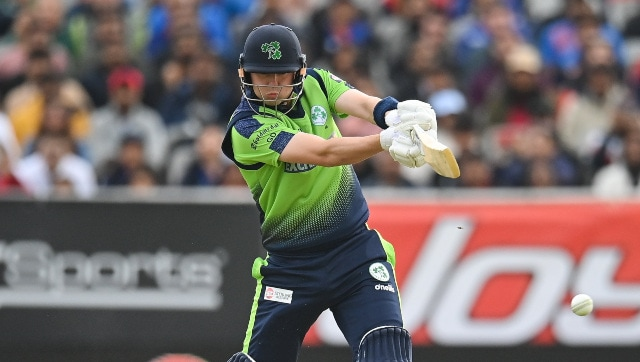 Harry Tector has been in sensational form with the bat

Harry Tector: Tector is only 22 years of age, but he has already established himself as one of the most important batters on the Irish side. He has played 40 T20I matches so far, in which the lad from Dublin has scored 738 runs at an average of 25.44 and a strike rate of 130.14.

In the last game, Tector came out to bat in a tricky situation. Ireland was only two wickets down with 123 runs on the board, but only 31 deliveries were remaining. Balbirnie’s team needed someone to bat in the fifth gear, and Tector did just that by scoring unbeaten 25 runs in 15 deliveries.

Rashid Khan: The Irish batters had a clear strategy against Rashid Khan in the last match. They paid the mystery spinner the respect that he deserves – by not trying to play big shots in his over. Instead, they went all guns blazing against the likes of Naveen-ul-Haq and Nabi.

As a result, Rashid ended up with figures of 4-0-25-0. However, the 23-year-old is still his team’s trump card. He has played 62 T20I games, in which Rashid has scalped 109 wickets at an average of only 13.23, while also being very miser in terms of conceding runs.

While it is true that Ireland has played an impressive brand of cricket recently, Afghanistan seems to have the edge in terms of squad strength. In Rahmanullah Gurbaz, Nabi, Rashid, and Fazalhaq Farooqi, the Afghans possess genuine T20I match-winners, who are well-drilled in this format having plied their trades in numerous franchise leagues all over the world.

Hence, we have predicted Afghanistan to win at least one of the two matches and keep the series alive for the fourth and the fifth T20I match of the ongoing series.