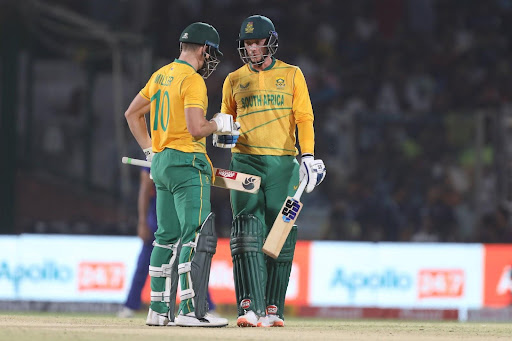 Can David Miller and Rassie van der Dussen steal a victory under India’s nose once more?

India will be raring to exact revenge against South Africa when the two sides square off against each other in the 2nd T20I at the Barabati Stadium in Cuttack from 07:00 PM IST. The Proteas bagged a seven-wicket victory over the Men in Blue in the first encounter and will be eyeing another win to bolster their hopes of sealing the five-game bilateral series quickly.

The last time India and South Africa locked horns at the Barabati Stadium in a T20I match in 2015, the match was in focus because of all the wrong reasons. The fans resorted to throwing water bottles onto the pitch as the visitors chased down the total of 93 with six wickets remaining.

The pitch in Barabati is known for aiding spinners because of the uneven bounce off the surface. Ravichandran Ashwin, Axar Patel, and Imran Tahir picked up six of the fourteen wickets, with two of the remaining eight being runouts. Even Suresh Raina got a chance to 19 deliveries in the game. 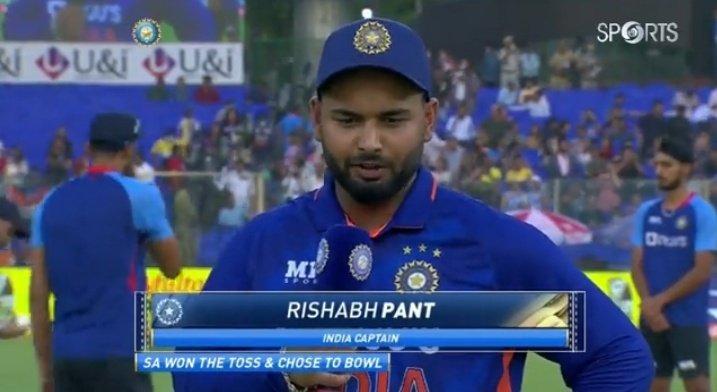 KL Rahul picked up a groin injury and Kuldeep Yadav sustained a blow in the nets as both of them will miss the rest of the T20I series against South Africa. This further dents India’s prospects in the second match as the likes of Rohit Sharma, Virat Kohli, Jasprit Bumrah, and Mohammad Shami have been rested following the IPL 2022.

Rishabh Pant will once again lead India from the front and will be eager to come up with better plans to dismiss South African batsmen. Both India and South Africa may head into the contest with an extra spinner to take maximum advantage of the pitch conditions and take out some pacers.

The match might turn out to be a low-scoring affair and unlike the previous one, anything above 160 will be difficult to chase.

India has locked horns with South Africa in 16 T20I matches and gained the upper hand nine times. However, the Proteas hold the advantage over the Men in Blue in terms of T20I games played in India as they have beaten the home side four out of five times.

In the first of the five T20I encounters at the Arun Jaitley Stadium in Delhi, India put a formidable total of 211 on the board courtesy of Ishan Kisan’s knock of 76 runs off 48 deliveries. Hardik Pandya showed no mercy on the likes of Wayne Parnell, Anrich Nortje, and Kagiso Rabada to score 31 runs from 12 balls at the death.

South Africa slowed down a bit in the middle and with the equation reading 56 needed to win from 24 deliveries, it looked like India had the match in their bag. However, the slow and steady Rassie van der Dussen went full throttle in the next two overs to bring down the required run rate to six per over as Harshal Patel and Bhuvneswar Kumar conceded 22 runs each.

Accompanied by David Miller at the other end, van der Dussen completed South Africa’s highest-ever run chase in T20I history by switch-hitting Yuzvendra Chahal for a boundary with five balls to spare. 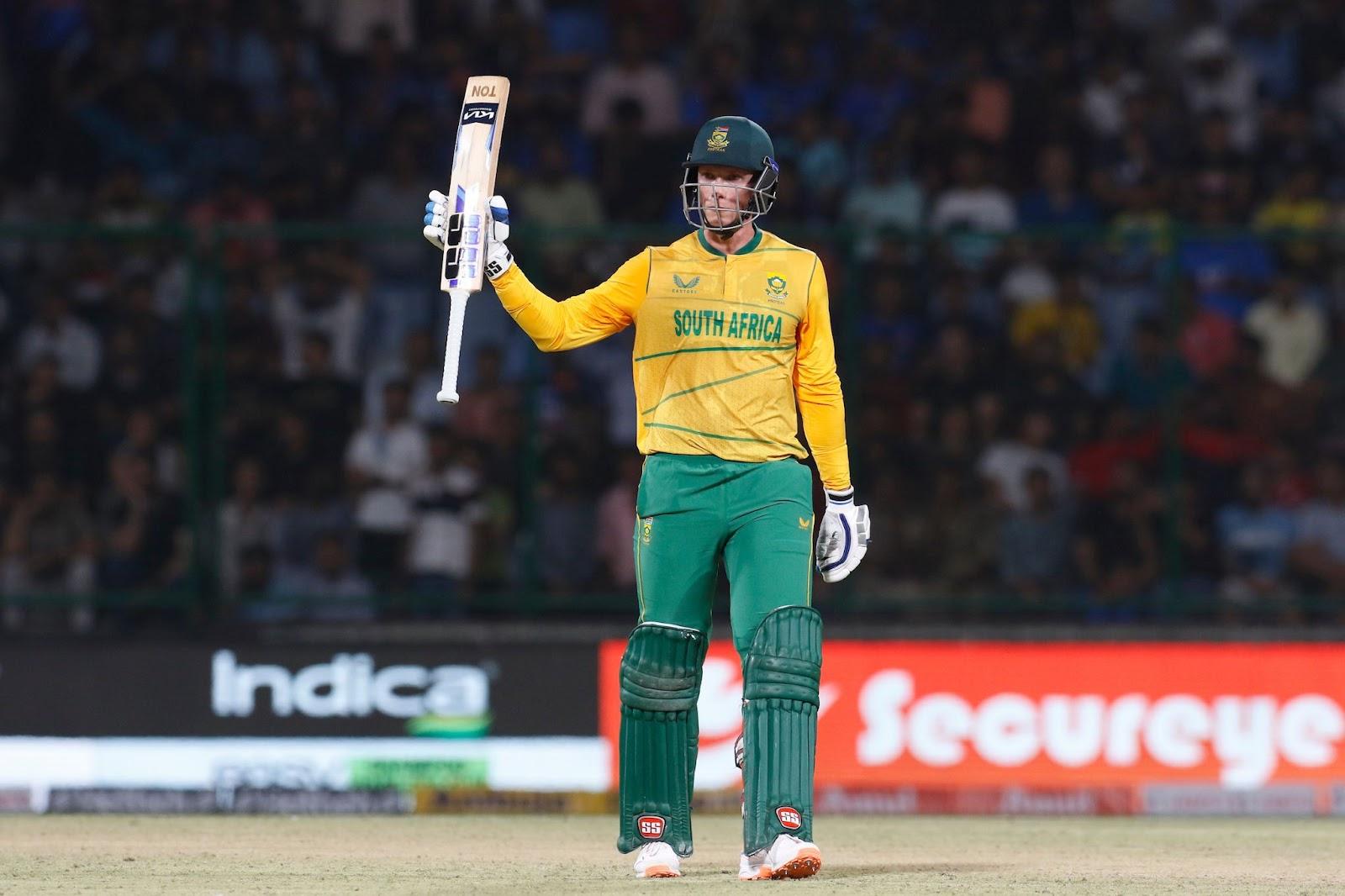 Rassie van der Dussen’s patience paid off in the end

Rassie van der Dussen: The right-handed middle-order batsman began his first T20I innings on a cautious note by mustering only 22 runs off 25 deliveries. But after a change of bat, he smashed 44 runs off the next 16 balls to cruise South Africa to a hard-fought win.

Shreyas Iyer gifted Rassie van der Dussen a lifeline by dropping a dolly at deep midwicket but the former and other fielders will be careful to hold on to the ball this time around.

Axar Patel: The slow left-arm orthodox bowler may have a forgetful game in the first T20I but will be eager to correct his mistakes. Hoping to capitalise on the spin-friendly conditions, Axar is expected to play a crucial role in the second T20I.

India will be more familiar with the conditions than its South African counterpart and will be eager to level the series. We expect the match to be a close one but India walks away with the victory this time.