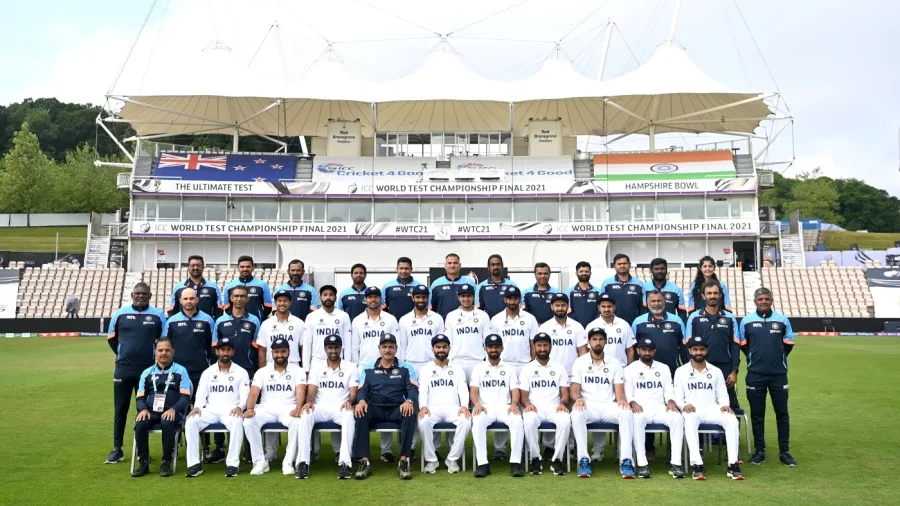 With the cricketing world waiting anxiously for the big news from the Indian cricket team camp, there were no big surprises as they announced their playing XI for the ICC World Test Championship final against New Zealand, starting at The Rose Bowl in Southampton from Friday, June 18.

The announcement brought about an end to a long-persisting round of speculations which claimed that the senior and India’s most experienced Test cricketer, Ishant Sharma, will have to make way for the young fast bowler Mohammed Siraj. The right-arm Siraj had made his debut in India’s series win in Australia about six months ago, an assignment which Ishant missed owing to his unreadiness for the tour.

India also sat out their preferred batting all-rounder Hanuma Vihari for the ICC WTC final against New Zealand, which will be the first of its kind. Vihari has been a regular member of the Indian Test side for matches away from home, and in his last appearance at the Sydney Cricket Ground he bravely fought a hamstring trouble to help India secure a series-deciding draw.

Ravindra Jadeja will be the all-rounder for this match whereas veteran spinner Ravichandran Ashwin, whose role in the away assignments continue to raise questions despite impressive showings over the last one decade. Ashwin and Jadeja have been the pillar of India’s bowling along with their preferred set of fast bowlers in Mohammad Shami, Jasprit Bumrah and Ishant.

India have also invested a lot of faith in their young opening batsman Shubman Gill, who has been out of form and evidently lacking confidence—as witnessed in the Indian Premier League (IPL) wherein he plays for Kolkata Knight Riders (KKR). Gill will team up with Rohit Sharma at the opening slot, which is followed by batting heavyweights in Cheteshwar Pujara, Virat Kohli, Ajinkya Rahane and flamboyant wicketkeeper-batsman Rishabh Pant.