Hurricanes beat Sixers by 7 runs in a tough contest, worst catch drop and an umpiring controversy 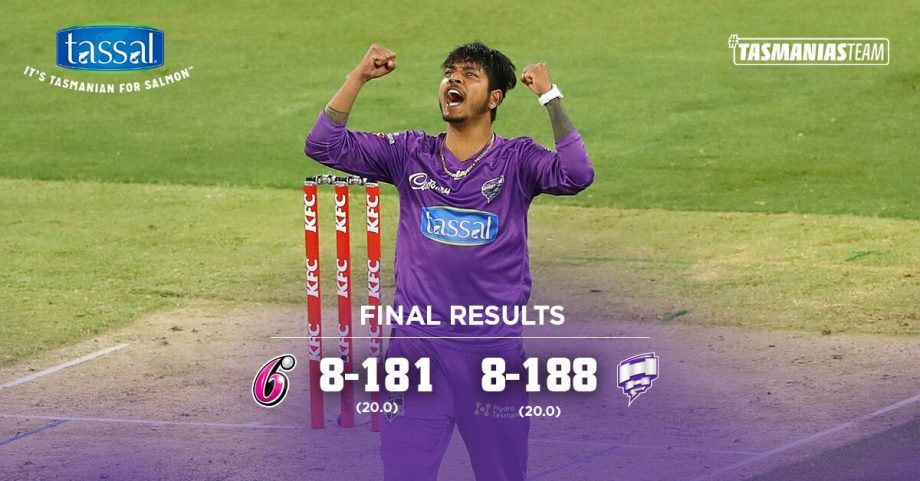 Mathew Wade and D’Arcy Short put a record-breaking partnership of 145 runs against Sixers to take Hurricanes to seal the victory in a close contest by 7 runs.

Hurricanes concluded the match by defeating Sixers with a margin of 7 runs but there was a lot of drama on Sunday night at MCG. After performing superbly with the bat, D’Arcy Short put down an easy catch horribly, a bowler hit the stumps for the bails to light and stay put and yet another umpiring controversy.

Batting first, Mathew Wade and D’Arcy Short put a magnificent show. The record-breaking first wicket partnership broke the records and went up to 145 runs but Hurricanes disappointed in the last few overs as they managed to score only 43 runs with the loss of 8 wickets, 188/8 at the end of 20th over.

The opening pair has listed them as one of the finest opening partnerships in BBL history. The duo completed a 145 run stand in the first innings, becoming the only combination who scored 4 hundred plus partnerships and all of them were above 120.

Given the remarkable start, the Hurricanes used their X-factor, Tim David to add more power in their lower order in the place of Peter Handscomb.

Mathew Wade was given a chance on 77 when he lifted the ball in the air before Daniel Hughes completely misjudged it and failed to get a hand under it.

Eventually, Wade threw away his century after playing a slow ball right into the hands of Ben Manenti, went to the pavilion on 86 off 44 balls including 10 fours and 3 sixes.

McDermott was next on the list, played just four balls before skying the ball straight in the hands of Abbott off Dan Christian.

Wickets kept falling one after the other, Will Jacks on 1, Dawid Malan 11 off 8, Nathan Ellis 2, X-Factor substitution Tim David 7 of 4, and Scott Boland was run out on the final ball for a duck.

Hurricanes started quite brilliantly but ended up 188-8, losing 8 wickets for only 43 runs.

Sixers young gun Josh Philippe started fine before getting out on a controversial lbw off the bowling of Scott Boland on 12 off 8.

Sandeep Lamicchane broke the partnership after getting Henriques dismissed on 43 and bowling Dan Christian the very next ball but unfortunately he could not complete his hat-trick.

Nathan Ellis picked-up the second of his three wickets after picking up Carlos Braithwaite in the powerplay, leaving Sixers on 116-6. He could have taken another wicket after Ben Dwarshuis got saved when the ball hit the stumps and did not fall.

Silk dropped twice by D’Arcy Short before holding the catch on the boundary in the final over to dismiss him on 78 for 49, his best BBL figure.

The Sixers finished on 181-8 with 7 runs short in a nervy finish. The Hurricanes jumped on to the fifth spot leaving Heat and Stars behind. These five teams are fighting for