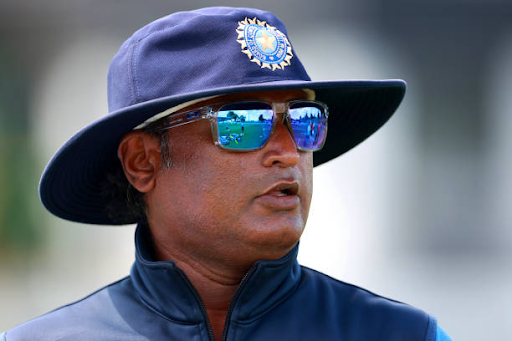 Powar want seniors to be putting their hand up

“Surprised” by the lack of intent shown by the Indian top-order in the loss against New Zealand, head coach Ramesh Powar has urged the team’s senior players to take more responsibility starting with the ICC Women’s World Cup match against West Indies, on Saturday.

The Indian top-order failed to fire once again as the Mithali Raj-led side scored just 50 runs off 20 overs while chasing 261 to eventually suffer a 62-run loss against hosts New Zealand on Thursday.

“I think it was one of those days where things didn’t go our way and honestly I was also surprised the way we batted 20 overs,”

Powar said at the virtual pre-match conference on the eve of the team’s game against West Indies.

“And if you look back (at the) last six games, which we have played against New Zealand, we were executing our plans well.”

Powar said the team has been given ample opportunities to practice in the lead-up to the tournament and it is now time to deliver.

“I want seniors to be putting their hand up, like Mithali (Raj), Smriti (Mandhana), Jhulan (Goswami), and win us the games single-handedly, because their participation and contributions in the win will brush off on the younger players,”

“I think it is the pressure of the World Cup but I don’t want to give any excuses. This is the right time to put your hand up and put up the performances.

India’s next game is an in-form West Indies side, which has already knocked over defending champions England and host New Zealand in their opening two games.

The coach emphasizes the need to show intent in the first 10 overs.

“(Sneh) Rana and Pooja (Vastrakar) are part of team India and we have been working hard on every player – be it pure batter or the all-rounder.

“These things will happen when the top three-four will struggle (and) bottom three will perform it is a team game, where someone has to cover for someone, everyone will not perform every game.

“Going forward it is important to show some intent when you bat in the first 10 overs,”

“And if you look around this World Cup, chasing is not easy but it was a good wicket to chase upon and we have messed up in the first 20 overs where I was expecting momentum and intent,”

Vice-captain Harmanpreet Kaur is back amid runs after undergoing a rough patch and Powar is confident the right-handed can win matches single-handed.

“If someone is out of form, that player is getting into form, I am happy. I was never disappointed when she was out of form because I know what kind of player she is, I have coached her in 2018 and I know her capabilities, she can win you games single-handedly,”