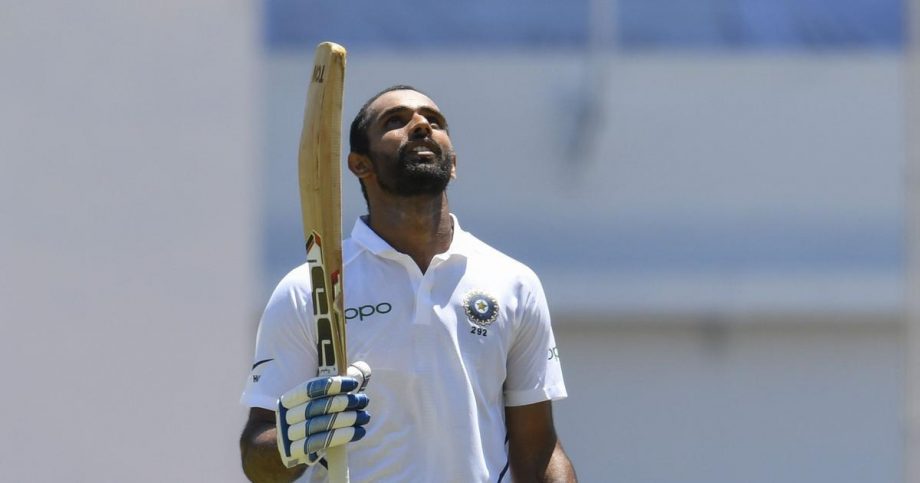 Back in 2018, Hanuma Vihari made his debut against England during the tour of England. It was the final match of the five match test series at the Oval & he started his test career with a half century. Although England won that match by 118 runs, Vihari left an impact.

After three years, Vihari has made a comeback in a more important role & that too in a more important match for his team. Of course, India faces England in the five-Test series starting the first week of August, but before that, Virat Kohli’s team will take on New Zealand in the final of the World Test Championship starting June 18 at Southampton’s Ageas Bowl. New Zealand became the first team to make the WTC final and were later joined by India, who secured their ticket with a win in the fourth Test against England recently at home.

Vihari last played for India during the Sydney Test in January, where he batted with an injured hamstring to save the Test match for India. England will be a tough tour, but Vihari sounded confident of India’s chances.

“I am trying to prepare in the best way possible for the WTC Final and the England series. It’s going to be interesting and exciting as well for all the Indian fans because it’s the first edition of the WTC. We are in the finals and we are playing New Zealand which is going to be challenging in this condition,”

Vihari marked his return to the Test squad having missed the home series against England due injury. Since recovering, Vihari hasn’t been able to put up the kind of scores he’d have liked. He has played three County games for Warwickshire, managing scores of 0, 8, 32, 52, 8 and 0. Ahead of a crunch tour, Vihari is eager to put his best foot forward and has backed the team to put up a commendable show.

“We all know that but the Indian team can do outstanding things. I am sure that we’ll be confident going into the WTC final. I am trying to prepare as best as I can for the WTC and the Test series after that,”