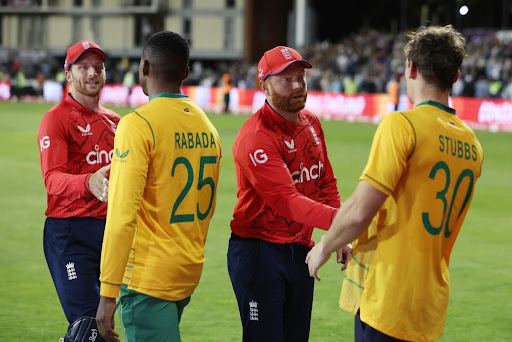 Up for the final white-ball battle

After playing the first two games on consecutive days, both combatants will now be heading to the T20I series decider to break the deadlock of 1-1 count. In those encounters, both teams have had their high and low moments but it’s the time to write it off and turn up big for the tie-breaker encounter. Southampton city’s Rose Bowl stadium will be the host of the final T20I fixture between South Africa and England on Sunday.

English skipper Jos Buttler has a golden opportunity to win his first series after taking over as full-time in-charge of the white-ball side. On the other hand, the Proteas captain David Miller is also eying on the same as this is his first full-fledged assignment in his captaincy career. Hence the final 20-over battle between these two combatants will be an intense one as both opposition captains are in search of their first-ever major breakthrough.

England fielded the same Playing Eleven in both fixtures of this series and are likely to do the same in the final game too. The only change we can expect in this English lineup is the inclusion of the 32-year-old Yorkshire pacer David Willey. Willey can make his way into the playing XI in place of Richard Gleeson who has picked four wickets but remained highly expensive with an economy rate of 12.71 in two matches.

On the other hand, South Africa has also done the same and they may not consider any changes in the lineup to continue the same momentum. Rassie van der Dussen and Anrich Nortje were respectively the highest run-getter and highest wicket-taker of the One-Day International saga against England. Surprisingly, both of them are yet to appear in the shortest format of this tour as the Proteas management has delivered a kind of crystal statement through their selection for each format. 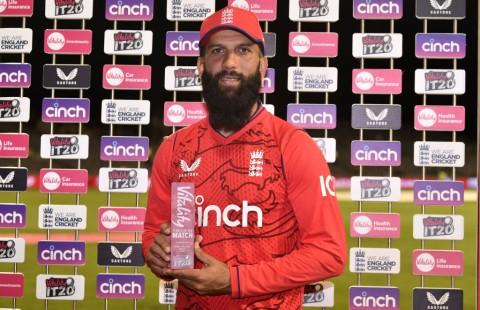 The Three Lions kick-started the T20I series in a style by posting a humongous total of 234 for six in the first innings of the opening game. In reply, the Green and Yellows played their hearts out to achieve the target but could fetch only 193 runs with the help of Tristan Stubbs’ heroics.

The youngster scored 72 from just 28 balls including two fours and eight sixes. The veteran English all-rounder Moeen Ali was adjudged Player of the Match for his pivotal contribution of a 17-ball fifty and a solitary wicket of opponent opener Reeza Hendricks.

The Proteas staged a powerful comeback in the following game with a convincing victory of 58 runs to level the bilateral series by 1-1. Once again a batting first team touched the 200 mark but this time it was the visiting side which posted 207 runs total on the board. Meanwhile, the Three Lions couldn’t survive in a high-scoring chase and got all-out inside the 16.4 overs on 149 runs and Rilee Rossouw who played an unbeaten knock of 96 was felicitated with the Player of the Match honour.

The head-to-head count between these two combatants moves on but the difference remains the same. The Englishmen are still leading the rivalry with a margin of just a single game as the head-to-head record is currently standing at 12-11 in favor of the Three Lions.

England extended the lead after emerging victorious in the opening game although the lead was quickly narrowed down to one by the Proteas in the following fixture. Having momentum right on their side, David Miller and the boys may equal the things at The Rose Bowl.

Jonny Bairstow: The 32-year-old explosive batter has to be the most consistent willow holder for the English side across all formats in recent times. Bairstow was the highest scorer of the first T20I scoring 90 runs off 53 balls and striking three fours and eight sixes at Bristol. He then went on to add 30 runs to the team tally in the following game at Cardiff before getting dismissed by Kagiso Rabada in the 15th over of the chase. 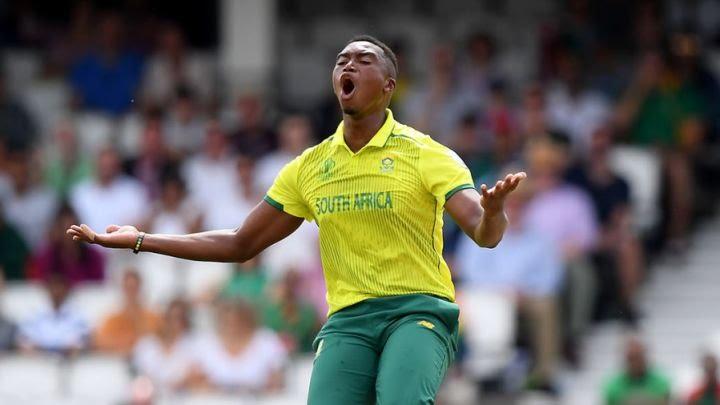 Lungi Ngidi: Lungisani Ngidi is currently topping the wicket-taking charts of this T20I series by fetching a whopping number of seven wickets from just two innings. Moreover, the fact that he has picked seven wickets after bowling just 6.4 overs and averages slightly more than a wicket per over. The Proteas speedster is in red-hot form as statistically speaking, his average (7.14) in this series is even lower than his economy (7.50).

South Africa has slightly better chances of winning this decider encounter owing to their current form and winning momentum. However, it’s quite hard to write off The Three Lions from the winning equation and especially after their thumping victory in the opening game of the series.

Hence we can expect an intense clash between two T20 giants unless rain decides to interrupt the gameplay just like it happened during the ODI series where the decider fixture was washed out.