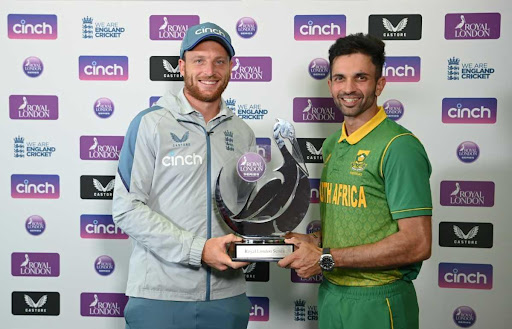 England somehow got away from another home ODI series loss and held the visitors for a 1-1 settlement after a rain interruption in the decider encounter. The T20 International series comes up with an exclusive opportunity for England to forge the dreaded run and end the home limited-overs season on a good note.

The opening fixture of this anticipated 20-overs saga between the Three Lions and South Africa will be played on Wednesday at the County Ground of Bristol city.

The English skipper Jos Buttler is yet to win a series since he has taken over the full-time charge of the white-ball side. In the absence of the Proteas’ first-choice captain Temba Bavuma, the veteran batter David Miller will be leading the green side in this bilateral competition. Miller is having a great run in elite-level cricket since his IPL triumph with Gujarat Titans and is looking forward to his first full assignment as in charge of the T20I side. 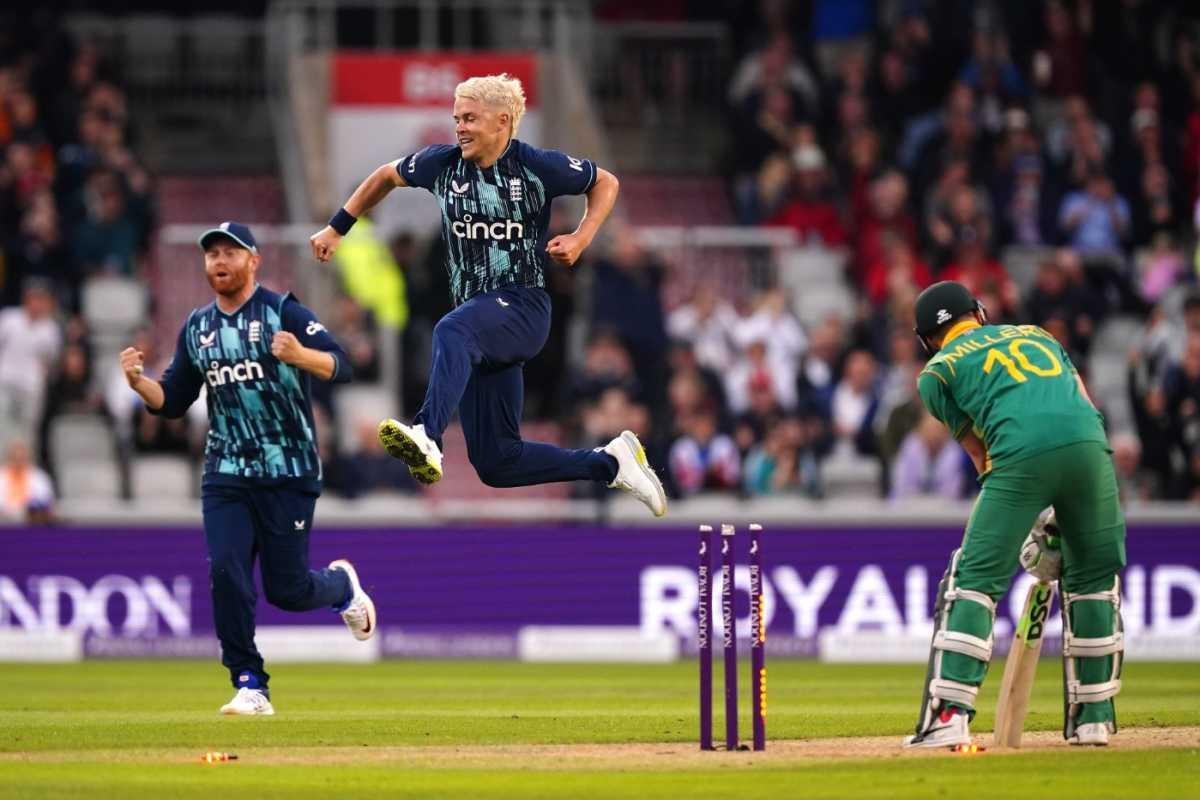 The man-in-form Jonny Bairstow missed the T20I series against India as he was given the rest amidst the Test and ODI series. The hard-hitting batter will be returning to the England T20I squad along with leg-spinner Adil Rashid who also missed the previous series due to the Hajj pilgrimage. The young all-rounder Sam Curran can also make his return to the Playing Eleven after an impressive ODI campaign against the same opposition.

In the absence of Temba Bavuma, the 32-year-old batter Reeza Hendricks is expected to open the South African innings along with QdK. There are also high speculations of Aiden Markram’s selection in the Playing Eleven and his return to the T20 internationals after a one-year halt.

Kagiso Rabada skipped the 50-over series to manage the workload and will be returning to join the hands with the speedster Anrich Nortje while Dwaine Pretorius will be the third pacer in the lineup.

Since the completion of the 2021 ICC T20 World Cup, the Three Lions have participated in only two 20-over series and lost both of them. The recent defeat at the hands of the Indian team was the painful one as the Men in Blue completely outplayed them on their home soil. English cricket fans are raising questions on their road to the upcoming T20 World Cup as the mega event is just around the corner and they only have six games left to complete the preparations.

On the other hand, South Africa may have bottled the opportunity to beat India in India a month ago but a 2-2 draw against such an elite side proved the Proteas side’s point.

At one point South Africa was leading the bilateral saga by 2-0 but then the Men in Blue bounced back in the following two fixtures and the decider was washed out by the rain. This England tour will play a key role in their preparations as the Green and Yellows will be initiating their implementations in this series.

The two elite T20 format nations have faced each other 22 times in the shortest format of the game. The Three Lions are currently leading the head-to-head count with the slightest margin of 11-10 and a solitary encounter remained resultless. While coming to the English conditions, the head-to-head record on the English soils remains neutral on a 2-2 scoreline.

The previous face-off between these two combatants was the final Group A fixture of the 2021 ICC Men’s T20 World Cup held at Sharjah Cricket Stadium. The Proteas registered a 10-run victory over the 2016 edition runners-up and it stood as England’s only defeat in the Group Stages of the tournament. South African batting sensation Rassie van der Dussen was adjudged as the receiver of the Player of the Match award for his game-defining innings of unbeaten 94 runs off 60 balls.

Reece Topley: Topley is undoubtedly the most consistent performer in the English white-ball roster right now. He was given rest in the opening ODI game against South Africa where his presence was dearly missed by the English fans as their bowling unit conceded a whopping total of 333 in 50 overs.

The left-arm Surrey pacer returned to the playing XI in the following fixture and played a vital role in restricting the Green and Yellows on the minimal total of 83 by trapping the big fishes Janneman Malan and Rassie van der Dussen on ducks. 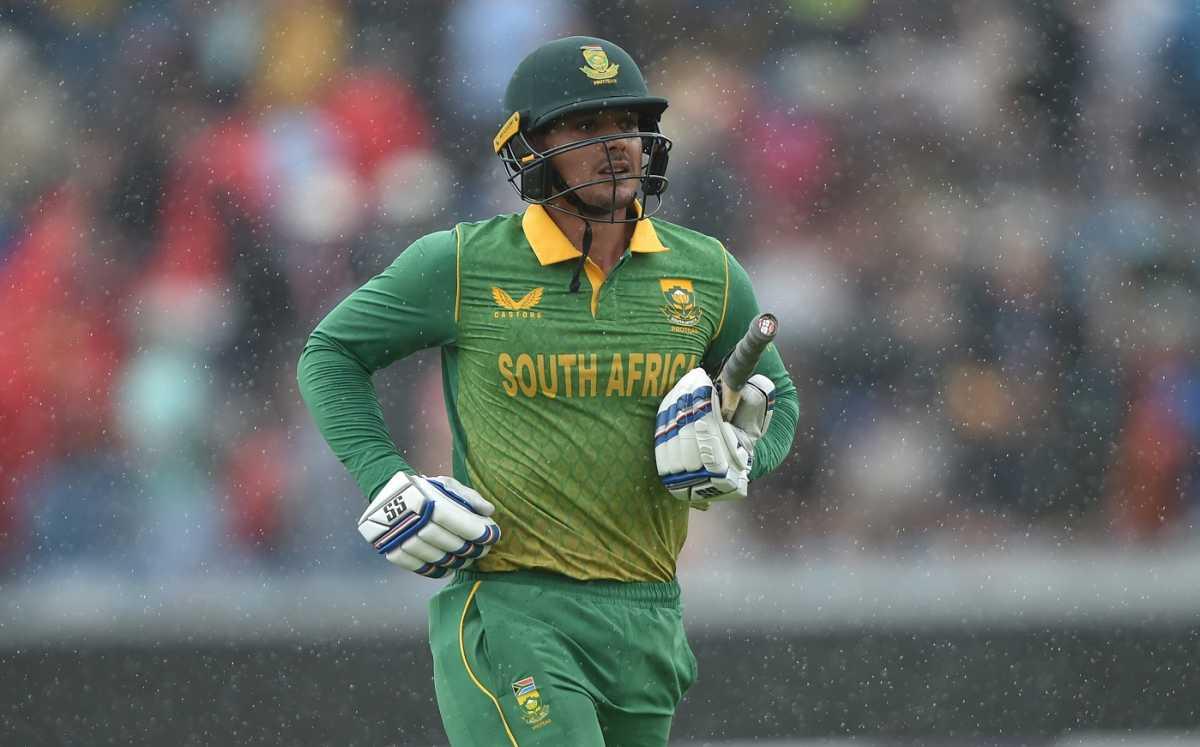 Quinton de Kock: The star wicket-keeping batter delivered a flop show in the T20I series against India but quickly managed to bounce back in his very next white-ball series. However, he couldn’t make a huge tally in the first two ODI fixtures but eventually turned up big in the decider encounter scoring an unbeaten 92 runs off 76 balls with a strike rate of 121.05 before the game was halted by the rain. De Kock will have a huge responsibility of providing good starts to the Proteas side by forming a deadly opening duo with Reeza Hendricks.

The current form of the participating players suggests that South Africa will take the T20I silverware home without any concern. However, it is quite impossible to rule the English side out of the winning equation when the game is being played in their home conditions. Hence it is going to be an exciting contest between these two top T20I sides where an intense battle is guaranteed.