England fight back against India in 1st Test at Trent Bridge 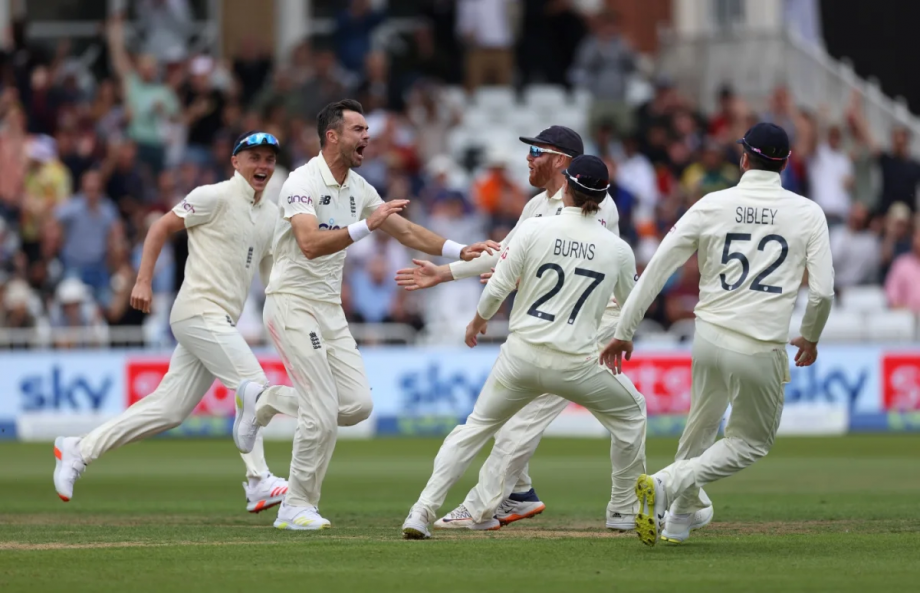 James Anderson provided England an entry into the contest taking place against India at Trent Bridge by removing Virat Kohli for a duck and Cheteshwar Pujara for 4, as the visiting team suffered a mini collapse after a strong start on a rain-hit second day of the opening cricket Test.

India were struggling at 125/4 after reaching a strong position at 97/0 close to the lunch break on the second day on Thursday, but Ollie Robinson got Rohit Sharma caught for a well-made but a small total of 36, following which the visiting team had a poor time in the middle against England bowlers.

Anderson struck twice in short span of time to remove India’s batting backbone in Cheteshwar Pujara, getting him caught behind by Jos Buttler for 4 and then rocked India’s core by dismissing his arch rival Virat Kohli for a first-ball duck, claiming the wicket of the Indian captain after a long wait.

But rains intervened to stop the proceedings in Nottingham as expected, while India reached 125/4 with Ajinkya Rahane getting run out for a mere 5. India must be very disappointed given how they lost a position of control, after their opening pair of Rohit Sharma and KL Rahul provided them with a strong start in the first innings.

Rahul was the pick of the batsmen from India as he cracked a superb fifty on his comeback game in the longest format. Rahul was batting on 57 not out, which came from 151 balls including nine fours and he had some rich company at the other end in form of the aggressive Indian wicket-keeper batsman in Rishabh Pant. The Indian team would hope that Pant comes up with a fiery innings on the third day of this Test as they are still behind by a margin of 58 runs in the first innings.

Earlier in the contest, England remained under pressure for a long time on the first as well as the second day after a poor batting performance against the Indian side saw them being bowled out for 183. Jasprit Bumrah was the star performer with the ball for India, taking 4/46 in his 20 overs whereas Mohammad Shami took 3 wickets. Shardul Thakur did extremely well to claim 2 wickets for himself and the fourth fast bowler in the team, Mohammad Siraj took 1 wicket in the English innings.

The ongoing match is expected to be continuously disturbed by rains as all three remaining days of the contest have poor weather forecasts.