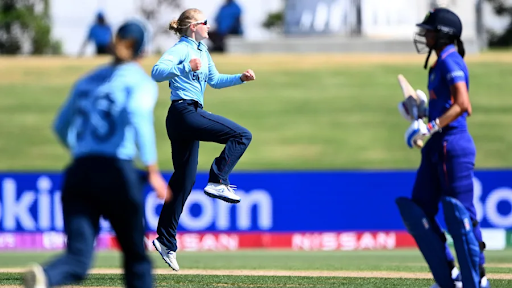 England celebrates as India crumbles pressure against the quicks

The defending champions England were up against the runner-ups, India in the second fixture on Wednesday in the ICC Women’s World Cup, from last season. England found their first win in the tournament with the win over their opponents.

Earlier in the day England Women’s won the toss and decided to bowl first. They backed up their decision to bowl first with some excellent bowling and fielding. The Indian top-order was sent back to the pavilion in no time. India lost Yastika Bhatia, Mithali Raj and Deepti Sharma in the power play. The Women in Blue were reduced to 28-3 after 8 overs.

India opener Smriti Mandhana and former skipper Harmanpreet Kaur had a little partnership going but in the 17th over Kaur was sent back to the dugout. Indian wicket-keeper batter Richa Ghosh and the veteran Speedster Jhulan Goswami were the other two batters who had a significant contribution to the total.

The Indian innings never really got going, whenever things started to settle a touch they lost back-to-back wickets. In the end, all India could manage was 134 runs in 36.2 overs. Charlotte Dean was the pick of the bowlers for England as she picked up 4 wickets for 23 runs in 8.2overs.

Even though the total was way below par India still managed to make life difficult for the English batters. India started in the best possible way as Tammy Beaumont and Danielle Wyatt both the English openers were dismissed within 3 overs. But post that Knight and Sciver managed to get things back on track. India found it difficult to create pressure with such a low total on the board. England ended the power play at 34-2, however, things started to get easier for the English batters with every passing delivery. 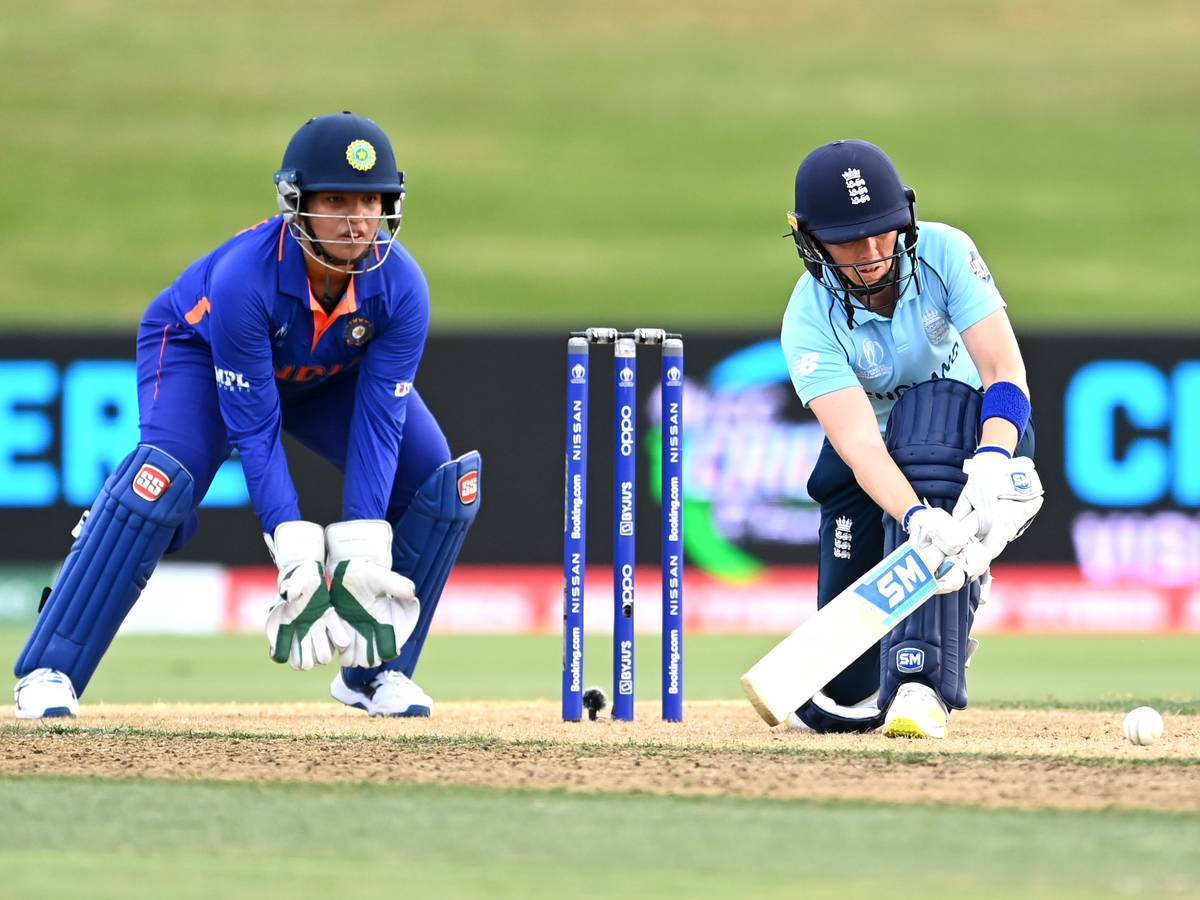 Sciver and Knight stitched a 65 run stand for the third wicket. Sciver scored 45 runs at a strike rate of 97 to take this game away from India. She was dismissed in the 17th over but by that time things did become a lot easier for England.

Knight kept on scoring from one end, she went on to complete a well-worked half-century. England did lose a few wickets from the other end but it was a touch too late and the result was pretty much obvious. Singh picked up two wickets in the 30th over but with only 7 runs left the writing was on the wall. England ended up winning the match by 4 wickets as they chased down 135 runs in 31.2 overs.

Charlotte Dean was awarded the Player of the Match for her brilliant performances with the ball. The Indian skipper was once again disappointed with how her batters performed with the bat, Raj during the post-match presentation had this to say about her team,

“We didn’t have partnerships up top. It didn’t go according to plan for us despite getting what we wanted after the toss. When you lose you always think that the total is a bit short. But, yes anything over 200 would have made it a much better encounter. We have been working hard on our fielding and it has done wonders for us. Our batting is a concern but we will try to improve on it in the next match against a team that is yet to lose in the tournament.”

The Indian team have now been beaten twice this tournament and are in desperate need of a win to keep their chances to make it into the playoffs of the World Cup. With the team’s next biggest challenge in the form of Australia in their upcoming game, the Blues will have to put their best foot forward.