Can revamped Delhi Capitals go one step further and be fourth time lucky?

Delhi Capitals have never got their hands on this trophy

Barring three seasons, the erstwhile Delhi Daredevils have never been a playoffs contender till IPL 2019, let alone being contenders for the title. However, things changed for good with the arrival of the new co-owner and rebranding of the franchise.

In only the three-year-long Delhi Capitals era so far, the team from the capital city has established themselves as one of the prime contenders for the trophy. They have made it to the playoffs in all of the last three instalments of this tournament, albeit without crossing the final hurdle.

That will be the Capitals’ primary objective this season, and given the squad that they have assembled at the auction table, there is no reason not to consider them as one of the favourites. Ricky Ponting’s team features a good mix of experience and exuberance with a few big names in every department.

Excellent top order: Delhi Capitals boast of one of the most intimidating top four of this competition. David Warner and Prithvi Shaw are likely to open for them with Srikar Bharat or Yash Dhull coming in at No.3 and skipper Rishabh Pant following either of them onto the pitch.

The opening pair of Shaw and Warner in itself is a nightmarish proposition for any given bowling unit. Aussie batter Warner’s strike rate has taken a dip recently, but he has an IPL career average of over 40. He could play the role of a sheet anchor, given that Shaw likes the take on the bowlers early on, as testified by his IPL career strike rate of 146.30. Besides that, both Pant and Bharat have an average of over 35 in this tournament.

Proven pace attack: Besides a fantastic top four, Delhi also possesses an excellent pace contingent, led by South African pacer Anrich Nortje. He has 34 IPL wickets to his name and will like to scalp early wickets, whereas Shardul Thakur can be pretty handy at the death overs.

Pant’s team also has a trio of talented left-arm pacers in Khaleel Ahmed, Mustafizur Rahman, and Chetan Sakariya with one of them likely to feature in the playing XI. 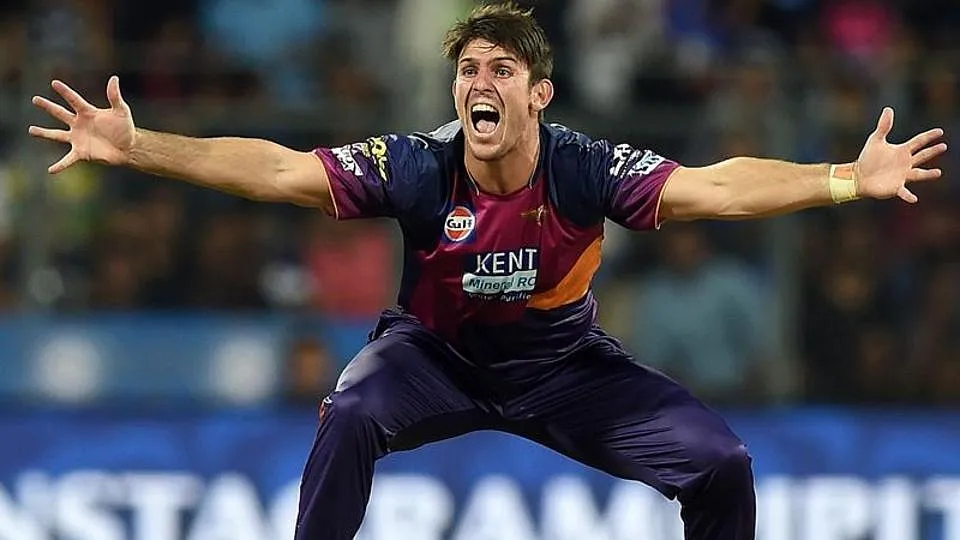 Mitchell Marsh is yet to prove his mettle in IPL

Finishers are yet to prove their mettle in IPL: Delhi has spent INR 17.80 crores on three all-rounders in Mitchell Marsh, Axar Patel and Rovman Powell. While these players will improve the overall balance of the team, given that they can contribute with both bat and ball, there is one problem.

Marsh and Patel have had success in international cricket but their numbers with the bat in IPL are not satisfactory. The Aussie has an IPL average of 17.30 and the highest score of 38, while Patel’s average is 17.23.

Powell, on the other hand, has been a part of Kolkata Knight Riders previously but is yet to make his IPL debut. With this trio expected to form the middle-order, Pant’s team could be in a spot of bother if they lose early wickets in any match.

The spin department lacks a leader: Besides proven finishers, Delhi also lacks a recognized leader for their spin department. Axar Patel can do a bit of everything, but having picked up only 95 wickets from 109 matches, he would not be the frontline spin option of the franchise.

They will have another option in Kuldeep Yadav, who once was a consistent wicket-taker for KKR but has hardly done anything significant in recent times. In his last two seasons, he has played 14 matches and has picked up only five wickets.

The Delhi management will have a plethora of Indian talent at their disposal, most of whom have been in terrific form.

The U19 World Cup-winning skipper, Yash Dhull is scoring centuries for fun in the Ranji Trophy, while Sarfaraz Khan has made it clear that it is about time to reopen his case, as he is playing match-winning knocks for Mumbai in almost every other game.

Besides them, the likes of Ashwin Hebbar and Ripal Patel have also shown what they are made of, in the domestic circuit.

An inexperienced middle-order could prove to be the Achilles’ heel for Delhi Capitals, whilst the ongoing bilateral series between Pakistan and Australia will further deplete their options, although temporarily.

Warner, who is a part of Australia’s Test squad, could miss the first match of IPL 2022, whereas Marsh might miss a few more games as he has been included in both the ODI and the T20I squads.

Ponting’s team does not have a like-for-like replacement of Marsh, whereas Tim Seifert, who could be Warner’s replacement, has played only a solitary match in this competition.