BCCI is facing different kinds of problems with head sponsors  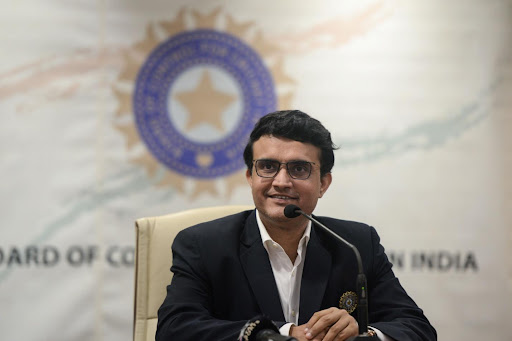 After multiple rounds of negotiations, Byju's offer for a contract extension from 1.4.2022 until the end of ICC Men's World Cup 2023 at a 10% incremental rights fee was approved by the board.

The Board of Control for Cricket in India (BCCI) seems to have issues with its two major sponsors – Byju’s and Paytm.

The Board of Control for Cricket in India (BCCI) seems to have issues with its two major sponsors – Byju’s and Paytm. The brands holding the Team Sponsorship Rights owe almost INR 80 crore to the BCCI and have also not submitted the required bank guarantee and the latter wants to sublicense the title rights to MasterCard.

A note put up before the BCCI Apex Council in Mumbai Thursday (July 21) and seen by Cricbuzz, says,

“After multiple rounds of negotiations, Byju’s offer for a contract extension from 1.4.2022 until the end of ICC Men’s World Cup 2023 at a 10% incremental rights fee was approved by the board.”

Byju also seems to be looking for third-party branding.

However, the company has denied the objection that the payment is not due from its end.

“We’re extremely proud to be the principal sponsor of the Indian cricket team,”

a spokesperson of the Edtech company told Cricbuzz on Thursday night.

“No outstanding payment is due. We are extending the contract and payment terms for the same will be as per the new contract.”

However, the BCCI’s note is somewhat different.

* Bjyu’s have been insisting on agreeing to the revised payment arrangement i.e. via a third party which shall be mentioned in the contract. BCCI’s last communication to Byju’s on 12.7.2022 has been to sign the amendment as per the agreed revisions mentioned above.”

About Paytm, the rights holder of the title sponsorship, the situation is different. The mobile financial service firm has requested the BCCI to assign the title rights to MasterCard.

“Given the COVID situation, during the last two years, Paytm’s many businesses have needed to make dynamic changes in their plans and marketing spends. On 1.7.2022, Paytm sent an official request to BCCI for assigning their Indian home cricket title sponsorship rights to a global leader in its category, Mastercard.

“As per the current agreement with Paytm (period 1st Sep 2019 till 31st Mar 2023), there is a provision for assignment of rights to a third party, however the timeline for such a request was to be made on or before 1st July 2021 for the assignment w.e.f. 1st Sep 2021 with a 5% assignment fee at the same deliverable terms.

“The timeline for the request to assign posts the due date, however, we can make an exception looking at the long-standing relationship with Paytm and consider their request favorably.”

A Paytm official is yet to be reached.

ICC media rights are clarified to the broadcasters but they