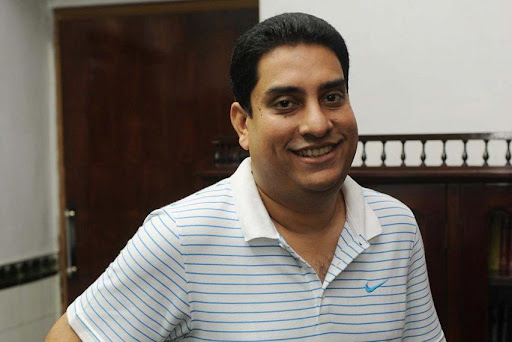 BCCI’s three-member committee has found the journalist Boria Majumdar guilty of “threat and intimidation” towards the Indian cricketer Wriddhiman Saha.

BCCI’s three-member committee, which was formed after Wriddhiman Saha accused a journalist of “threat and intimidation”, has found the journalist (Boria Majumdar) guilty as revealed by the cricketer in the hearing.

BCCI’s Apex Committee has banned the journalist for two years any involvement in cricket.

In an email to the state associations, BCCI’s interim CEO Hemang Amin announced the sanctions imposed on Boria which in turn will deny the journalist of any press accreditation, interviews with “registered” players, and access to any BCCI or state cricket for a total of two years.

The committee comprising BCCI Vice-President Rajiv Shukla, Treasurer Arun Singh Dhumal, and Apex Council Member Prabhtej Singh Bhatia was set up on February 25 after Saha has tweeted a screenshot of messages he had received from the journalist on Saturday (February 19), after the keeper-batter was left out of India’s Test squad for the forthcoming series against Sri Lanka.

The committee was constructed “to look into the matter of Wriddhiman Saha receiving threats and intimidation from a senior journalist”.

“After all of my contributions to Indian cricket…This is what I face from a so-called “Respected” journalist! This is where the journalism has gone.”

Another message sent by the journalist said that:

“You did not call. Never again will I interview you. I don’t take insults kindly. And I will remember this.”

Majumdar had recently revealed in his paper that he would file a case against Saha for the defamation suit.

“I’m filing a defamation case on Wriddhiman Saha. He has doctored, tampered with, and manipulated screenshots. Earlier today, I sent the BCCI all the details and I have emailed everybody in the BCCI the entire sequence of events. I have also tweeted my side of the story,”