Australia outclassed India in the third day of 1st Test at Adelaide, India broke the 65 years record of lowest total 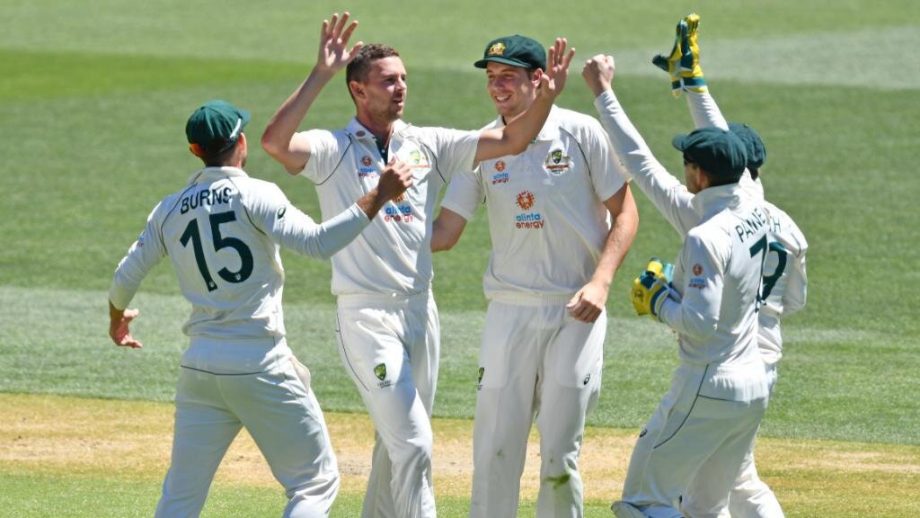 Virat Kohli accepts that this was their worst performance ever and he cannot see such embarrassing loss in the pages of history but he has also urged people to not “Make mountain out of a molehill.” The first Test did wonders for Australia as India bowled out in the first session of day three at Adelaide and won the match quite easily with 8 wickets in hand. It was the lowest Test score in the history of Indian cricket.

Kohli also talks about the “Lack of intent” in their batsman. He did not mention the names as it was obvious for every batsman. Mayank Agarwal’s 9 (40) defensive approach was weird to explain as India was in a clear advantage on day 2, with a lead of 62 runs.

Kohli looked broke as his team could not perform up to the standard in the first day/night Test match between Australia and India, as expected, but he is also confident to give a strong comeback.

“I don’t think we have ever had a worse batting performance than this. So we can only go upwards from here and you will see guys stepping up and realising their true characters,”

‘Let’s not make mountain out of a molehill’

The Indian captain desperately tried to defend what they have done at Adeliade but he looked in pains as it was undefendable, added to the six flop overseas batting show less 250 in this year.

“It’s a strange one, to be honest in my opinion. The ball didn’t do much but we didn’t have too much intention of going out there and taking the game forward,”

“Everything happened so quickly that no one could make any sense of it,”

Kohli was shocked as could not figure out the sudden collapse in the batting order.

The Australian series of 2018 was saved under the captaincy of Kohli, but Indian has had too many collapses such as six on the trot and starting with New Zealand early this year but Kohli felt that nothing is alarming about that.

“I don’t think it’s alarming and we can very well sit here and make a mountain out of a molehill, it’s looking at things in the right perspective,”

“You have just spoken about five or six batting collapses in 8 to 9 years if I am not wrong. There will be collapses again and again and we have to accept our mistakes and what we need to work on.”

“This is not club level cricket and there is a lot of pressure involved at different stages and as batsmen, we take pride in doing our job for the team. We are not vulnerable to getting out cheaply or vulnerable to a collapse,”

The Indian captain, Virat Kohli thinks that there is no need to look at the past and cry over spilt milk but learn from the past mistakes and take forward actions against it.

“Rather than going into the past as to what has happened and let it linger on in future, I don’t think that’s productive at all. The team definitely doesn’t think like that and you learn from your mistakes and move forward.”

He did not cover up things with talking instead he accepted all the mistakes done by him and his teammates and they are looking forward to giving a strong comeback.

“We played enough cricket to understand what needs to be done at different stages in a Test match. It’s just lack of executing a plan which is apt for that situation on Day 3,”

“We arrived today with 9 wickets in hand. We should have put in a stronger batting performance. I don’t think any mental fatigue is involved and I don’t think that’s a factor,”

There were no demons in the ground but Josh Hazlewood (5-3-8-5) and Patrick Cummins (10.2-4-21-4) showed a high octane bowling. The impact of which may be seen in the remaining three Test matches. Adelaide witnessed the lowest total in the Test cricket of India which is 36 in the first Test against Australia, the hosts sealed the win by 8 wickets.

India’s previous lowest score was 42 at Lords in 1974 against England, known in the Indian parlance as the “Summer of 42.”